Sant’Egidio, the diplomacy of humanism that sows peace SDG 16 EN

Sant’Egidio, the diplomacy of humanism that sows peace

PEACE, five letters containing more than a distant wish, a dream, or a utopia in a world wounded by conflicts, where tension, polarization, and rejection of different, especially if they are poor, are on the rise.

In the Community of Sant’Egidio, a Catholic association of lay people, daughter of the Second Vatican Council and present in more than 70 countries, we believe that peace is a right and a good of all humanity that must be preserved built as a shared responsibility at all levels.

Peace is too important to be left solely in the hands of politicians, diplomats, or the military. It is not enough to simply say “NO WAR”; peace must also be built and preserved.

We have seen how our work for peace has borne concrete fruits in many countries, but we also see that peace is not guaranteed, as seen with the resurgence of violence in northern Mozambique. Therefore, peace must be protected, preserved, and built.

More than two decades after the 9/11 attacks, we also see how war continues to be the international response to terrorism and conflicts and how a warmongering logic is being installed within countries, fueled by nationalist, populist, racist, and often violent rhetoric.

Amid the 21st century, we see the risk of war closer with the growing tension between the West and Russia due to Ukraine, which brings the conflict closer to the European continent. With this risk, so many conflicts persist that no longer make the headlines but hit the poorest countries in the world.

War, the mother of all poverty 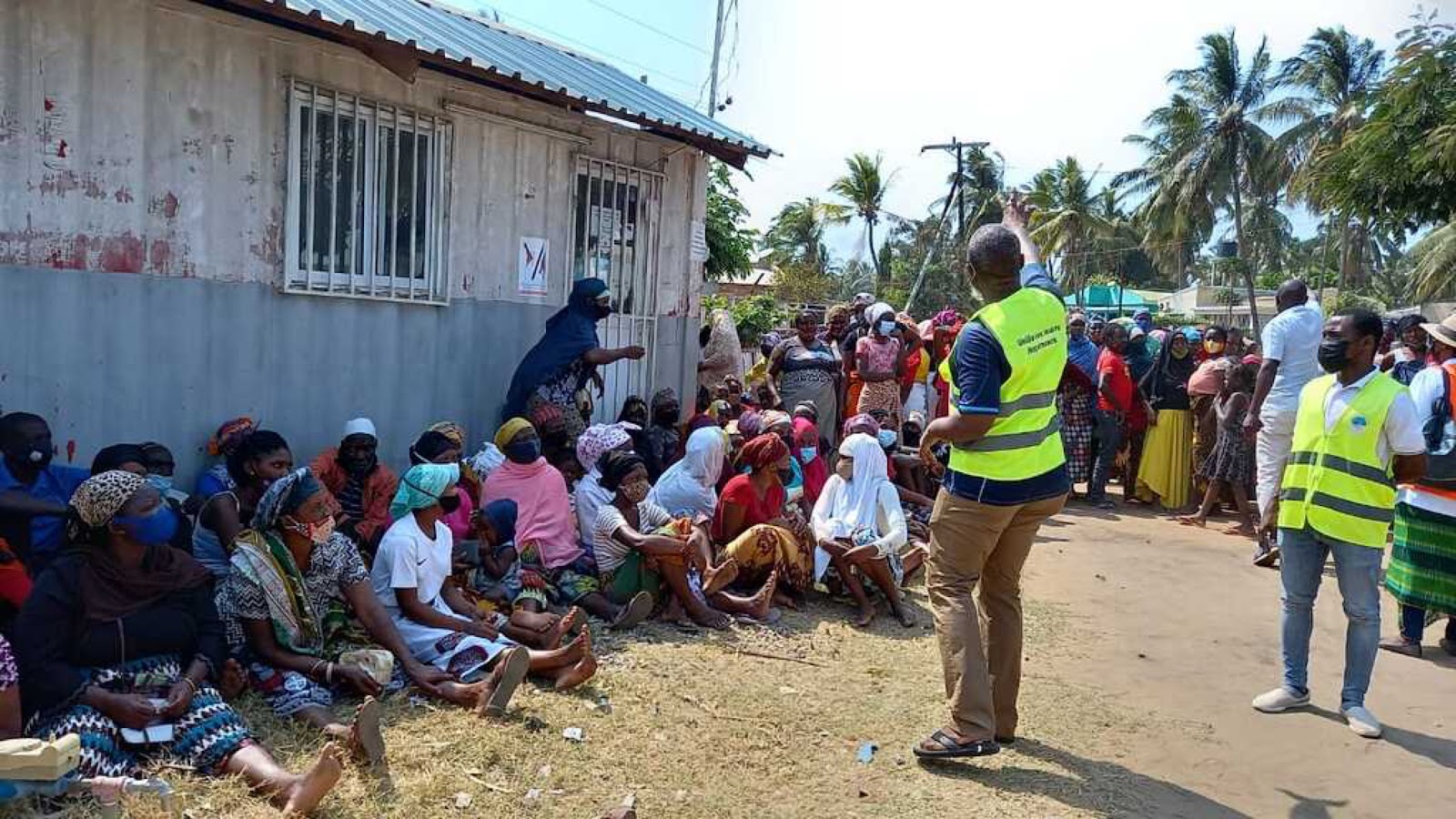 Our experience of more than five decades of working with the poorest people allows us to affirm that “war is the mother of all poverty” and destroys the future because it always leaves the world worse off than it was: countries divided, infrastructures destroyed, generations lost. Conflict and poverty are intimately linked and feed off each other.

Without peace, no goal of the 2030 Agenda for sustainable development can be met.

Just as the future is compromised by conflict, sowing seeds of peace also restore hope for a better future. Therefore, the work of the Peace Community is born precisely from being close to the pain of war and from a close knowledge of the countries in which we work.

This knowledge and a network of friendship with local actors was the key to our first peace mediation at the end of the 1980s in Mozambique, an African country hit by years of civil war between two warring guerrillas in the logic of the cold war, with a death toll of more than one million people. 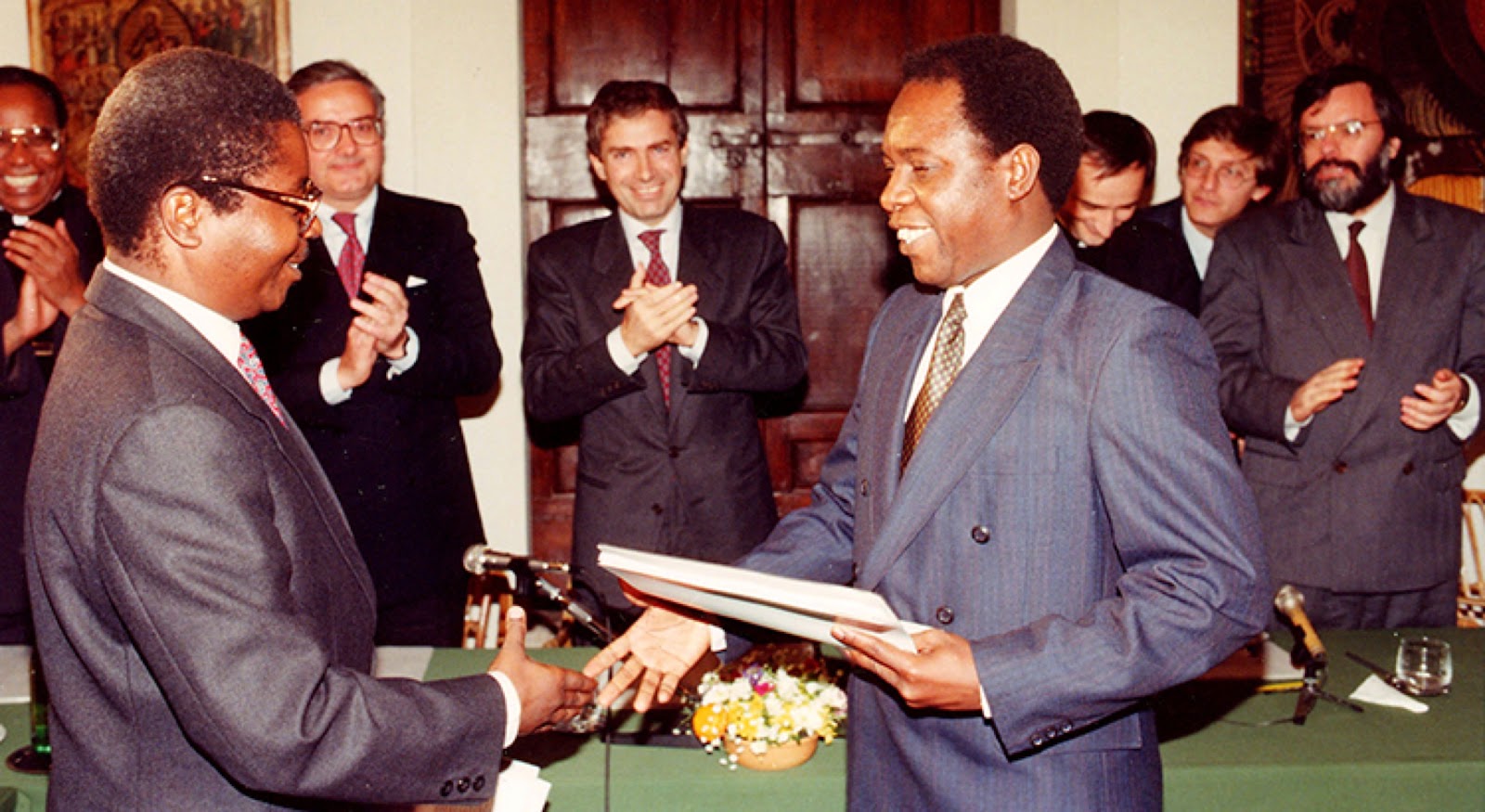 Peace in Mozambique seemed impossible, but it was achieved on October 4, 1992, after a 27-month mediation, with a method inspired by the teachings of John XXIII: “to seek what unites by putting aside what divides.”

The so-called “Sant’Egidio method” is based on building relationships of trust with and between the opposing parties through friendship, dialogue, and flexibility, understanding their reasons and feelings to reach a genuine willingness to compromise.

It is a peace that is negotiated, not imposed, where the real protagonists are not the mediators but the parties in conflict. This peace is driven by the “weak force” of those who have no hidden interest in mediation.

Unlike the International Community, Sant’Egidio does not have the capacity to impose sanctions, financial incentives, economic blockades, or ultimatums. As a result, it is a weak force that generates trust because it only seeks peace.

It is not a diplomatic technique but a work of “humanization” of the actors in the conflict, a process of transformation that facilitates the passage from a guerrilla mentality to the mentality of politics that accepts the plurality of ideas.

The UN of Trastevere 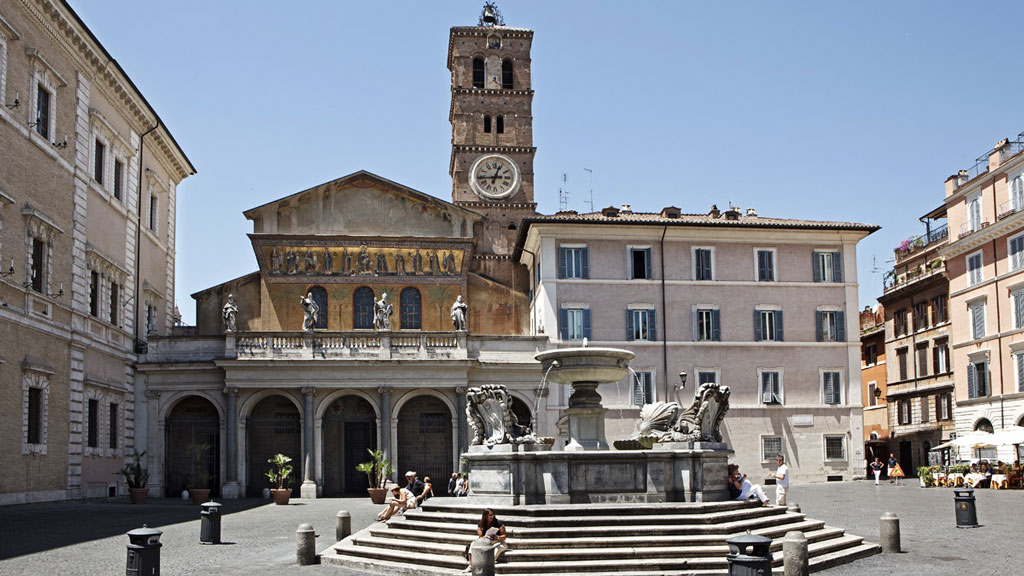 Nicknamed “the UN of Trastevere,” in the Community of Sant’Egidio, we have seen how peace is a compelling, reasonable, and emotionally seductive force, and therefore possible everywhere.

From the success of mediation in Mozambique, the Community of Sant’Egidio received and continues to receive many requests for mediation, precisely because of the relationships of friendship, closeness and fidelity wherever the Community is present.

Some results are the signing in 1995 of the Rome Platform by all the opposition parties in Algeria and the negotiation of the ceasefire in Burundi, together with Nelson Mandela.

In the Democratic Republic of Congo, we participated in the agreement to return the Rwandan Hutus responsible for the genocide and in part of the peace agreements in countries such as Togo, Liberia, Uganda, Darfur, Nepal, among others.

In Latin America, Sant’Egidio also intervened in the conflict between guerrillas and the Government of Guatemala, achieving the implementation of peace agreements in 1996. Sant’Egidio was also involved in facilitation and meeting actions to make the Peace Agreement between the Government and the FARC in Colombia a reality in 2016.

More recently, in February 2019, and after years of negotiations with the participation of the Community, the peace and reconciliation agreement was signed in the Central African Republic. 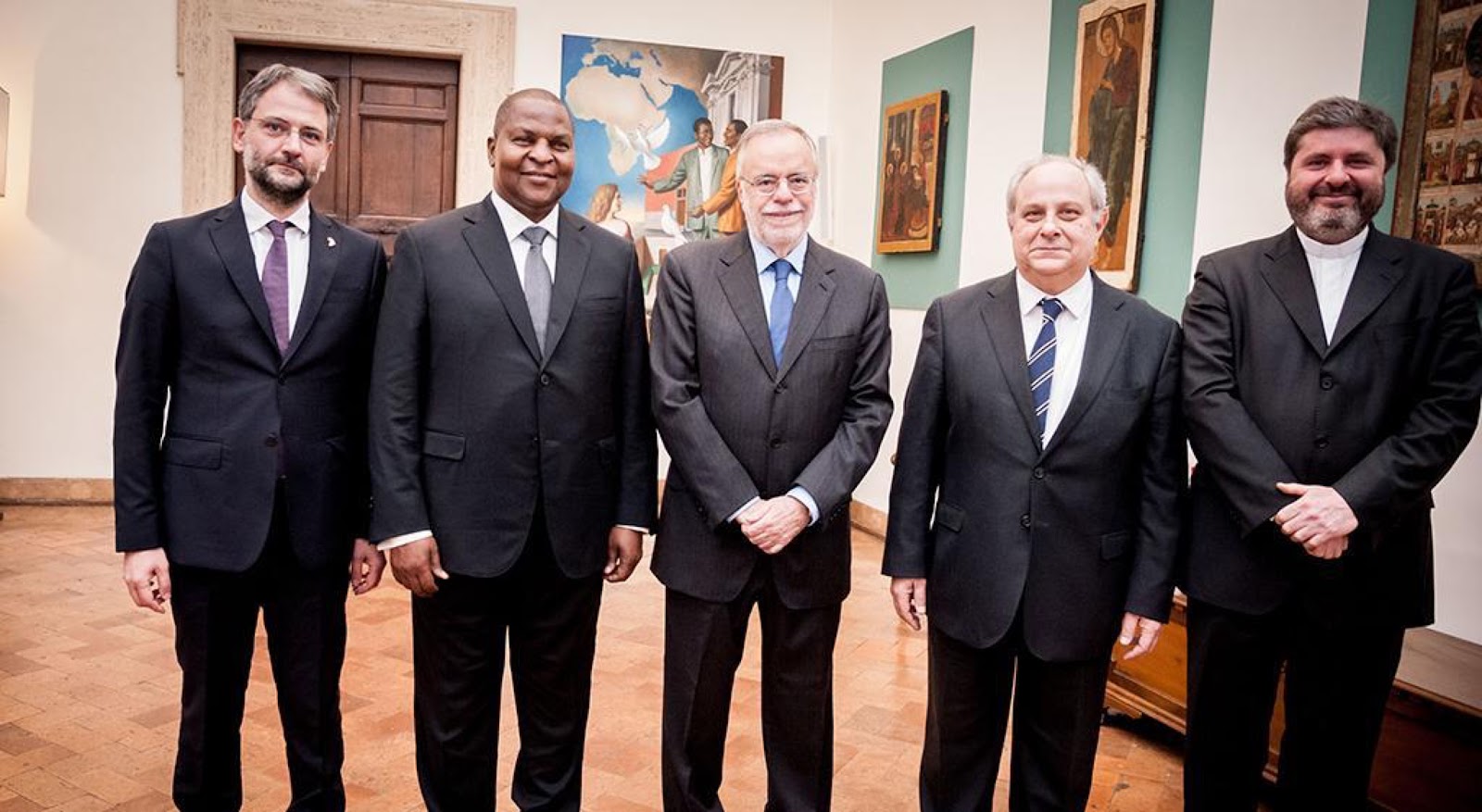 A ceasefire was also achieved in 2020 between all political factions in South Sudan, known as the Rome Declaration, which is being implemented through a profound political dialogue, not without difficulties.

Although often instrumentalized for war, religions share spirituality and are a great force for peace.

Ecumenical and interreligious dialogue, which is one of the hallmarks of Sant’Egidio, has fostered and helped to germinate many of the peace initiatives in which we have been involved. 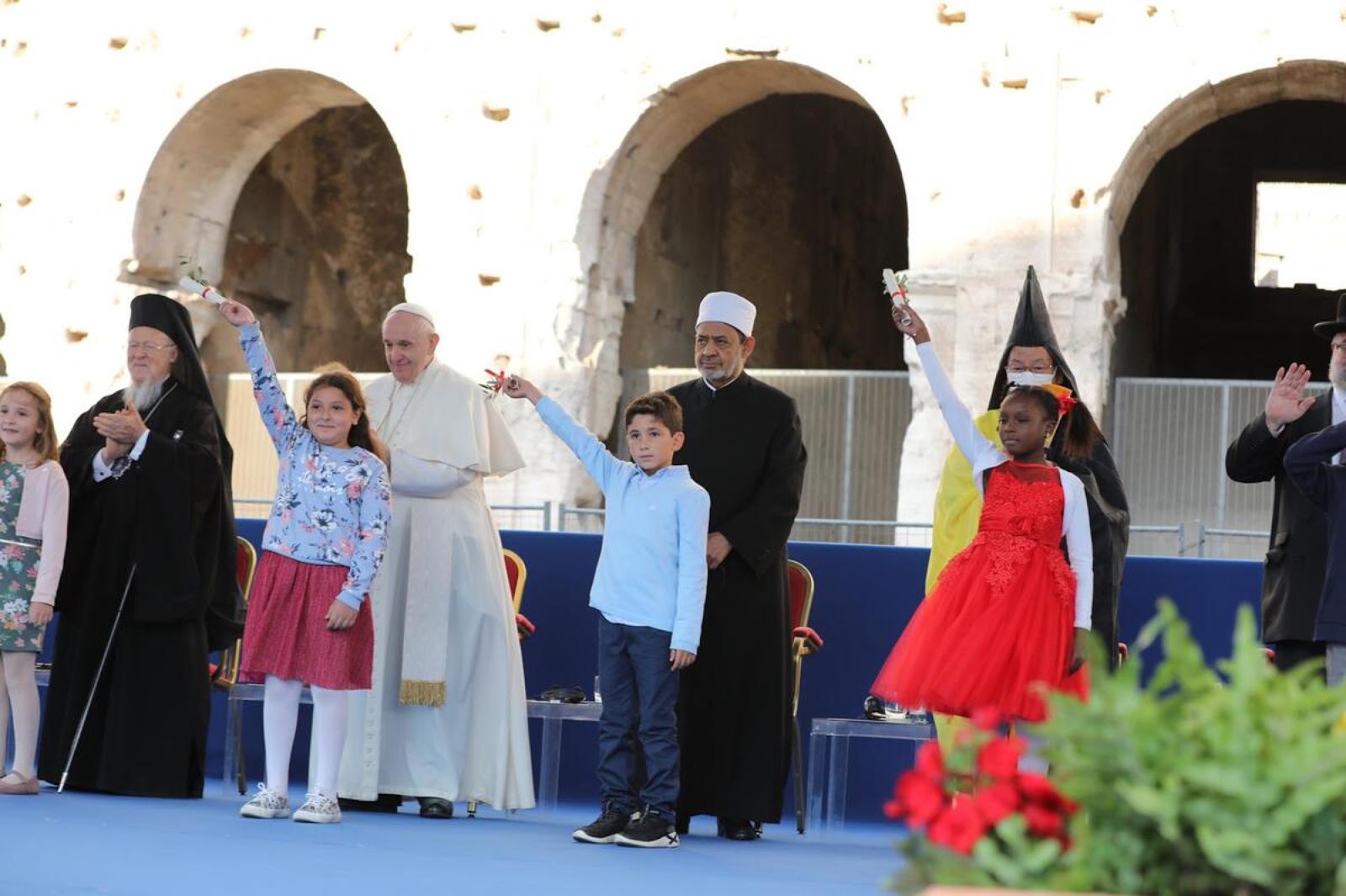 For three decades, starting from the Interreligious Meeting of Assisi, convened by John Paul II in 1986 amid the Cold War to pray together for peace, the Community of Sant’Egidio has maintained a path of dialogue and friendship with different religious denominations, which are made visible in annual pilgrimages in other cities of the world, with representatives of the major religions and the world of politics and academia.

Throughout these 35 years, a deep network of friendship has been woven between representatives of different religions and cultures in more than 60 countries, which have built bridges of peace that have become fruits of peace, where there seemed to be no way out.

Peace is the future, or there will be no future. 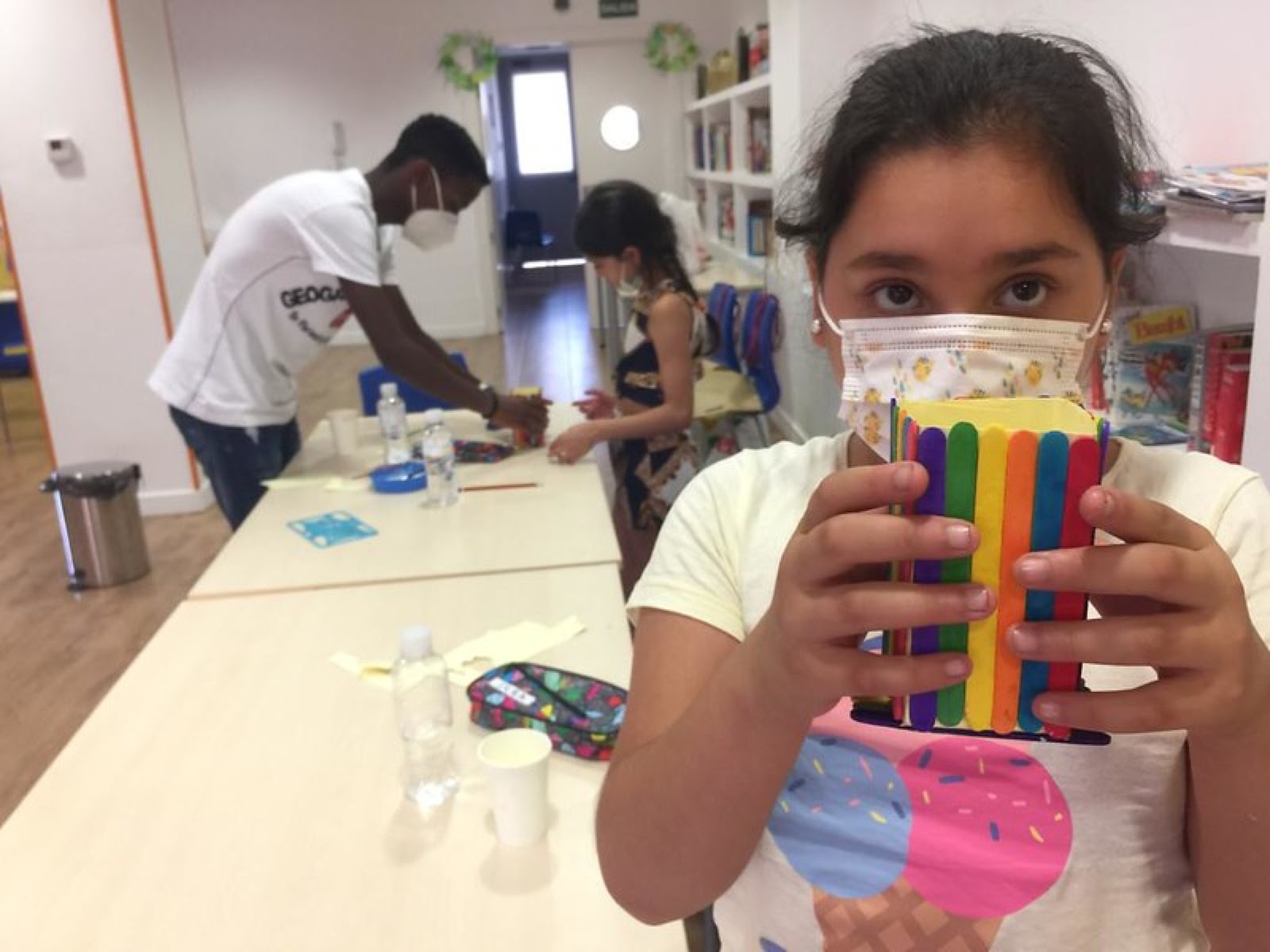 At Sant’Egidio, we are convinced that the only way to preserve the future of humanity is through peace, personal disarmament, reweaving humanity fractured by division and dehumanization, and addressing the root causes of conflicts: inequality, poverty, abuse of natural resources, and logic of opposition.

Peace is not an empty dream or a distant utopia, but something on which our very survival depends. We have experienced over the years that peace can also be built “from the bottom up,” from neighborhoods, communities, within countries, and by fostering a culture of dialogue among those who are different or have other religious confessions.

That is why we said that peace is a daily journey, that it is not only built-in big offices, but by sowing the seeds of peace in communities, neighborhoods, children, and young people. As St. John Paul II said, “peace is a work open to all, and not only to specialists, wise men and strategists.”

For this reason, the Community promotes movements such as the Youth for Peace, which is, among other services, responsible for the Peace Schools, where school support is offered to children in the neighborhoods. Still, above all, they are taught the art of living together. Young people who reflect on the reality of the world and of their country in the light of the Gospel relearn to live together, listen, and see others not as enemies but as brothers and sisters.

We are convinced that the daily life of believers, prayer and the concrete experience of the Gospel gives birth to energies of peace, bridges of dialogue, and coexistence, giving us new tools to read and face reality.