There are raw materials classified as “critical” because of their high risk of interruption of supply by the countries the EU depends on for imports. Within this list of those considered critical is coltan. This is a ferrous oxide compound from which tantalum and niobium are extracted, whose strategic importance lies in the fact that thanks to their extraordinary properties, they have become essential for modern technologies in the last half-century. Both Tantalum and Niobium are used to manufacture components for new technologies: electronic processors and capacitors, 5G telephony, flat-screen televisions, laptops, cardiac pacemakers, orthodontic parts, heat exchangers, and abrasion, corrosion, and temperature resistant alloys.

Despite its importance in today’s world, coltan mining occurs in very few countries. Instead, most of it is mined in Rwanda and the Democratic Republic of Congo (DRC), areas known for problems related to conflict minerals. Together they account for about 60 percent of world production. Other countries with a significant share of this mineral are Nigeria, Brazil, and China.

The Democratic Republic of Congo.

Much of the country’s coltan is extracted in an artisanal way with the mining work of more than 40,000 children and adolescents who come from remote villages and towns in Kivu, drop out of school, or have never had the opportunity to attend school. 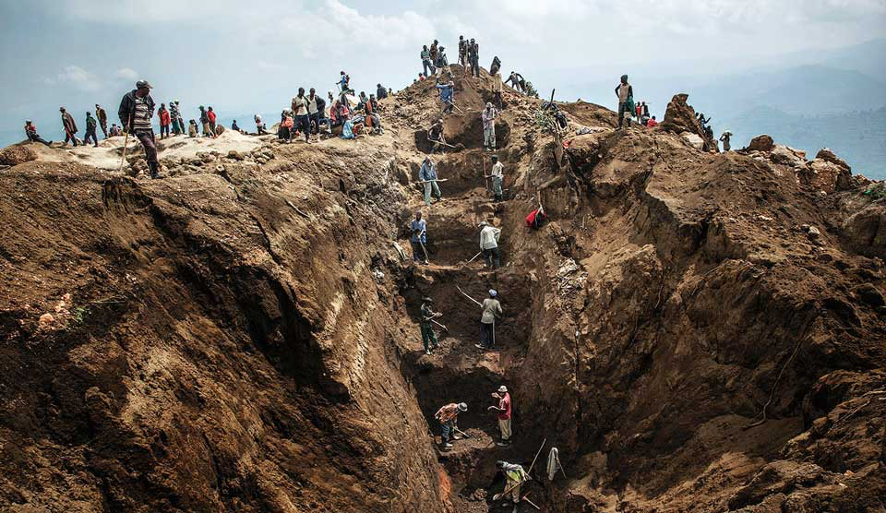 The informality of the extractive sector offers attractive labor opportunities for vulnerable children, who serve as a pool of cheap labor. Children work as diggers and washers in hazardous conditions. They also engage in petty smuggling, selling coltan for a pittance in towns along the borders with Burundi, Rwanda, and Uganda. Performing adult mining work in a dangerous environment, many children face harassment, abuse, and ill-health.

Occupational hazards include daily exposure to radon, a radioactive substance associated with coltan. A simple Congolese herder can smuggle coltan by hiding it in the gas tank of a motorcycle or a secret compartment under a truck; this is how it passes into neighboring Rwanda. In many cases, the border police look the other way in exchange for bribes.

On the other hand, more than a hundred armed groups are hiding in the jungle and carrying out atrocities in the bloodiest conflict since World War II, competing for control of the region’s most valuable mines and making huge profits from the mineral trade.

China’s control over the resources needed for many technologies is not limited to its mining presence; it has an even more dominant role in the processing and refining many critical minerals. These realities will give China real and perceived economic and geopolitical power for at least the next decade.

In 2010 Barack Obama passed the Dodd-Frank Financial Reform Act that included a special section on conflict minerals. It required publicly traded U.S. companies to disclose whether their products include any of the conflict minerals and, if so, to identify whether armed groups controlled the mines from D.R. Congo or neighboring countries. Without explicitly prohibiting the use of these minerals, companies would think twice about the prospect of seeing their name associated with this situation.

However, tracking the processing chain of coltan powder to obtain tantalum and its subsequent use in the electronics industry is complex and diversified. At present, 2/3 of the companies cannot determine the origin of the minerals included in their products.

It is complicated to mitigate this situation where human rights are violated, particularly children, with the aggravating factor of the violence provoked by the various militias present. Once again, the resource country only obtains exploitation and conflict, while the benefit remains outside its borders.

There is only one active coltan deposit in Spain, the only one in Europe. The exploitation conditions are totally different from the Congolese situation: European standards of hiring and safety for employees are applied, and the use of modern machinery.  The Penouta Mine mines cassiterite, columbo-tantalite, Sn, Nb, and Ta minerals. It is located in the municipality of Viana do Bolo, on the central-eastern edge of the province of Ourense. This mine has reserves of about 12 million tons and 70 direct jobs. The technology used for the extraction of Sn, Nb, and Ta consists of a simple process, free of chemicals and environmentally harmful waste. 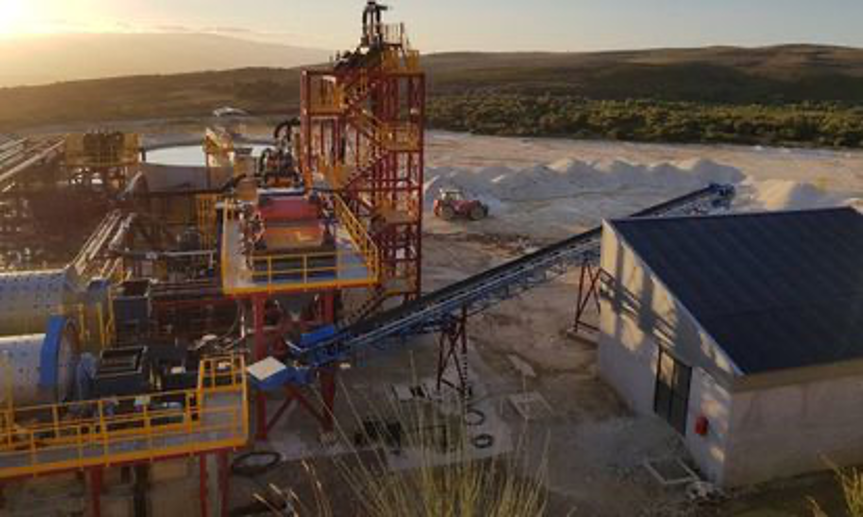 The main stages of the process are grinding, gravimetric concentration, and magnetic separation. The processing capacity of the old tailings ponds and dumps is one million tons of feed material per year, and the process will be carried out during the next ten years of utilization (although there is the possibility of extracting other by-products such as clays, quartz, or feldspar).

The mining company, in its commitment to environmental commitment and sustainable development, acquires a policy based on the responsibility to protect and rehabilitate the environment in the places where the mining operation is located from the very beginning of the project. The environmental objectives to be met by the company are:

1. to guarantee the minimum environmental impact of planned activities through knowledge of the affected environment and control of significant environmental aspects.

2.         To make efficient use of water, maximizing its reuse and avoiding any type of uncontrolled dumping in both surface water and groundwater.

3.         Reduce emissions to the atmosphere and use appropriate methods to reduce the possible dust generated, as well as noise and vibrations to the exterior.

4.         Identify possible protected areas (nature reserves, protected habitats, etc.) in the project area and request prior authorization to work respecting the internal rules of action within the protected area.

5.         Reduce impacts on the terrain and existing vegetation, minimizing the area of occupation.

After the mining works, a Restoration Plan has also been defined that ensures the environmental rehabilitation of the entire project area and contemplates the progressive dismantling of the industrial facilities. These measures will be applied for the recovery of flora and fauna following the criteria of landscape integration of the environment. 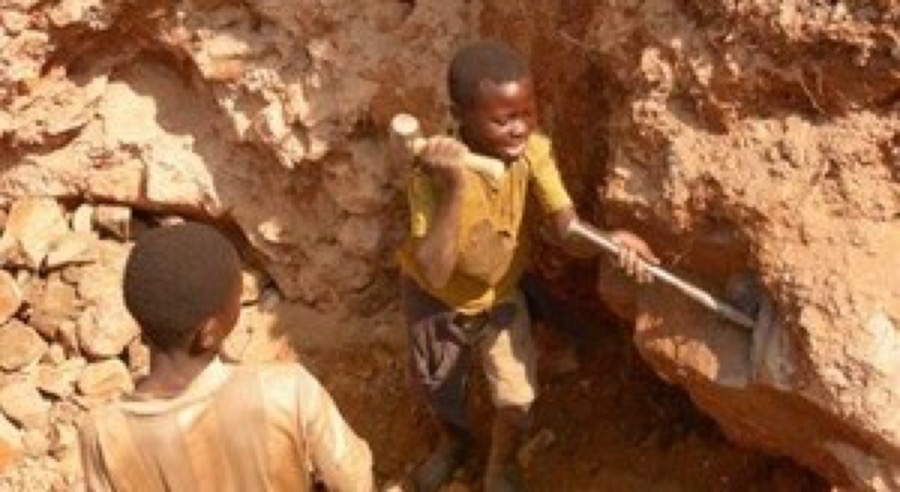 Is there an alternative to coltan?

As is often the case in production processes, the alternatives to the products already massively implemented and generating enormous profits for the exploiting companies are not visible. They are neither promoted nor researched as would be desirable. However, some can be found.

For manufacturers, materials with similar properties to coltan could be used in different products and components: graphene, aluminum polymer (PACl), or ceramic capacitors (MLCC).

Without the need for major compromises, the useful life of the technology we use must be extended. So often people change their cell phone just to buy a more modern one.

An interesting project that helps to repair the devices themselves to extend their useful life is the Repair Café. In these free access places, people meet other people to fix clothes, furniture, bicycles, toys… and also technology. There is a group of volunteers with knowledge and skills to repair all kinds of devices.

Purchase fair trade and/or certified “conflict-free” technology products. An example in the world of cell phones is Fairphone and Somos Conexión in telecommunications operators.

Purchase modular technology, i.e., with components that can be replaced if a part breaks down or becomes obsolete, without the need to replace the entire device.

The Conflict-Free Technology campaign is an NGO ALBOAN to raise awareness of the connection between cell phones and computers and the war in eastern DR Congo. Furthermore, it puts forward proposals for collaboration at hand to contribute to ending the violence. Thus, they propose initiatives such as promoting campaigns to get political leaders to commit to implementing “ethical public procurement” policies. The idea is that when municipalities need to renew their IT equipment (computers, screens, etc.) or purchase new electronic products, they should take into account ethical, social and environmental criteria, and not just price or technical characteristics.

Public administrations in Spain spend thousands of euros annually on technology and can therefore use their purchasing power to choose goods and services that offer good social outcomes. They can also propose incentives to companies to develop socially responsible management that respects human rights in their supply chains.