Russia, like other great countries, has “names for history”. Peter I and Catherine II are, par excellence, the two most significant in Russian history, to which we must add Lenin and Stalin and Mikhail Gorbachev. Perhaps Vladimir Putin intends to add his name to this collection of historical figures of very different signs? What is his intention with the invasion of Ukraine?

A history that returns

The soul of the Russian people still has a background of deep sadness and fatalism that its leaders have shaped over many centuries. The “Tsars of All Russia” was succeeded by the “Tsars” of the Union of Soviet Socialist Republics and, after a brief “interregnum” led by Mikhail Gorbachev and Perestroika, Tsar Vladimir Putin has come to the fore. The line of medieval absolutism of the leaders of Tsarist Russia, despite the opening to Europe of the elites in the times of Peter I and Catherine II, was maintained and worsened in the times of the USSR. Vladimir Putin’s mind is in tune with the Tsarist-Soviet ideology and practice of past times. But we have to bear in mind, the first Putin, that the Russian environment and the Russian people are not the same as those of the past, even if they retain some of their characteristics.

For Vladimir Putin, the years 1989 and 1990 and the disappearance of the USSR represented the greatest catastrophe of the 20th century. But unfortunately, it does not seem that the vast majority of the Russian people agree with him since it allowed them to experience what they had long longed for on the other side of the Iron Curtain: freedom, even if it was limited. In Putin’s eyes, even worse was President Obama’s statement that Russia had become a “regional power”, thus losing its status as a “Great World Power”.

Vladimir Putin seems to be seeking to go down in history as the one who gave Russia back its Empire, an empire similar to that of the USSR and, above all, to give it back the status of a Great Power, which talks “on equal footing” with the United States. We are talking about Russia, with a GDP similar to Italy and which bases its economy on exporting oil, gas, coal, and armaments. The symptoms of this “compulsive quest” to return to past times can be found in its determination to regain control of the Central Asian republics and deepen the “fraternity” it has always had with Belarus or the domination of other borders areas as Ukraine. But these desires go even further; the construction of Putin’s new Russian Empire would also extend to the Arctic Ocean, becoming more and more passable due to climate change. It would also imply the control of the European Union through the latter’s dependence on Oil and especially Gas. Perhaps, certainly, Putin wants to go down in history by adding his name to those of the “characters of Russian history”, giving back to Russia the “splendor” of the times of the USSR. 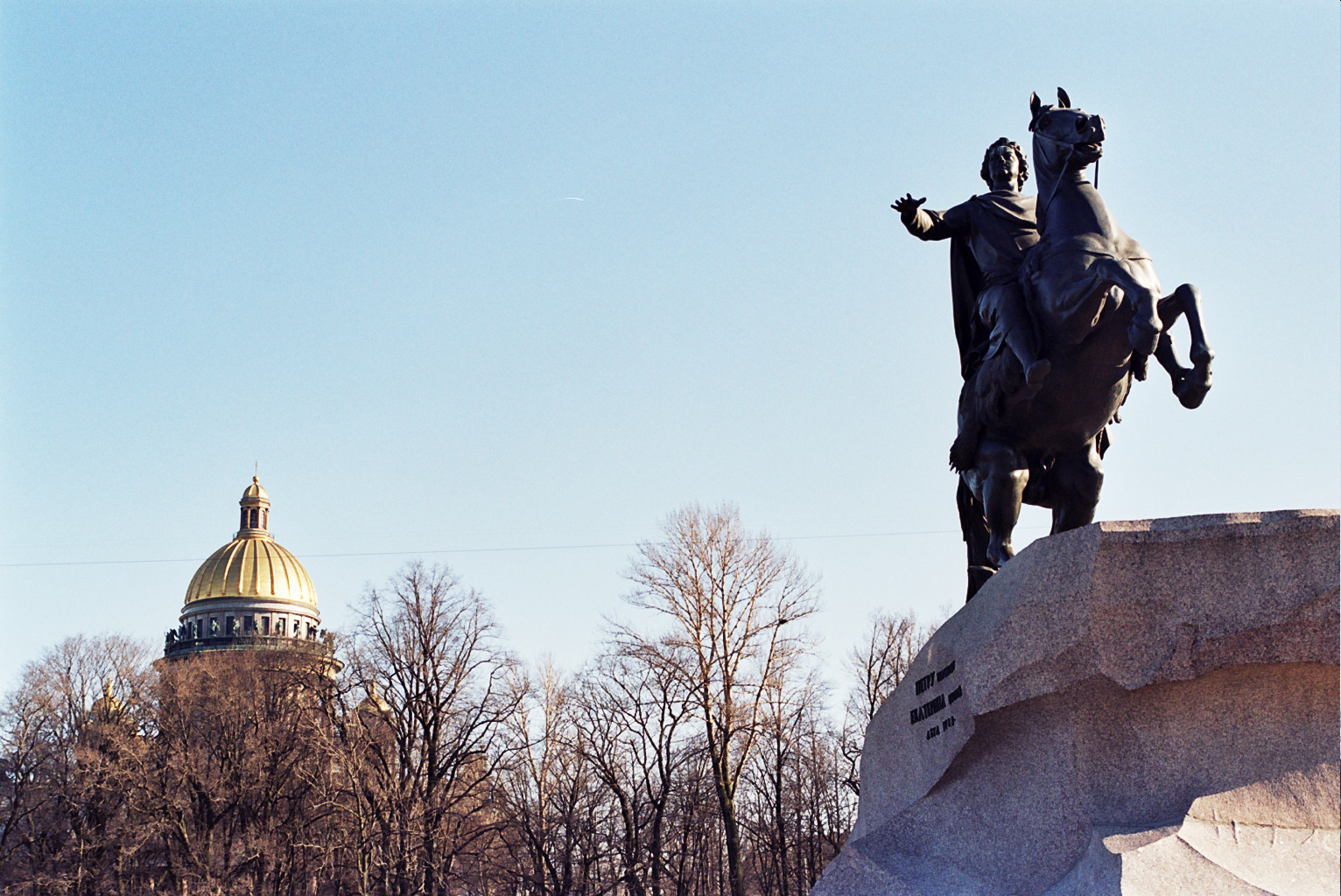 Except for Gorbachev, all the great Russian characters mentioned at the beginning have gone down in history for great things suffered by the Russian People and neighboring peoples. I don’t think Putin wants to go down in history next to Gorbachev; by his actions, he is closer to Stalin than any other.

This is not a time to play a game of deception

They say that Vladimir Putin is an excellent chess player. Perhaps, with the invasion of Ukraine, he wanted to play a master game in which to achieve several triumphs at the same time: the destabilization of the European Union because of the discrepancies over the gas so necessary for; the disarticulation of NATO because of the disagreements between Europe and the United States; the return to being a determining player in the world context; gaining popularity in Russia by reviving nationalism and the pride of the country. The problem is that every game, of course, chess, has its rules, and it is impossible to “play” breaking all the laws of international law. The consequences, for now, of the invasion of Ukraine, have been: strengthening the European Union and NATO; condemnation of Russia in the UN, in the Human Rights Council, the opening of an investigation in the International Court of Justice of the UN; internal social contestation against Putin and his Ukrainian war. The internal destabilization will worsen if the war is prolonged. What has been sold to the Russian people as a “pacifying and liberating campaign” results in many young Russians being killed in combat. 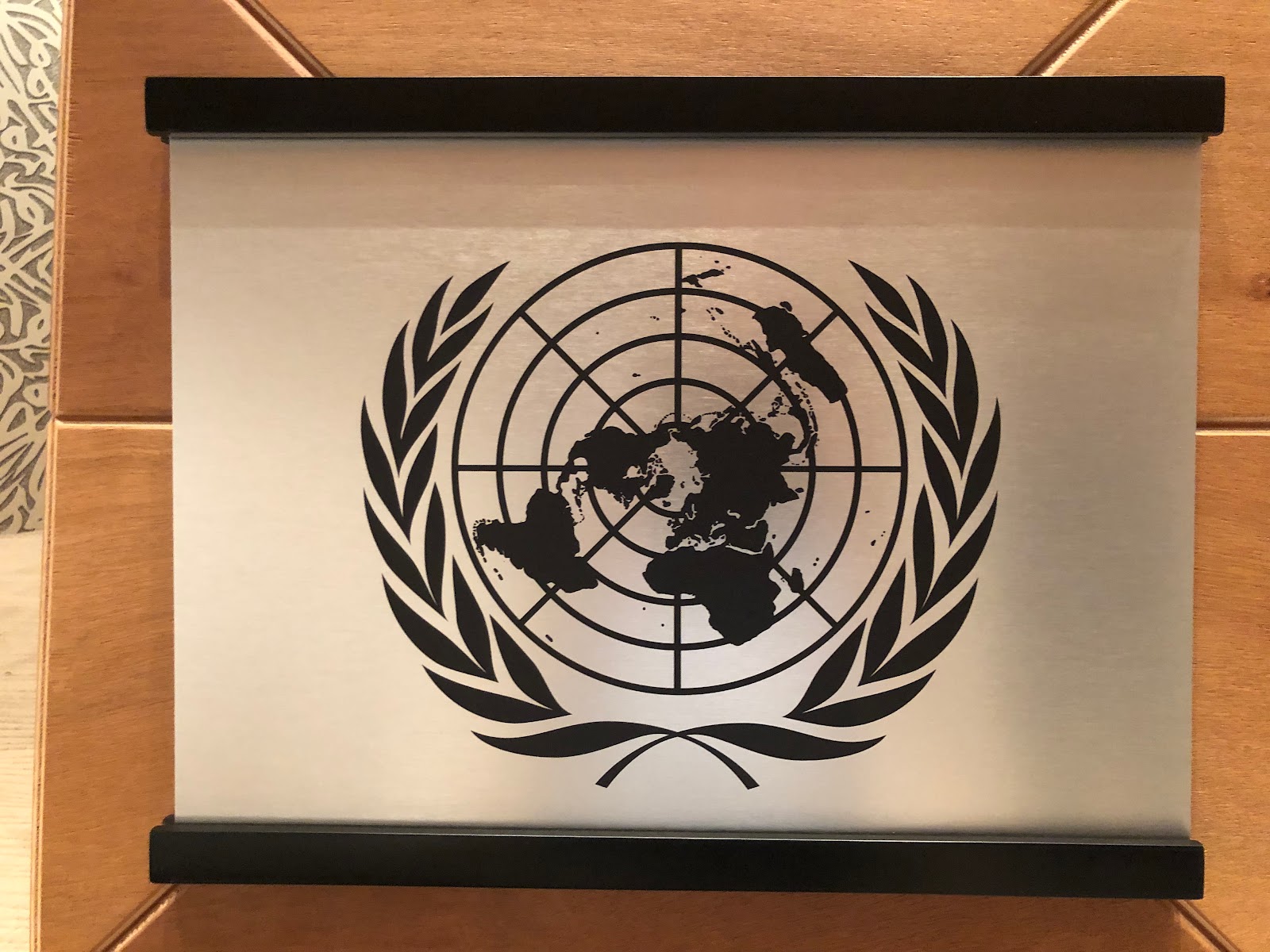 In 2014 I was in Siberia, just at the time of the Russian invasion of Crimea. The peninsula was conquered by Russia, from the Ottoman Empire, in the time of Catherine the Great in 1783, who, by doing so, almost managed to break the unstable balance of the European empires. Why was Catherine so interested in Crimea? The reason is the same for Catherine and Putin: to have military bases in the Black Sea and secure access to the “warm seas” that Russia lacks, namely access to the Mediterranean. The message being conveyed to the Russian people during my stay in Siberia by the official media was this: “Mother Russia cannot remain impassive in the face of the suffering of the Crimean people; their leaders are exploiting them; we have to intervene urgently”. Already then, talking to some local people, they told me that, although the official news was that, they did not trust the government at all.

Perhaps the most important thing to keep in mind for the future is the internal protest against Putin. The campaign of arrests and poisonings of opposition leaders, always denied by the Russian government, has been ongoing since Vladimir Putin came to power. Today, many protesters in Russian cities against Putin’s war in Ukraine are imprisoned. Alexei Navalny, an opposition leader, imprisoned after he was poisoned, has called for people to take to the streets to demonstrate against Putin’s war and, if necessary, to bust Russian prisons because of the number of detainees. The embargoes and economic measures of the United States and Europe and the actions in the United Nations seek to unmask and deteriorate Putin’s strength in Russia by reinforcing the opposition, even to weaken the interested followership of his closest circle, already manifestly frightened by Putin’s latest decisions.

The habits repeat themselves; that same “appeal to solidarity with the oppressed people by the rulers implying their invasion”, was already used by Stalin with Finland (1939) and is being used now with the Donetsk and Lugansk regions. In the invasion of Ukraine, it is curious that Putin makes no reference to the Russification of these regions, which is why the language is Russian and not Ukrainian, or the abundant Russian population is so present in those regions. Justifying the invasion of Ukraine based on the fraternity implied by Russia being born in currently Ukrainian places (Kievan Rus 822) makes no sense. In parallel, this principle would have to be applied to the right that hypothetically Turkey would also have to claim Crimea; let us remember that the Crimean peninsula belonged to the Turkish Empire when Crimea was part of the Turkish Empire when it was conquered (1783) by Catherine the Great. According to the historical moment that suits the “present narrative”, Parceling history is a habit that does not bring good consequences. The best thing to do is to stick to international legality based on treaties and, from there, build the future. 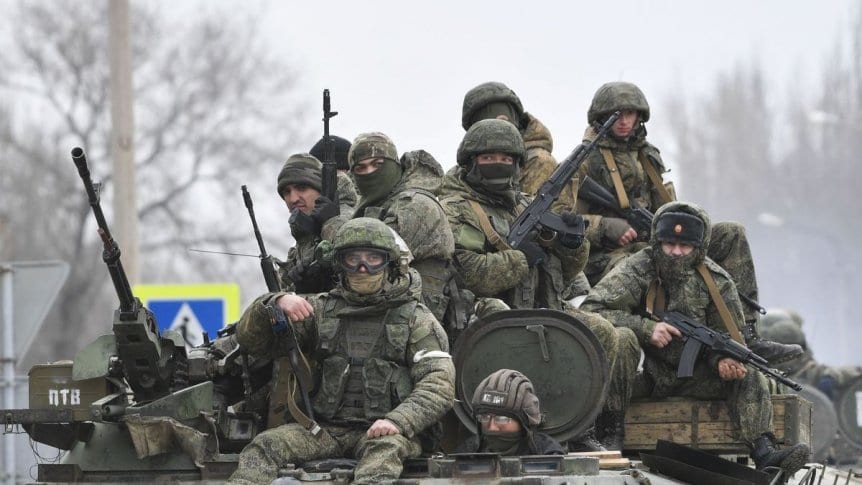 The Ukrainian resistance is rooted in harrowing historical experiences. Vladimir Putin, feeling himself the “Tsar” responsible for restoring Russia to its imperial greatness, should perhaps have remembered the Ukrainian “Holodomor” (https://es.wikipedia.org/wiki/Holodomor) which, from 1932 to 1933, caused 3.9 million starvation deaths due to the requisitioning of Ukrainian wheat to pay Russia’s debts. Perhaps he should have remembered, also, the purges and persecutions that the Ukrainian people have within themselves those bleeding wounds caused by another “quasi-czar” called Stalin. Has Putin forgotten the catastrophes of the invasions of Chechnya and Afghanistan? Has Putin forgotten the resistance of one country’s inhabitants to being dominated by another means? Has he forgotten that not only does a country have to be defeated in war, but that the problem can begin “the day after” to remain to build peace in it? Has Putin taken into account that, in addition to the million refugees who have left Ukraine, another 43 million remain?

As Ivo H. Daalder states in Foreign Affairs (March 1, 2022), “February 24, 2022, represents a historic epoch-changing milestone. The democratic powers of the West are once again called upon to defend a rules-based order that has been violently uprooted.” I trust that the long-suffering Russian People, and the long-suffering peoples near Vladimir Putin’s Russia, will soon be able to feel that they are living in a regime of freedoms. Until then, the legitimacy of the “R2P” principle (Responsibility of all countries to defend Human Rights worldwide) is guaranteed by the already long series of UN declarations.

The Russian President Vladimir Putin is no longer limiting himself to revising 1991 but is taking us back to 1939, or even 1918 when an imperial power could introduce its army into a neighboring state. Given the situation, the European Union should consider the entry not only of Ukraine, Armenia, Azerbaijan, Georgia, and Moldova. 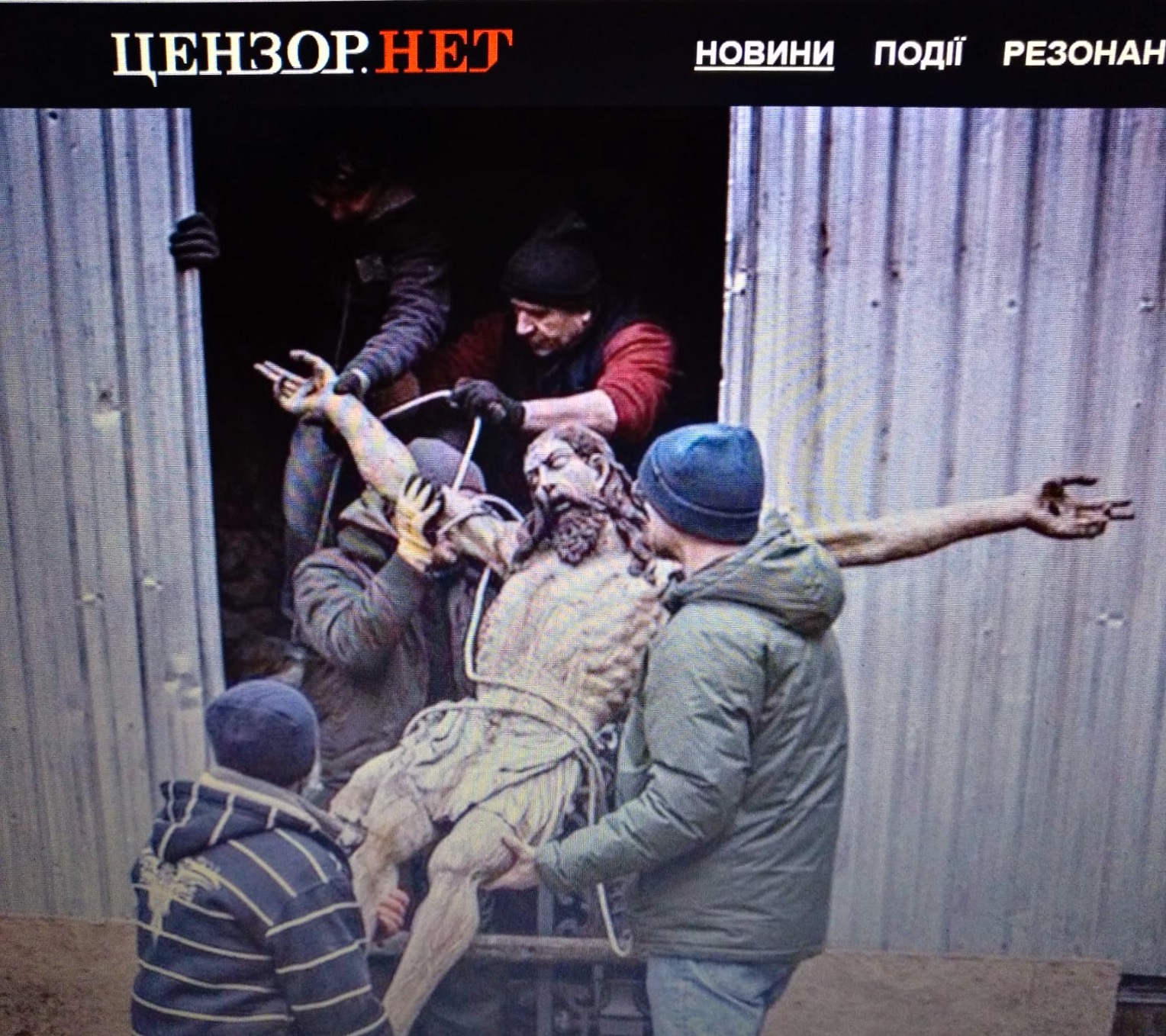 Many things have to change after February 24, 2022; let us hope that we all make the right decisions with determination and care. In this change process, Christian denominations and Faith-Based Organizations should play a catalytic role. Building Peace as a “universal fraternity” remains the highest priority, especially contemplating the suffering caused by wars and, right now, the suffering of the Ukrainian People and the families of the Russian fighters.

Dear Russian People, dear Ukrainian People, dear brotherly peoples. I wish you peace, from the bottom of my heart—peace in the midst of the war that someone has insisted on starting without your permission.