An open space for dialogue between Cuban faith and culture SDG 4, 10, 16

An open space for dialogue between Cuban faith and culture.

Director of the Center.

The Religious Art Salon began its journey in the year 2000. Frs. Faliero and Carlomán were aware that the new generations of plastic artists were unaware of Christianity, even as a historical-cultural event, which prevented them from appreciating, understanding, and using the immense wealth of codes and symbols that Christianity contributed to the History of Art. 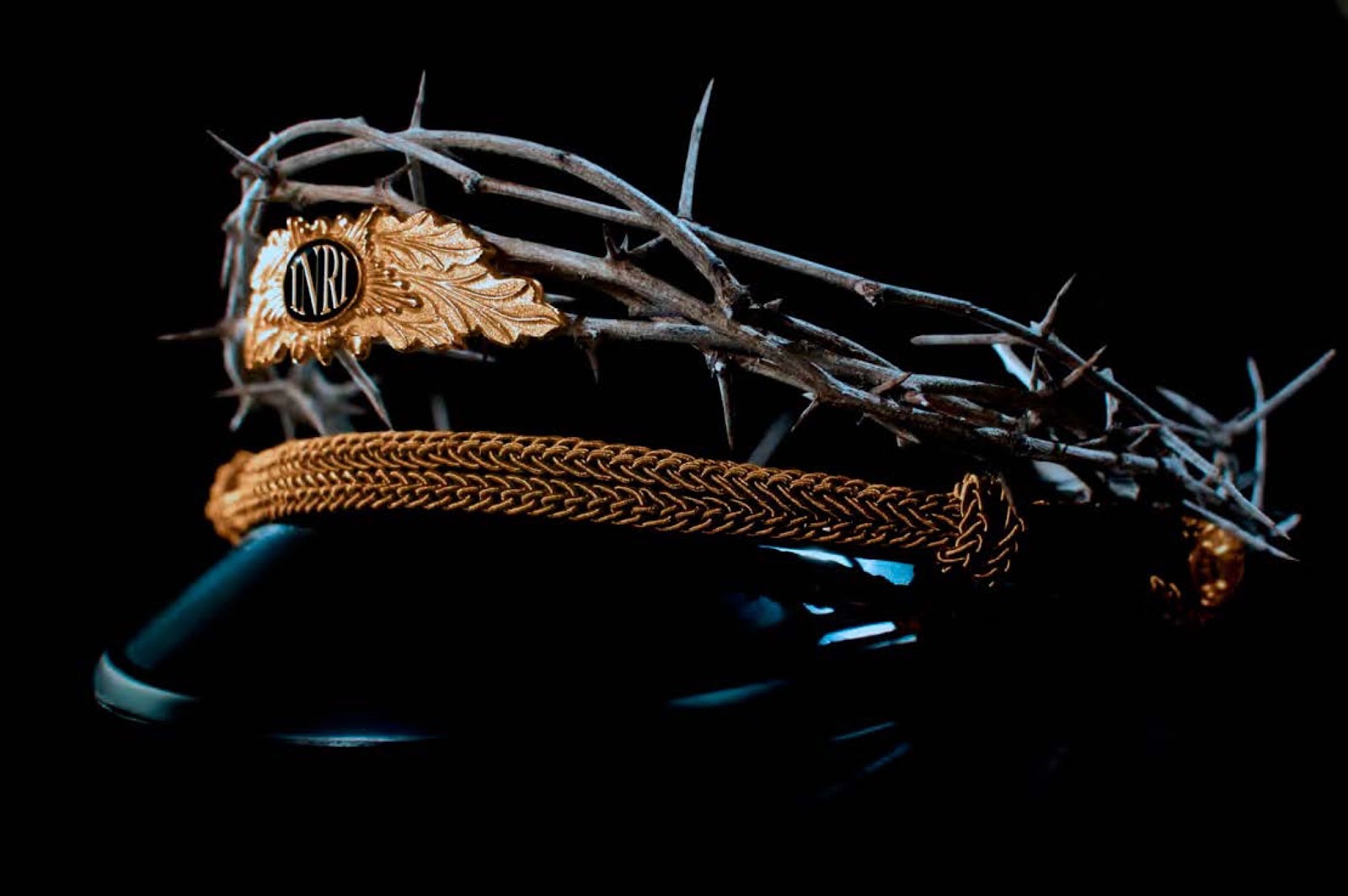 A short history of the Salon of Religious Art

Therefore, the call necessarily had to guarantee minimum training so that the artists could interpret the biblical text to capture it in their works. Thus, a workshop designed especially for each theme was conceived and carried out, in which they were given the Bible, taught how to use it, and taught the theme called for. This practice was carried out between 2000 and 2006 (for the first seven classrooms). The Sixth and Twelfth Salons (2005 and 2011) had “La Virgen de la Caridad de El Cobre, Patroness of Cuba .”Later the theme was declared Free, except in the XIV (the Year 2013): “The Christian in the faith of the Cubans,” and in the XVII (the Year 2016): “Ecology, Art and Religion.” All the workshops for the plastic artists were given by Fr. Emilio Gómez Jaramillo, CMF, except for the XVII Salon, whose workshop was given by Fr. José María Vigil, CMF, in El Cobre.

As the Salon took its place in the cultural context of the city, it expanded its scope in terms of the manifestations convened, the age of the participants, and the geographical extension of the call, until it became national in range.

It is essential to add that different Cuban and foreign institutions, with juries made up of ecclesiastical personalities, from the world of plastic arts and culture in general -priests, university professors, specialists, critics, artists, officials of cultural entities, etc.-, joined the work of the SARs, awarding collateral prizes according to the profiles of their entities, which enriched and gave greater legitimacy and weight to the exhibitions and contests (salons), while motivating and stimulating the participating artists. And on the other hand, some “salons” have presented works by guest artists or collateral exhibitions to enrich the creative projection of novice, young, and inexperienced but talented and promising contestants.

The permanent and traveling exhibition

Along with convening a Religious Art Salon, there was the idea of having a collection of works that would remain as the inheritance of the Gallery of the Cultural Center, of the Archdiocese, of the city. Hence, the prizes of the Salon had the character of acquisition. Thanks to this, the San Antonio María Claret Art Gallery of Santiago de Cuba currently has a rich patrimony in visual arts. The Gallery includes works by artists from different provinces of the country and with a great variety of styles, codes, techniques, and supports. Furthermore, this fund has been increased, among other ways, because some of the collateral prizes awarded also remained at the Center and by donations from some artists.

It is essential to add that, in parallel to the Religious Art Salons, between 2003 and 2006, a Christmas Salon was organized (making a total of four). Although the nature of the prizes did not contemplate the category of acquisition, some of the winning works were donated by their authors.

It is not only a question of what the Center has been able to treasure in quantitative and qualitative terms. The evangelizing component of this dialogue between faith and culture has not been limited to opening spaces, welcoming, projecting the attitudes proper to a task undertaken in the problematic field of culture. Nor has it limited itself to guarding and storing the works acquired. In recent years, with this treasured patrimonial fund, it has been developing a missionary, pilgrim component. The San Antonio María Claret Gallery collection has left its environment, has traveled, and has responded to specific requests from religious and civil entities. Here, too, a path has been made, as ten Itinerant Salons of Religious Art have been held so far in Guantanamo, Holguin, Camagüey, Matanzas, and La Maya as in the Center of Plastic Arts and Design of Santiago de Cuba.

In 2020, the XXI Salon was postponed because of the covid-19 pandemic. In the year 2021, this call was re-released, and the artists’ response has been so scarce that it has been necessary to suspend this edition of the Salon again. BUT, when we were already discouraged, two artists awarded in previous salons (Luis Antonio Rivero Ramos and Reinaldo Pagán Ávila) proposed to the Center that, “so that the motivation towards religious art would not die in December,” a personal exhibition would be made with religious artworks made by themselves. Now they, the artists, were going to be the ones to maintain the tradition that for 22 years has installed in this city the Hall of Religious Art of the San Antonio María Claret Cultural and Missionary Animation Center of Santiago de Cuba.

Also along this path, and to contribute to enrich artists and specialists in the appreciation of the theological message contained in works of art, the first Sacred Art Week was promoted with unquestionable success, a series of conferences on the theme Art as a “theological place” in the History of Sacred Art. The artistic and historical heritage of the Church from the Paleochristian period to the 20th century, given by Fr. José Francisco García Gómez, professor at the San Dámaso University of Madrid.

These are just some of the steps taken by the St. Anthony Mary Claret Cultural and Missionary Animation Center in a dialogue with the world of culture that has borne -is bearing- much fruit. 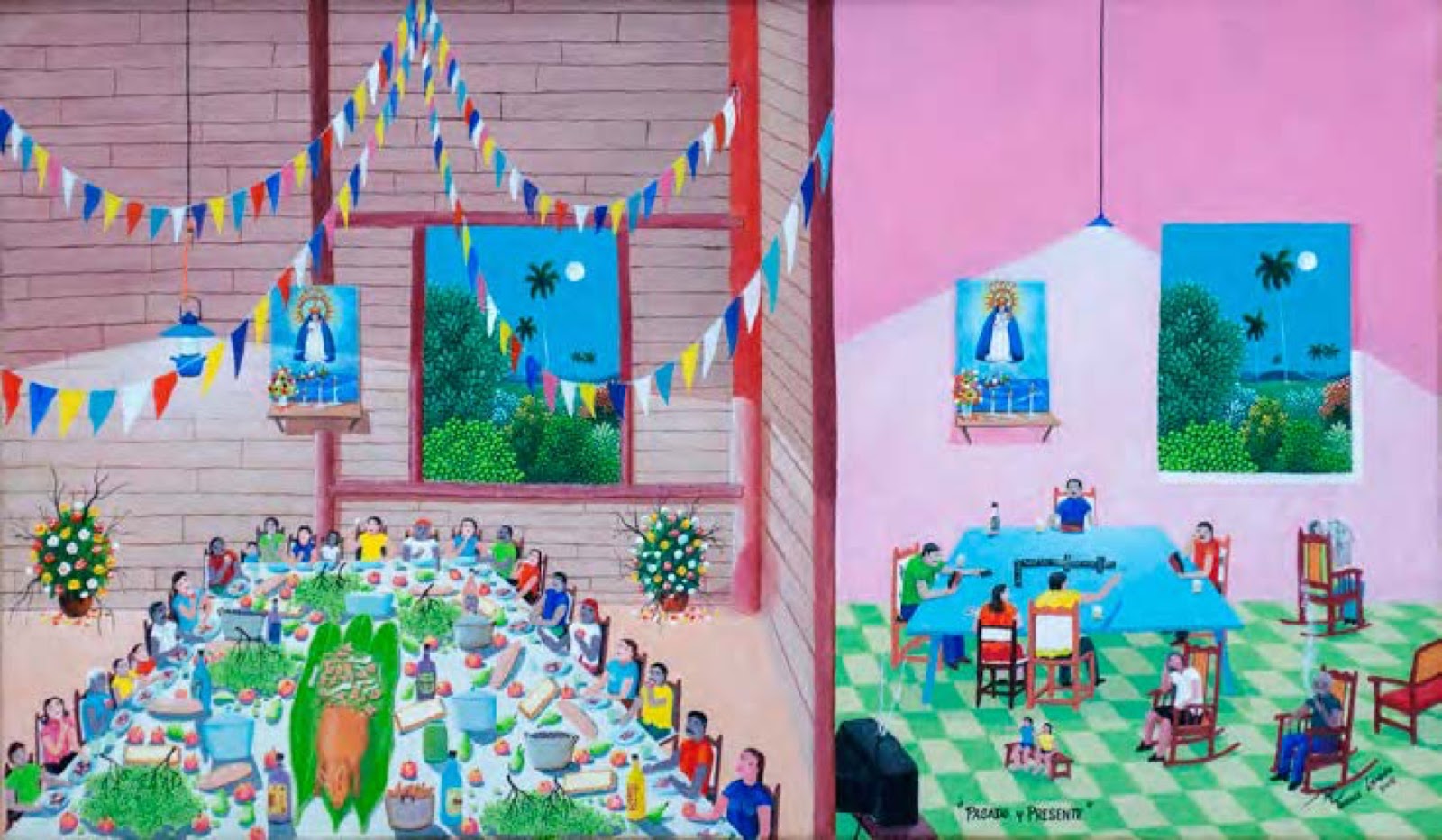 The apostolic audacity of those two Claretian missionaries who, in such difficult circumstances, amid the heaviest darkness, launched the proposal of an ambitious and even “reckless” project still amazes. But the Lord, who is the one who definitively does things, is the one who has the last word.

It would not be fair to conclude this article without mentioning those who have sustained or supported this project for years. First and foremost, ADVENIAT, whose contributions have been the nourishing sap that has given it life, will always have a grateful heart for this institution. Nor can we fail to acknowledge the support of PROCLADE Canarias, PROCLADE Centro, and PROMICLA, the latter of the Independent Claretian Delegation of the Antilles. Finally, for all and all, our prayer to the Father. They have been that outstretched hand with which the Lord has given an answer to that aspiration of two Claretian missionaries who, at the end of the last century, dreamed and set in motion a contemporary reading of what was once the Academy of San Miguel. 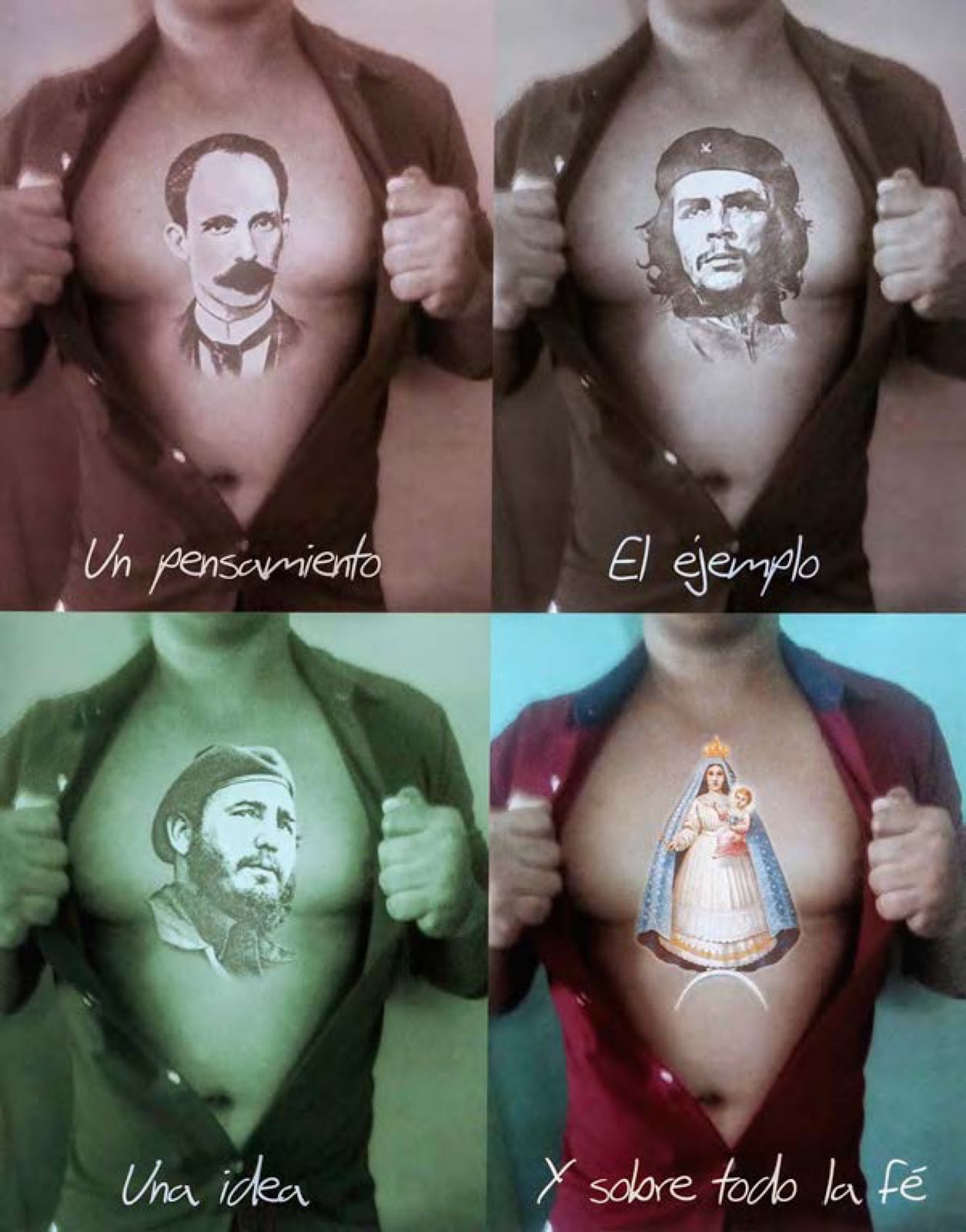 The voice of friends of the CCAM: letting the artists speak

We, as part of the CCAM, have told our story. Now we give the floor to some friends (artists, specialists and the public) who have expressed their opinions over the years.

“This is still a room where I feel at home; that’s what we always said among ourselves. Miguelón, a multi-awarded artist in the SARs, deceased, and I: ‘This is a salon where we have to participate .’Thanks to the Cultural Center”. Calixto A. Fernández Despaigne (Alfe), painter from Santiago. XIV SAR, 2013.

“Thanks to all for such a commendable work in defense and rescue of art, thanks also for the happy attempt of an ART and FAITH in the same proposal.” Dashiell Hernández Guirado, painter from Camagüey. First Prize in the XIV SAR, 2013.

Director of the Center. 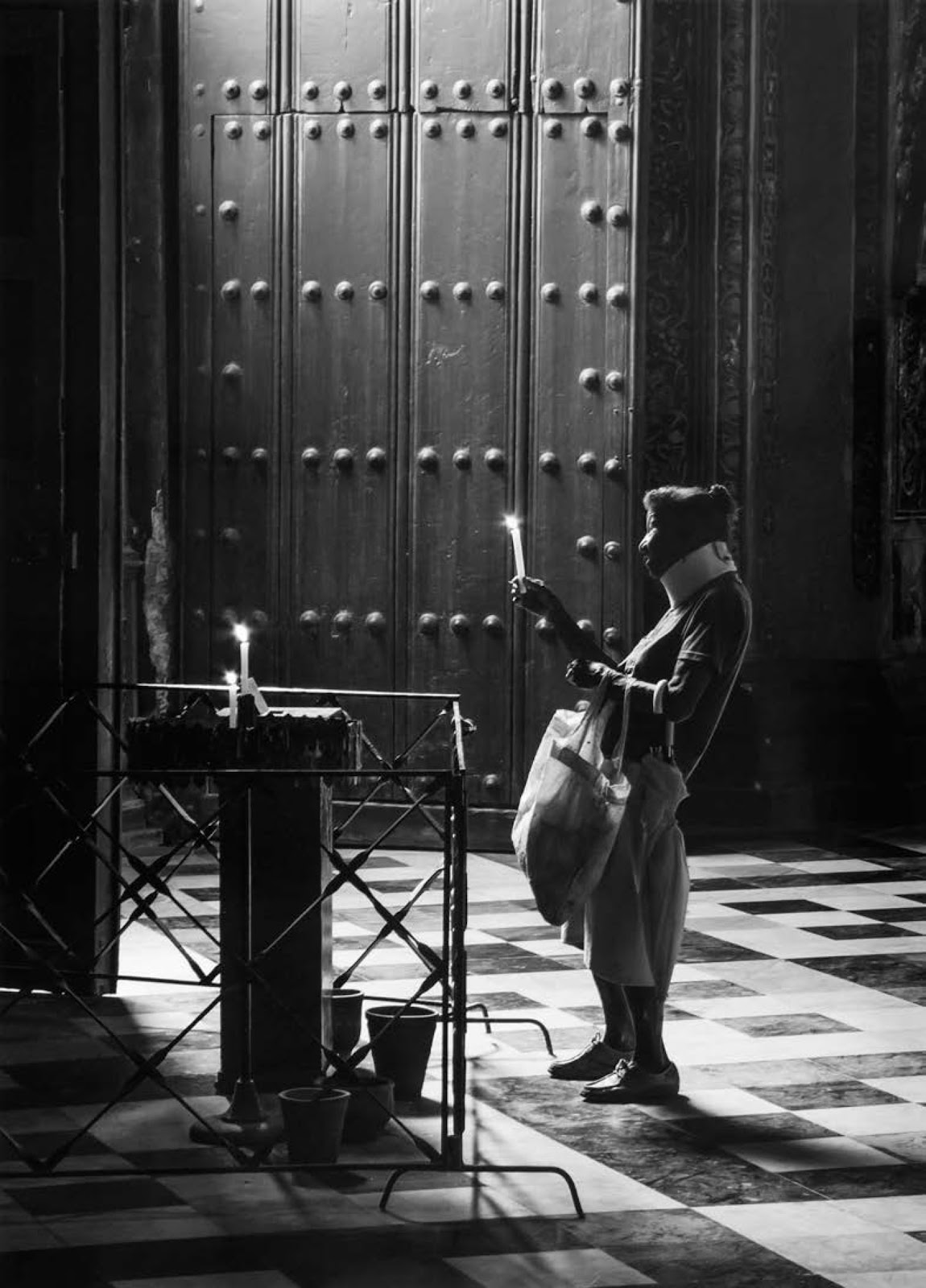