UN Mission in D.R. Congo: Opening paths to the future among all 2030 Agenda EN 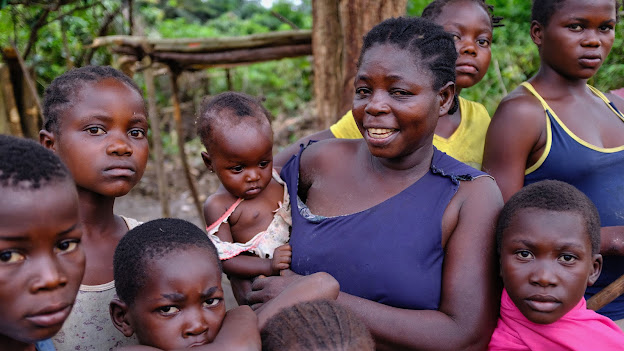 Opening paths to the future among all.

of the UN in Congo Eastern Region

My friend Miguel Angel Velasco asked me to write something about my experience in the Democratic Republic of Congo, and the truth is that I do not even know where to start, because I am lost in a sea of confusion and I have no certainties, but many doubts about what is happening there and what we can do about it. I have met many people who, like me, understand the country less the more time they have spent there.

I first came to the Democratic Republic of Congo at the end of 1994 (it was still called Zaire then) and spent a few months volunteering with a medical NGO in the city of Goma in North Kivu province. I returned in 1996, to participate in a health infrastructure project sponsored by the EU. My last experience in the DRC lasted just over four years, between 2016 and 2019, during which I was the head of the UN office for the coordination of humanitarian assistance (OCHA) in the eastern region of the country. 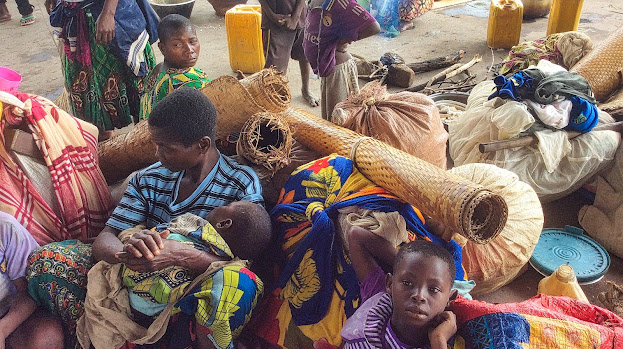 The DRC is a huge, complex, and poorly communicated country and therefore difficult to get to know in-depth. The news that reaches us from there is often very negative. We are presented with a great humanitarian crisis that does not end or even evolve. Everything seems to be going wrong there, and nothing is moving in a situation that is almost impossible. Of course, things are much more complicated than that.

The activity of armed groups, of which we know of more than seventy in the two provinces of Kivu alone, forces hundreds of thousands of people every year to leave their homes and flee, abandoning their means of subsistence.

Although the interests of the armed groups are diverse, almost all of them have a profile that could be called mafia-like. They are essentially engaged in illegal economic activities, such as the exploitation of strategic minerals and precious woods, the trafficking of protected animals, or simply the robbery and extortion of peasant communities. 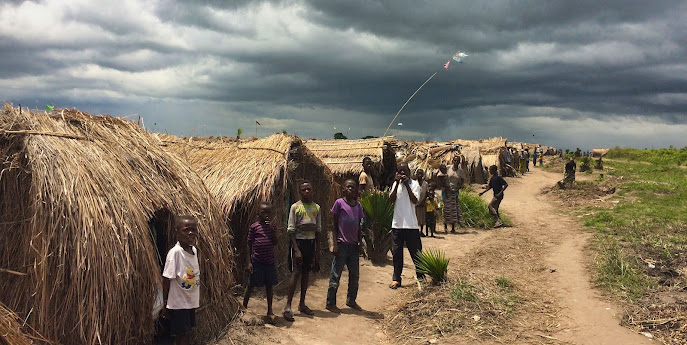 The United Nations estimates that violence by armed groups is responsible for 92% of all internal displacement in the DRC.

Often the displaced had already been forced to flee the violence caused by these groups, or by military operations to combat them. Many have only known a life of exodus and instability that has placed them in an extremely vulnerable position. Internally displaced persons are the largest group of beneficiaries of humanitarian aid in the DRC (although this aid does not reach everyone, far from it).

Inter-ethnic tensions also cause the exodus of tens or hundreds of thousands of people every year. In the last four or five years, there have been very serious inter-ethnic clashes in the provinces of South Kivu, Tanganyika, Ituri, or Kasai, which decreased in intensity after the 2019 electoral process.

Epidemic diseases are another major problem regularly faced by the DRC population. Although the information on their incidence is scarce, the COVID 19 pandemic has hit particularly hard in a country that lacks a robust and effective health system, and its impact on the economy has been particularly devastating. But for many years now, the DRC has suffered frequent epidemics of other diseases such as measles and cholera (and more recently Ebola). It is estimated that 98% of the cholera cases occurring each year in Central and West Africa are in the DRC. 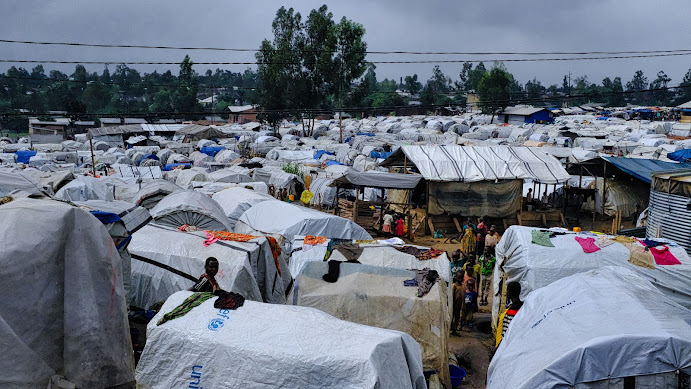 Other serious humanitarian problems in the DRC stem from natural disasters that occur relatively frequently, especially floods, earthquakes, and volcanic eruptions (such as those of Mount Nyiragongo in 2002 and 2021). Finally, it should be noted that the DRC has some neighbors with serious internal problems, resulting in a constant exodus of refugees. There are currently some 520,000 refugees in the country, mainly from the Central African Republic, Rwanda, South Sudan, and Burundi. The living conditions and the means to care for them in the places where they arrive are far from ideal.

While this list of what might be called humanitarian problems is appalling, it is far from complete. Some of these problems are long-standing and are rooted in shortcomings and structural problems. The Democratic Republic of Congo ranks 175th out of 189 countries on the Human Development Index compiled by the United Nations Development Program, which among other things means that its capacity to recover from further shocks is limited. In colloquial language, we could say that every time there is a new emergency situation in Congo, it rains on the ground.

It is tempting to fall into pessimism and despair and think that there is no solution to these problems, but this attitude is unjustified and very dangerous. It is also tempting to simplify and point the finger at clearly defined culprits, such as bad governance, corruption, or just plain laziness. Certainly, this simplistic view does not fit the reality. 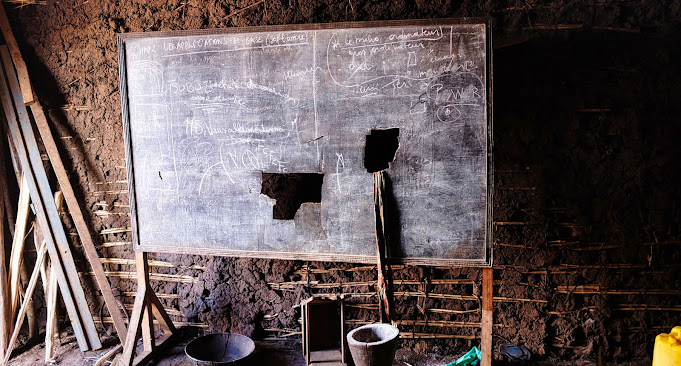 One of the dangers of the defeatist vision to which I referred is the so-called donor fatigue, some of whom wonder what is the use (and what has been the use so far) of the humanitarian aid sent to the DRC if things do not change. Here it is unavoidable to make an aside to underline two essential aspects. On the one hand, as we have already explained, the situation is constantly changing and new needs arise every day. On the other hand, the purpose of humanitarian aid is not to provide long-term solutions, but to save lives and stabilize a critical situation as far as possible. Humanitarian agencies (whether governmental or external) are not equipped or mandated to do much more than that, and to claim otherwise is not only an injustice but a contradiction and a slippery slope in terms of humanitarian principles. However, it is essential not to let up in humanitarian aid efforts and to realize that failure to meet essential needs generates even more need, and increasing difficulties of all kinds (financial, among others) to solve the problem.

There are various initiatives underway to consolidate the achievements of humanitarian aid, linking them in some way to the actions of the so-called development actors (Durable Solutions programs, Nexus, etc.), although my impression is that many humanitarian agencies are a bit lost in these "confines" of humanitarianism, which are sometimes difficult to understand. It does not help that these development actors have very limited deployment on the ground, especially in eastern DRC. 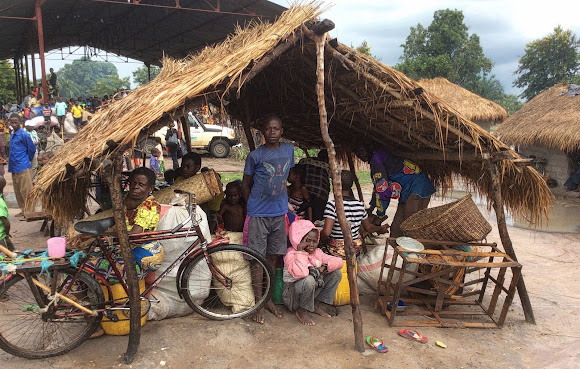 The UN humanitarian agencies working in the DRC and their affiliated organizations have a 2021 response plan to assist some 10 million people with various essential services, budgeted at approximately $1.984 billion. Unfortunately, as of mid-December 2021, that plan is only 37% funded. As we have noted before, a tenuous response to a serious problem is a good formula for aggravating it and making it intractable.

When I first arrived in Goma in 1994 I suddenly found myself in a scene straight out of the apocalypse, and I don't think I will forget it for the rest of my life. When I returned in 2016 I seemed to be in another place entirely, joyful, bustling, and optimistic. I can say the same for many other places in the DRC that I know quite well, including its capital. With many spooky problems, yes, but different, and better too. I tried to calculate how many lives had been saved in that time thanks to humanitarian action by humanitarian actors and the government. How many children had received primary education, or the remarkable extent to which maternal and infant mortality had been reduced? I thought of the (less than heroic) progress made in the fight against polio over the years. I think now that not long after, in 2018, the DRC experienced the first democratic elections since its independence. 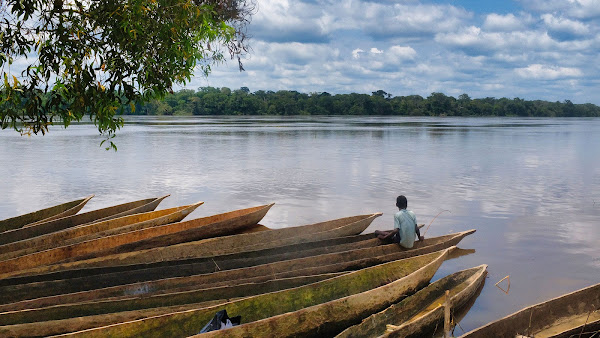 of the UN in Congo Eastern Region 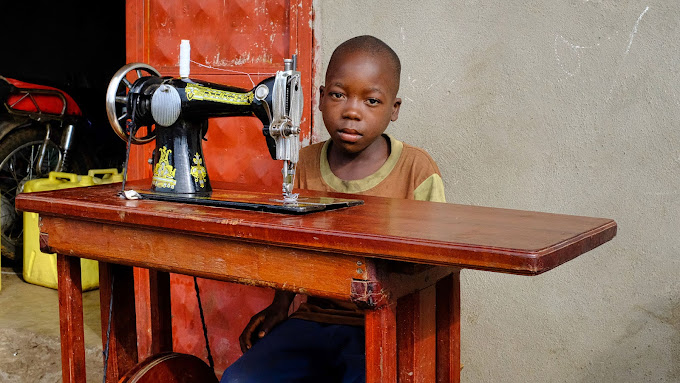