The 2030 Agenda: Important for our city?

From the Claretian team at the UN

What does the 2030 Agenda of Sustainable Development Goals represent for a city? Why is it important for every city to have a 2030 Strategic Plan? To answer these questions, I present in this article what, within the 2030 SDGs, is most relevant for cities.

The 2030 Agenda of Sustainable Development Goals

The 2030 Agenda for Sustainable Development Goals (SDGs) aims to change the way we look at the world and the way we practice international cooperation. Does that sound excessive? Well, although it may seem exaggerated, I have said no more than the reality. The Agenda was approved in September 2015 by 193 countries at the United Nations General Assembly. The signatory countries, including Spain, undertook to draw up a National Plan for its implementation in each country [iii]. Spain reported on the progress of this plan for the second time in July 2021 at the High-Level Political Forum on Sustainable Development, held at the United Nations headquarters in New York.

The Spanish Federation of Municipalities and Provinces of Spain (FEMP) endorsed the challenges contained in the Agenda, stating the following in the communiqué of its XII Plenary: "The 2030 Agenda of Sustainable Development Goals (SDGs), approved by the United Nations General Assembly on September 25, 2015, is the international political framework that the Member States of the United Nations have assumed as a roadmap for the sustainability of people's lives from a social, cultural, economic and environmental perspective. Hence, the five pillars on which the Agenda is built are planet, people, peace, prosperity and alliances.... /... The XII Plenary of the FEMP assumes a political and ethical commitment to the 2030 Agenda to make it a strategic priority at national and international level, convinced that it is the public policy framework to be followed in the coming years for the development of a more just, free and equal [iii]society. "

It is quite possible that these paragraphs have surprised us and we have asked ourselves some questions. How is it possible that we know so little about something assumed by 193 countries, including Spain, in 2015 and that many, including the European Union, the Government of Spain, or the FEMP consider so important? What is the novelty of this Agenda 2030? How does something that has been decided in a place as far away as the United Nations affect our city? Is there an Agenda 2030 Plan for our country? Is there a plan adapted for the city in which we saw? 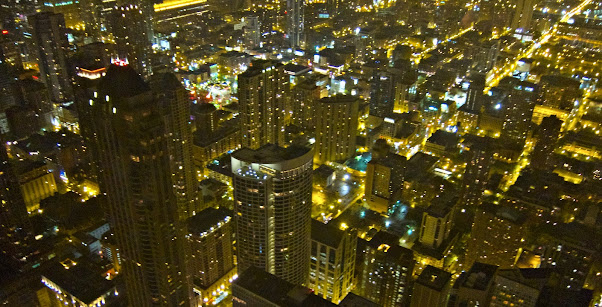 An agenda that wants to make us global citizens, without forgetting our land.

You may remember the Millennium Development Goals (MDGs). Well, without asking you to forget them, the 2030 Agenda aims at something much more ambitious than the MDGs. The world, for the 2030 Agenda, is not divided into North and South; into developed and developing countries. All countries have to ask ourselves to what extent we are meeting the Agenda's goals; we all have to ask ourselves what we are lacking in order to do so and draw up a national plan to achieve them. The 2030 Agenda, with its 17 SDGs and 169 targets, does not distinguish between countries that need to help and countries that need to be helped. The distinction is made between situations and population groups in each of the countries of the world. If we talk about pollution, social inequalities, social discrimination, freedoms, environment, we can and should, according to the 2030 Agenda, ask ourselves about each of our countries and each city. If we talk about international development cooperation, we must ask ourselves what is the most appropriate way to help each country develop its own resources and potential.

The 2030 Agenda, with its 169 goals and indicators of achievement, aims to put the human being at the center of all of them. It is not simply an Agenda to conserve the environment or to try not to consume all resources in order to leave something for future generations; it is an Agenda that seeks to look at the integrity of humanity and to set the keys to building a better world, thinking of every human being. The Agenda for Sustainable Development is thus transformed into an Agenda for Sustainable Human Development, which groups its objectives in terms of People, Planet, Human Progress, Peace, and Partnership. The 2030 Agenda seeks to answer a central question: how can we ensure that all people of humanity realize their potential as human beings; how can we achieve "leaving no one behind"? 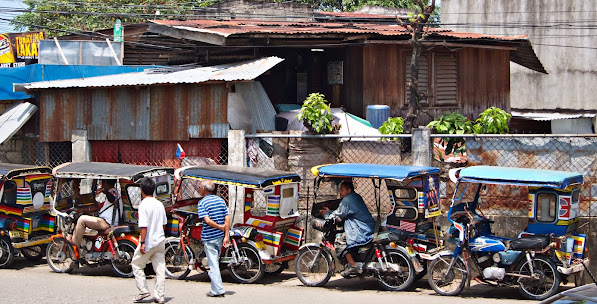 The challenge presented by the 2030 Agenda is so great that it goes beyond the 2030 barrier to become a horizon toward which to move decisively; a challenge that has become even greater because of COVID-19. It is impossible to meet objectives of such caliber without a clear collaboration among all. Focusing on this second idea, SDG 17 calls, on behalf of the 163 signatory countries, for collaboration involving international organizations, regional intergovernmental organizations, governments of all countries, regional governments, municipalities, universities, schools, businesses, NGOs, and religious organizations. The 2030 Agenda thus becomes a framework for cooperation of all actors of society, of all countries of the world, of all of us. It is a new way of looking at humanity, no doubt about it. It is a vision that asks us to be aware that we are global citizens, that is, responsible for the present and future of the world.

Is all this possible? At times like the present, when we do not quite know whether COVID-19 is going to bring out all the good in us or much of the selfishness we harbor, it is only natural that we should wonder. There is no doubt that, for the sake of apparent practicality, it would be better to stick with the eight Millennium Development Goals (MDGs); after all, they are fewer than the 17 SDGs. True, but the world is much more complex than the MDGs and even the 17 SDGs leave some fundamental aspects out of consideration. We cannot divide the world into rich countries (those that give) and poor countries (those that receive). This is a simplistic and even neocolonialist view of reality. We have to admit the complexity of our world, the systemic interconnectedness of the 17 SDGs in order to give an adequate response and work all together with this common frame of reference. Of course, we have to reckon with unmentionable geopolitical interests but, once we are aware of them, we must move forward in trying to improve the world. Ideologies are dead, with all the good that that entails, but we cannot go on believing only in a pragmatism in which only false progress based on the economy alone counts. The 2030 Agenda has at its heart the Universal Declaration of Human Rights and this is embodied in the 2030 Agenda of Sustainable (Human) Development Goals.

The 2030 Agenda was drafted in a very different way from what had been customary in the United Nations until then. The documents approved by the General Assembly or the Security Council were usually prepared by experts from the UN system's own agencies. In the case of the Agenda drafts, the members of the UN Economic and Social Council (ECOSOC) commission in charge of drafting them attended conferences and workshops on what they would later have to decide. University experts, researchers, NGOs, and companies were sharing their experience and wisdom so that the UN diplomats would be filled with content from real life and academic research. Civil Society was beginning to make its way in a UN that, despite everything, is still excessively anchored in 1945, the year of its creation. It is the same civil society that is now called upon to collaborate with governments and supranational organizations to implement the 17 SDGs.

How does the SDG Agenda 2030 resonate with municipalities?

The implementation of the 2030 Agenda cannot be left to the UN alone; nor can it be left to governments or Supranational Organizations alone; nor to regions, autonomies, "landers" or city councils. We need Civil Society (universities, researchers, NGOs, religious organizations, schools, etc.) and companies. The Spanish Federation of Municipalities and Provinces (FEMP) recognized the 2030 Agenda as a document to be integrated into the future plans of each municipality and region, to build plans for the future; specifically Plans 2030. The Plan that each State-Nation, each municipality, or region has to elaborate must contain the 17 SDGs, taking into account that the 17 SDGs are necessarily interrelated. Each entity must highlight in its plan those goals or targets that are most necessary.

Although all SDGs must be present in the 2030 Plans, in the case of cities, there is a Sustainable Development Goal specifically dedicated to them. It is number 11: "Make cities and human settlements inclusive, safe, resilient and sustainable". I point out here seven goals taken mainly from SDG11, which I believe the city of Elda should take into special consideration:

"11.1 By 2030, ensure access for all people to adequate, safe and affordable housing and basic services and upgrade slums.

11.4 Redoubling efforts to protect and safeguard the world's cultural and natural heritage

11.7 By 2030, provide universal access to safe, inclusive and accessible green spaces and public spaces, in particular for women and children, older persons and persons with disabilities.

10.2 By 2030, enhance and promote the social, economic and political inclusion of all people, regardless of age, gender, disability, race, ethnicity, origin, religion, economic or other status.

16.7 Ensure inclusive, participatory and representative decision-making at all levels that is responsive to the needs of the communities.

17.17 Encourage and promote effective partnerships in the public, public-private and civil society spheres, taking advantage of the experience and strategies for obtaining resources from partnerships.

I invite readers to learn first hand about the 2030 Agenda[iii], not just the titles of the 17 SDGs, I think it can be a very enlightening read.

If I had to choose one, thinking about raising awareness among city dwellers, I would take target 4.7 This target is almost a small educational project on sustainable human development and global citizenship. Let's keep in mind that Goal 4 on education speaks of lifelong learning. It would be a mistake to understand this target 4.7 as referring only to the school years and not to understand that we are talking about teaching-learning attitudes that must be deployed throughout life. 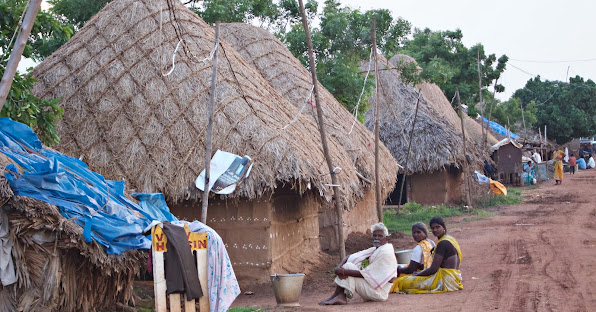 In conclusion: each of our cities has to develop an implementation plan for the 2030 Agenda, thinking about the 17 SDGs, but especially about strengthening those aspects of the 2030 SDGs that are weaker in their fulfillment.

From the Claretian team at the UN