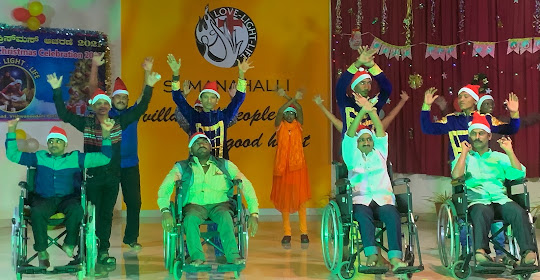 Best Place for Jesus to be….

Last Sunday, the 19th of December, was an amazing day for the Sumanahalli Society, Bangalore. This social service center of the Bangalore Province of the Claretians, had its special Christmas program last Sunday.

It was a surprise for us to see about 700 people gathered together to celebrate, despite COVID and its fears. Every one of the 700 people were either affected by leprosy, HIV or disabilities. Or they were orphans from these backgrounds. Some of them were boys who were rescued from the street. Others were boys serving the jail term after being convicted for crimes. Many lived in the campus for years together and came back to be in their “Mother House” for Christmas program.  Each one of them was a story and a case study by itself. It was a Christmas of people in the peripheries.

Persons who were committed to work with them or supporting the projects for these groups of people also had come together to celebrate. Either as individuals or as organisations, they were committed to this cause. Each one of them shared the concerns of the people in the peripheries. 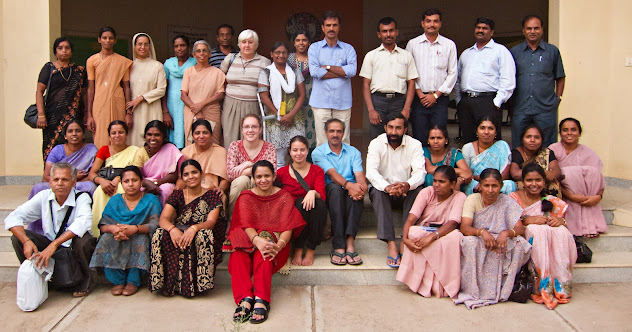 In 35 years, it has become the largest social initiative the Claretians of Bangalore Province are involved with. Claretian Fathers have been the Directors of this project. Now there is a community in the campus, with three Claretian Fathers involved in the work. About a dozen Claretians have served in this project. Archbishop is the President of the Society, with the Provincial of the Bangalore Province being the Vice Provincial.

The name Sumanahalli literally in local language Kannada means, ‘village of people of good heart’. It was the name coined by the founders of the Society in 1977, a group consisting of the Archbishop and a handful of committed religious from various congregations and a small medical team from St John’s Medical College and Hospital, an initiative of the Catholic Bishop’s Conference of India. It all started with a letter from the then Chief Minister of Karnataka State, Mr Devaraj Urs to the Archbishop of Bangalore requesting to start a second leprosarium for Bangalore. 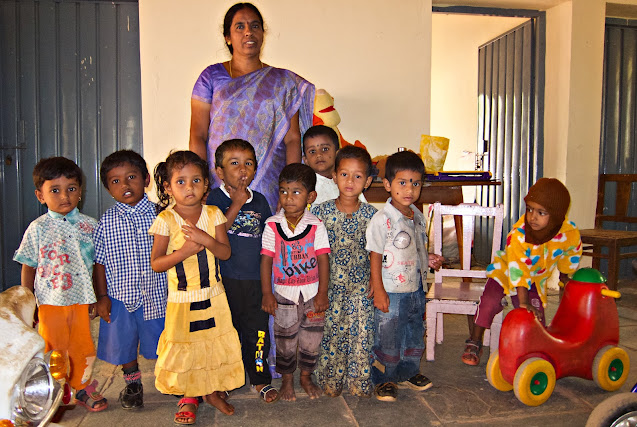 Beggary being prohibited by law, the leprosy-affected persons from the villages were arrested on the streets, as they tried to make a living by begging. That was the only way they could survive, being thrown out from the houses, being detected with leprosy. But the normal beggars at beggars colony, would not tolerate them being with them and thus demanded a separate place for leprosy-affected beggars. Archbishop Arokiaswamy brought together a team of religious and committed lay people and named the project as Sumanahalli.

The first team of people managing Sumanahalli had the great vision not just to keep the arrested beggars with medicines and food, but to evolve a program to send them back to society to live a normal life. Around the same time, in 1982, the first effective medicine for leprosy was introduced by WHO in MDT - Multi-Drug Therapy. Leprosy could be cured in a matter of six months to one year, a miracle for a disease the entire history of humanity had no answer for, leading to their isolation and deportation, to far-off islands.

After treatment, they were given education. The children, with the tag of leprosy, were rejected admission to the schools around. They were sent off to places far away to hostels, till we started a school on the campus in 2004, which now has over 300 students from the background of leprosy, HIV, and disabilities. It is a joy to see that many of the children of the leprosy-affected persons are now doing their professional studies, including medicine, engineering, and chartered accountancy. Many are employed already. Many of them were part of the celebration on Sunday, recollecting their great memories.

The next stage was vocational training and job placement. Sumanahalli took up the advocacy work with the Government to create a separate reservation for leprosy cured persons in the Government departments. The result is the presence of about 500 of them in different hospitals and offices across the State. Job has given them money and facilities. Job has given them dignity and independence. None of the cured leprosy patients are now begging on the road for their survival, a great evolution for a group, cast out by society for generations. Fifteen of them doing well in the job and getting promotions were honored in the Christmas program.

Two others areas of the leprosy patients’ life improved by our intervention are housing and marriages. No one would give a leprosy-cured family a house, even on rent. We fought with the government to allocate them houses along with the poor people. It worked. Now over 300 families have their own house, owned and registered in their name. Most of them, having run away from their families had no one to organize a marriage for them. We took the lead to identify prospective couples and conducted the marriage on the campus itself.  They are now settled with a family in their own houses, which would value over a million rupees.

Sumanahalli has helped over 11,000 leprosy-affected persons with this kind of comprehensive rehabilitation program. Many of them consider Sumanahalli as their Mother House and they wanted to celebrate Christmas with the Fathers and Sisters who had helped them to shape their lives. Some just wanted to say thanks. Some of them just wanted to give me a hug. Some came with money to repay to the Society that took care of them. Some just wanted to be around the place where they were born and were brought up. The atmosphere was filled with love, light, and life, the three mottos of the Society.

Sumanahalli in the last 15 years opened up the large campus of 63 acres leased by the government also to extend its love and care to similar groups of people with medical and social needs. Claretians took the lead to establish Support, an HIV care center that can house about 30 inmates. Norbertine Fathers set up ECHO, a jail for convicted children. Bosco Fathers initiated a vocational training center for street boys. Montfort Fathers started the Anugraha center for orphans from leprosy and HIV background. St Joseph’s School is run under the leadership of the SJT Sisters and medical care is provided by the FSI Sisters. It is a beautiful blend of the religious and the Diocesan, the laypeople and people from all religions, languages, and caste. It is a perfect example of the idea of the shared mission of the Claretians. 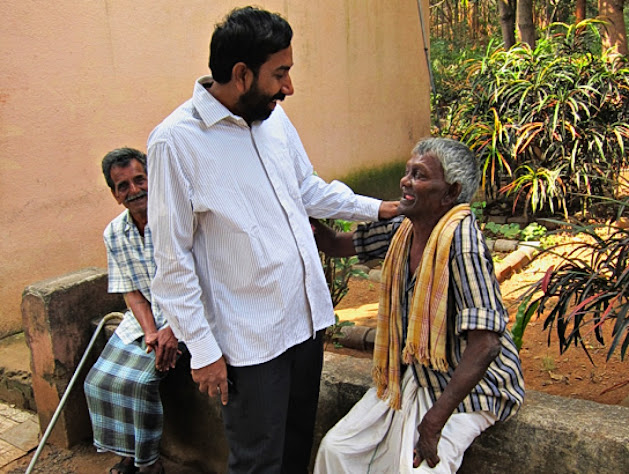 When the inmates on the campus, along with our school children and persons under vocational training came together with the former inmates of the campus, it was Christmas at its best. The unwanted found themselves welcomed and loved. Jesus could not have found a better place to be than with such people from the peripheries.

Sharing the news of our celebration, a journalist friend of mine Jose Kaviyil, commented: “Christmas is not a celebration of the powerful and the mighty. It is a feast of the poor, and of those who know their need for God.”

It was my 13th Christmas celebration with this group. It has been a pure joy being with them. I have never felt so much joy to celebrate Christmas in any other setting I worked in my 30 years as a priest. Neither have I seen so much joy in the people that I celebrated with, as much as found in the eyes of these people who were the last the least, and the lost in the society.

Jesus must have been hanging around, seeing his Kingdom being lived.