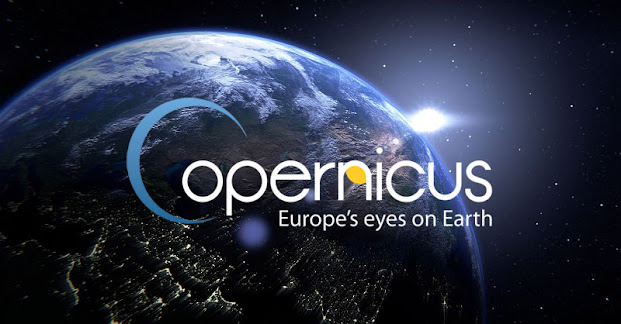 The last Conference of the Parties COP26 held in Glasgow has highlighted the existing differences in the accounting of greenhouse gas (GHG) emissions. Nevertheless, countries follow a standard set of guidelines when summing and monitoring their annual GHG emissions. However, several emission sources, such as land use or city-specific calculations, are estimates based on activity and statistical data.

Water vapor, carbon dioxide, methane, and nitrous oxide are the leading greenhouse gases in the atmosphere. If they were not present, the oceans would freeze, and the planet would not be habitable. But these gases are so efficient at trapping the Sun's heat that, if their levels rise a little, the Earth's temperature also increases, with significant adverse effects on life on Earth.

Since the industrial era, human activity has rapidly increased the amount of these gases in the atmosphere, with the result that the Earth's system is warming at an unprecedented rate. These anthropogenic greenhouse gases can remain in the atmosphere for a long time after they are emitted.

The commitment of the European Union (EU) to the reduction of greenhouse gases is clearly stated in the "European Green Deal" document; the EU has even been implementing for years a system of levies on companies and activities for emitting more CO2 than allowed, the Emissions Trading Scheme (ETS). The problem is that the measurement of emissions is not sufficiently accurate, either because of its intrinsic difficulty of it or because of the interests of states and companies. How to measure emissions more accurately to adjust the payment of "Emission Rights better" or better advise companies and governments? Copernicus is a path to the solution.

It is the Earth Observation Program of the European Union, which monitors our planet and its environment for the maximum benefit of citizens. It provides information services based on satellite Earth observation data and non-space data. The program is coordinated and managed by the European Commission and implemented in collaboration with the Member States. Scientists will estimate and measure carbon dioxide and methane emissions from anthropogenic sources with unprecedented accuracy and detail and in near real-time, using 30 European Space Agency (ESA) satellites. The study will be able to target the most significant emitters and thus enable specific measures to be taken for each of them. At the same time, monitoring will evaluate the efficiency of the steps being implemented. https://www.miteco.gob.es/es/calidad-y-evaluacion-ambiental/temas/sistema-espanol-de-inventario-sei-/es_nir_2021_tcm30-523942.pdf

Copernicus services are based on processing environmental data collected by Earth observation satellites and in situ sensors. Copernicus enables a range of non-space applications that can impact the day-to-day activities and operations of companies and organizations in different areas such as agriculture, blue economy, climate change, and environment, development and cooperation, energy and natural resources, forestry, health, insurance, and disaster management, security and defense, tourism, transport, and urban planning.

The main objectives of Copernicus' international cooperation are guided by its policy of total, free and open access to data, conducive to overcoming global challenges and creating opportunities for growth and employment. 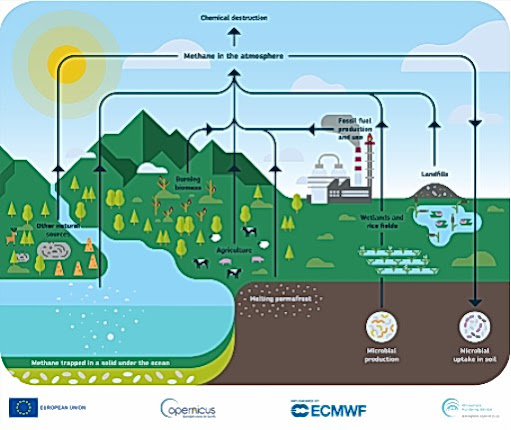 - Positioning Copernicus as a recognized best practice and standard.

- Engage third countries in Copernicus, and maximize the efficiency of EU investments in Earth observation, in coordination with international partners

- Facilitate European Earth observation companies to access international markets, creating the conditions for them to export high-value products and services based on Copernicus data and services.

Carbon dioxide levels have not been this high long before modern humans existed.

Since human-induced CO2 emissions are one of the main drivers of global warming, this means that all countries must reduce their anthropogenic CO2 emissions. In addition, the European Union's Green Pact, launched in December 2019, has committed to making Europe the first climate-neutral continent by 2050. Therefore, one of the main priorities is to estimate CO2 emissions accurately to support the Paris Agreement and the Green Deal implementation. However, withoutcareful tracking of emissions over time, there is no idea of the effect of the various measures countries are taking to reduce their emissions.

In addition, CAMS provides daily analyses and forecasts of atmospheric CO2 concentrations that can be used to study the variability of the gas and underlying processes. The next major step in developing an emissions monitoring system that links the change in observed atmospheric CO2 to changes in near-surface emissions, the Copernicus anthropogenic CO2 emissions monitoring, and verification support capability. This new system will also benefit from monitoring different pollutants emitted from the same source (e.g., NOx and CO from fossil fuel combustion) to help attribute natural and man-made CO2 sources and sinks.

The CO2 Monitoring and Verification Support (CO2MVS) capability is the new Copernicus service component that will support action on climate change under the Paris Agreement and the European Green Pact. CO2MVS will provide observation-based information to make greenhouse gas emissions assessments more complete and consistent worldwide. In addition, the Global Stocktake (GST) is a critical component of the Paris Agreement. GST is a reporting and learning process that aims to assess the world's collective progress in achieving the intent of the Paris Agreement and is carried out by the countries participating in the Paris Agreement. The cooperative approach and outcomes of GST will track combined progress on mitigation, adaptation, and support. 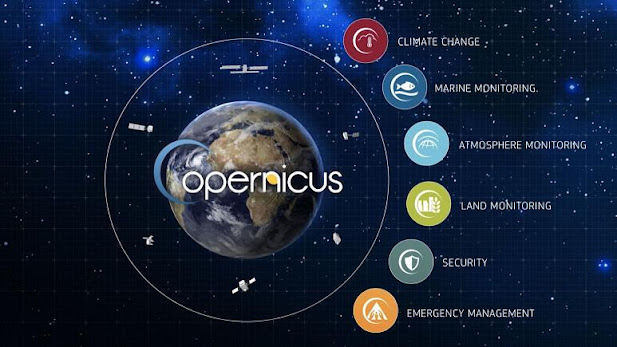 The first GST will take place between 2021 and 2023 and the status of greenhouse gas emissions and their reduction over time are a priority. After the first GST, the process will be repeated every five years. The CO2MVS will be fully operational in 2026 for the second GST in 2028. It will be part of the second seven-year phase of CAMS. As part of the Paris Agreement, all parties agreed to conduct a global inventory every five years, with the first one ending in 2023. It will also increase understanding of the impact of mitigation actions. Ultimately, the CO2MVS capability will provide consistent and reliable information to support decision-making processes.

As Copernicus enters its second seven-year operational phase, the new anthropogenic CO2 emissions monitoring and verification support capability (CO2MVS) will be integrated into the advanced data processing and computer modeling expertise that already exists within CAMS. As part of the program, European agencies are developing a constellation of satellites dedicated to measuring carbon dioxide and methane concentrations in the atmosphere with an unprecedented combination of coverage, detail, and accuracy.

The real added value of the CO2MVS capability will be to provide more detailed and timely information supporting climate mitigation and adaptation actions. The combination of information from many sources (observations, reported emissions, human activity data, and detailed earth system modeling) will provide relevant emissions data much more timely, precise, and consistent than is currently available through national reporting. The CO2MVS capability will significantly improve the scope and quality of current observation-based CO2 estimates and enable monitoring of the world in just a few days, including identifying hotspots such as power plants and fossil fuel production sites.

Other services, such as the Copernicus Land Monitoring Service (CLMS) and the Copernicus Climate Change Service (C3S), also monitor greenhouse gases and their emissions. https://atmosphere.copernicus.eu/ghg-services/carbon-dioxide-qas