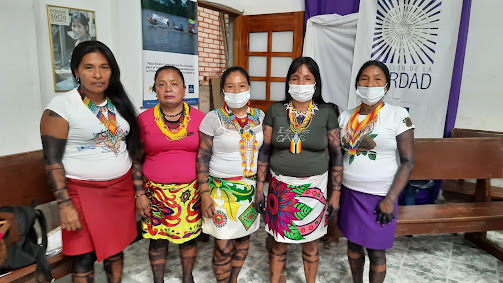 In the municipalities of Riosucio and Carmen del Darien in the department of Chocó, the armed conflict has been present since the 1980s with the presence of the FARC-EP. However, with the paramilitary incursion in 1997 from Operation Genesis, Operation Riosucio, and Operation Cacarica, the patterns of violence increased against the civilian population, generating innumerable forced displacements, homicides, sexual violations, forced disappearances, among other facts, impacting community, territorial, physical, psychosocial, cultural and economic damages that forced families to abandon their homes, bread crops and communities, with women and children being the most vulnerable.

Faced with this war scenario, the return plans of the displaced communities revealed real food and economic insecurity, since the bread crops had been razed and destroyed by the armed actors, not to mention that many women were widowed because of the displacement, as their partners disappeared or were killed, having to assume other economic responsibilities for their support and that of their families.

In this context, groups of black and indigenous women were organized for entrepreneurship, empowerment, and resilience in the territories, being accompanied and trained by the PARROQUIA NUESTRA SEÑORA DEL CARMEN and PROCLADE COLVEN, among these, it is worth mentioning productive initiatives such as ASMUPAES, ASMUCOPA, ASOMUPLAZA, WERARADE, among others, who have survived in the territory through this strategy of action.

However, it is necessary to continue in a permanent strengthening in training and endowment of these enterprises and others to generate their sustainability and means of peacebuilding in reducing risks to economic and food security and recruitment and forced prostitution.

The support to productive initiatives in the BAJO ATRATO has been the primary strategy in resilience and resistance of the communities for their survival in the territory and permanence in quality of life and dignified conditions. 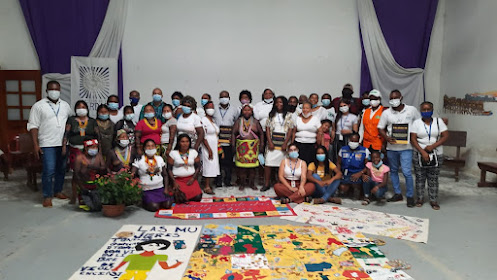