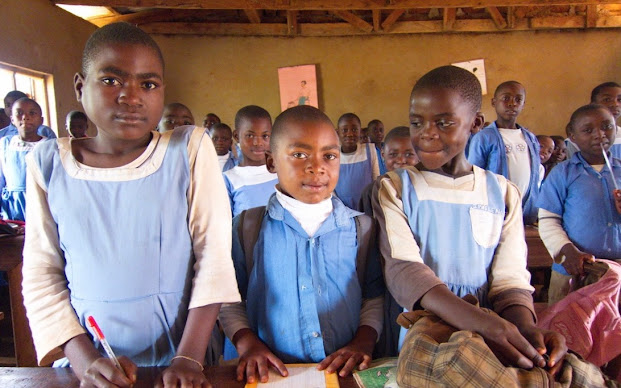 Pastoral Care in Cameroon: Education for a Better Future

Claretian  Pastoral Initiative for Education for a Better Future

It is important to note that the population of Cameroon is about 20 million, of whom 32.4% are Catholics. The Catholic Church in Cameroon has a history of 122 years of evangelization. It now comprises 25 dioceses spread out in five (5) ecclesiastical provinces (Yaoundé, Douala, Bamenda, Garoua and Bertoua). The other major religious groups are Protestants (27.3%) and  Islam (27.9%). In Cameroon, the Catholic Church is growing fast, and there is also an abundance of priestly and religious vocations. Cameroon has a literacy rate of approximately 70%, although higher Education is still inaccessible to most people. The Catholic Church has always been at the forefront of Education in Cameroon. People trust our education system as it has trained many students who are creating change in society, and they are always ready to be part of it.  The Claretian vision of a pragmatic pastoral care ministry is inspired by the ideals and charism of St. Anthony Mary Claret. Claretian schools, in their commitment to the building of God's kingdom, through integral formation, envision a community of disciples that is academically excellent and faithful to the word of God. The three schools started by claretians in Cameroon are touching the lives of many people because of their mission:

·      To develop individuals who are intellectually competent and outstanding in the practice of Christian values;

·      To keep the community sensitive and responsive to the plight of the poor and the needy, and the challenges of the Church and the changing world;

·      To work for the promotion of Justice and Peace and the preservation of the Integrity of Creation;

·      We are empowering Youths to impact the cultures for Christ and evangelizing through Education.

This mission is hope to assist the Government of  Cameroon in achieving its envisaged emergence in 2035. the realization of this mission was done with the opening of three schools across Cameroon.

The school is meant to train students from nursery to high school, studying in English and in French. The dream project aims at having at least 2000 students every year. The school opened its doors in the month of September 2021. The Claretians have already built the nursery section. Now they are dreaming of the Primary and the Secondary section. The admitted pupils for the nursery and primary school and are all in the Nursery school building. School started already with an enrolment of 69 pupils in the nursery section (Anglophone and Francophone) and 169 pupils in the Primary section Anglophone and Francophone). This entails the whole building has been occupied. To ensure proper accompaniment of the students, two claretians: Roland Ayissi, cmf, and Moise Moumassou, cmf, are full-time into the school apostolate. They also work with a team of 30 teachers. They accompany the students through teaching, catechesis, counseling, and celebration of the sacraments.

The Saint Claret Relief Academy began three years ago due to the shut down of schools in that part of the country because of the Anglophone crisis.  Due to the courage of the claretian brothers, this relief school began in Santa is moving on very well and hoped to be extended to other part of the regions in crisis. The poverty of a population is alarming because of the political unrest. Thousands of young people have been without Education for three years now in the locality due to the ineffectiveness of schools caused by the prevailing crisis in the country. Most of these youths are hopeless and frustrated; this has led to idleness, and consequently to juvenile delinquency, crimes, drug addiction amongst youth and even children, early marriages, prostitution, promiscuity, early and unwanted pregnancies, abortions, maternal deaths of young girls and many others. The Claretians want to save the young people, and the young people need Education not to join the armed separatist groups.

Currently, Claretians are touching the lives of 350 students who could have preferred arm conflict. They have been encouraged to go to school. The Claretians have laid emphasis on the technical and computer section with a bid to make the Academy a leader in the TIC in the area. This dream is hindered by the small nature of the present structure, with hopes of building a bigger one in the future. Three claretians are involved in the pastoral care of the students: Placid Mutong, cmf; Emmanuel Olowo, cmf, and Wilson Ankiambom Tim, cmf. There are 36 teachers in the school. Since the students are mostly in their late puberty and early teens, both teachers and claretians ensure proper accompaniment of the students through religious knowledge, moral Education, mass, catechesis, and coaching. The main language used here is English. Through pastoral care, the Claretians give hope to the youth and help them to embrace Education and shun war.

The Claretians have been running for the past 10 years a village nursery school in Akono in the Centre region of the country known as Ecole Maternelle Saint Kisito, Akono. 90 nursery school children attend school in this kindergarten. Two Claretians are directly involved in the pastoral care of the children: Alexandre Mvogo, cmf, and Pascal Embolo, cmf.

In everything, though pastoral care in the three schools, they have become fertile grounds for us to make the Claretian Charism felt. Our schools are centers for our youth and children to discover their vocation in the Church.  It will be our way to contribute to the future of our country. Parents have attested that their children have quality moral and spiritual upbringing. This is understood through our mission and vision in the claretian schools. 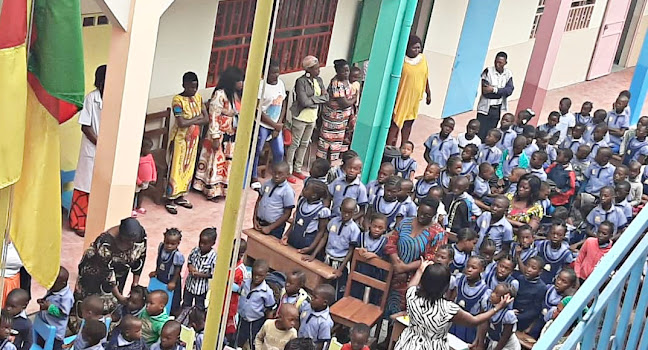 Conclusion and Future of Pastoral in Schools in Cameroon

In a nutshell, achieving inclusive and quality education for all reaffirms the belief that education is one of the most powerful and proven vehicles for sustainable development. This goal ensures that all girls and boys complete free primary and secondary schooling by 2030. It also aims to provide equal access to affordable vocational training, eliminate gender and wealth disparities, and achieve universal access to quality higher education. Education continues to enable upward socioeconomic mobility and is a key to escaping poverty. Over the past decade, significant progress has been made towards increasing access to education and school enrollment rates at all levels, particularly for girls. Nevertheless, it has also been tough due to high poverty levels, armed conflicts, and other emergencies. The ongoing armed conflict (Anglophone Crisis) has seen an increase in the number of children out of school. This is a worrying trend in the future of pastorals in schools as more approaches need to be developed to cater to the needs of the children. Pastoral care takes different forms in responding to people's needs in their context. Accordingly, over the centuries, it has evolved in response to emerging needs. 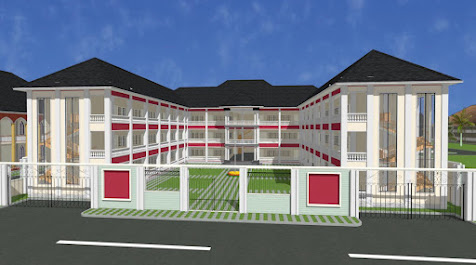 Dreaming about The Santa school future