Mino Cerezo: Passion for God and for humanity, made art SDG 4, 10 EN 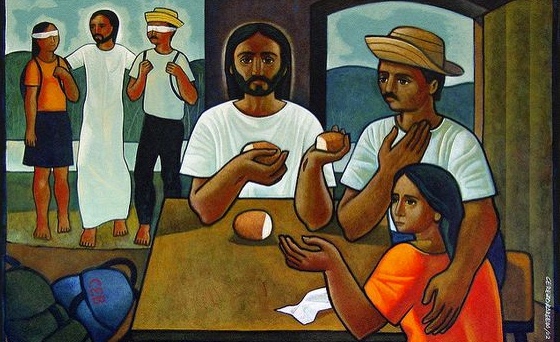 Mino
What do we get out of being a missionary with a paintbrush?

Community of Via gaggio. Lecco. Italy

Next year, 2022, Maximino Cerezo Barredo cmf will be ninety years old, having been born, the penultimate of six children (five boys and one girl), on August 4, 1932, in Villaviciosa, Oviedo, Spain, to a Castilian father and an Asturian mother.

In the world of art and social work, he is known as the "painter of liberation" for his intense work in communicating the painted word in Latin America.

These lines, which I have been asked to write for the "Claretian" world, are intended to reflect a working method: what and how do we read in Mino's painting?

Mino's painting is inhabited by the Word, by the contemplation of the Word itself, and by contemplation and listening to the life of people, especially the poor.

The stories he has accumulated within himself through contact and living with people make Mino's life like a bible of humanity. Why? 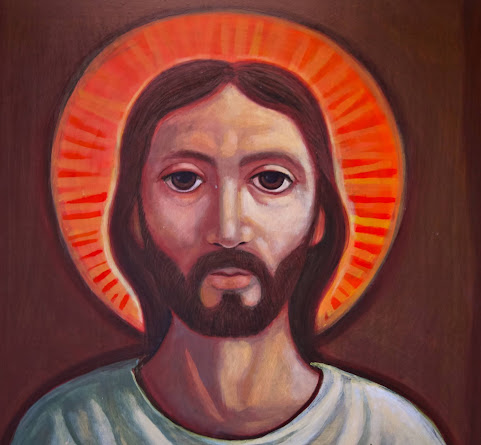 Because wherever he has gone to work (he has done hundreds of thousands of hours of work) that is the place and time of his life. From there, he absorbs the faces, the stories, the weather, the names of the people who find space in his life and become dear, even affectionately dear. He does not close himself up in his profession, nor does he go to capture some news on which to exercise his painting. He is going to be born, because each painting is a new birth, with the people of that place, in the new time that does not erase the past but connects it with the new. It is born with the painting or the mural that gives birth in solitude, with a rigorous time and that does not show itself (it does not like exhibitions) as a prodigy but asks you if you like it, if it has come to make your life inhabited by a new subject.

This is what I contemplated during the months I lived in Lecco, wherein the good house he expressed parables that are always on the borderline between story and reality; not the didactic illustration of speeches. That is why we decided to put together a guide to his painting, which is now being printed.

There are things he has written about this generating force of his painting:

"For me, painting is an anti-speculative and anti-ideological act. It is a vital event: it is blood and breath: pathos and eros precede the action of painting. If the inner and outer world in which I move is inhabited by faith in Jesus, in the God of Jesus, the creative pathos cannot ignore the cry of the poor, the blood and hope of the crucified of history. Even if the plastic result is not always satisfactory (sometimes I have doubts about it), I am sure that it is honest because it is coherent with what I am, what I think, what I believe. Painting something that I do not feel, that does not burn me, is not making art, it is pure aesthetics. Of course, this applies to my work, not to art in general or to the painting of others."

Let us try to contemplate the role she attributes to women in her painting: in all her works, she is entrusted with the bible of the community; let us think about how this sign encompasses the experience of communities and is the way to the desire for a sisterhood that is always in a circle, even physically, with the fraternity.  For a male-dominated society, this is a constant message, even if it is under the radar. 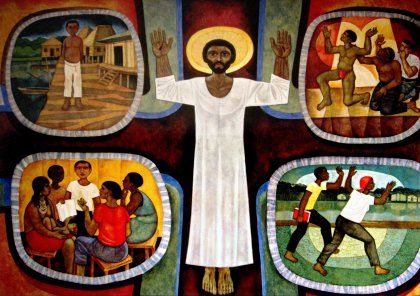 Mary, first among women and mother of Jesus, is one of the central figures in Mino's work. In the Latin American context, he depicts her as a woman of the people, embodying the sufferings of all mothers. This type of representation of the Virgin moves away from the European iconographic and iconological tradition to become peculiar and contextualized in the reality of Latin America. Mary painted by Mino is the poor black woman with a tired face and humble clothes that we see in the mural panels created in 1985 for the church of Beté in Chocó, Colombia; she is the Virgin who consoles and asks that the suffering of her people not be forgotten in the Argentinean mural of the parish of Nuestra Señora de La Paz, on Maipù Avenue, Olivos; it is the joyful India of the Magnificat of the Marian Shrine of Luciara, in the Prelature of São Félix in Brazil; it is in the walk of the Twelve with her with a heart red with blood and love.

There is a declared motivation about Jesus: there is a proliferation of devotional Christians, charismatics, spiritualists, kerygmatic/Byzantines... because the image of Jesus of Nazareth has faded, who bursts forth as man, faithful and merciful (Heb 2:17), who is not ashamed to call us brothers (Heb 2:11), in whom we should have "a fixed gaze" to walk without hesitation to the end (Heb 12:1-3). Some have made it clear that the greatest danger to the church is to make Jesus disappear.

This has been my constant goal for a long time. [The task of communicating in images the message contained in the Gospels of the three liturgical cycles "Images of the Good News" and later the task of illustrating "The Bible of our people" helped me to carry out a deeper re-reading of the New and Old Testament according to the specific characteristics of the target audience in Latin America and the Caribbean.

The Risen One in the Vialucis. In the panels of the Vialucis, I wanted to represent, with a less figurative language than that of the previously painted canvases of the altarpiece, the Gospel accounts of the apparitions of the Risen Jesus.

The stories transmitted by the Gospels show us how the event of the resurrection can take place in different places and times. Painting the resurrection has been a real challenge for me. I have often wondered how to translate and express this real fact in plastic language. I have painted the resurrected Jesus many times and quite realistically. I think, for example, of the Juanjuí mural and the Arequipa panel painted in Peru; I think of the risen crucifix in the former Pastoral Institute of CELAM in Medellín (Colombia); or the mural of the risen Jesus in the cathedral of Sao Féliz do Araguaia (Brazil); or the more recent paintings in Granada and Florida de Liébana (Salamanca). In these works, I do not recognize myself as fully capable of representing the authentic message of the impressive accounts of the Gospels, so realistic and at the same time so theological, which tell us first of all that we should not look for Jesus among the dead. 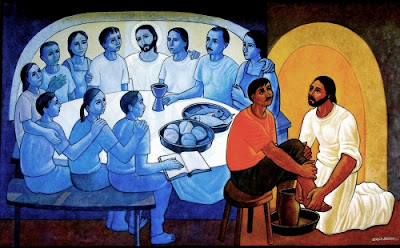 Perhaps, I thought to myself, the choice to experiment with less figurative forms and color elements would have helped me to represent the message of the resurrection in a way closer to the truth of the Gospel, thanks to a language freed from Spatio-temporal elements and more accessible to today's adult believer.

The result of this effort is the fourteen plates that relate the experiences of the risen Jesus and offer the criteria for living in today's society, as believers, the encounter with the risen Jesus.

In company. Mino shared the daily bread with many companions. Here are some names that he also knew: Pedro Casaldáliga, Teófilo Cabestrero, Gonzalo De la Torre, José María Vigil; but surely there were many others who had contact with him. 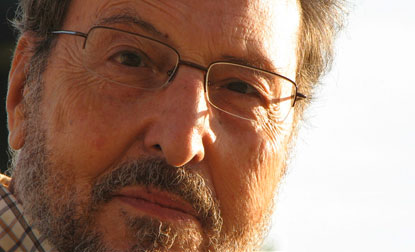 Today I pick up one of his reflections on his painting and invite you to contemplate it.

"My paintings and drawings are conceived in the contemplation of the life of the people, the subject that makes history and does not suffer it. Contemplation - as I understand the artistic act - is a permanent state of astonishment, of falling in love. I had to learn to look at reality with new eyes. This "learning to look" represented for me a true rebirth, the discovery of a new vision of color."

Community of Via gaggio. Lecco. Italy 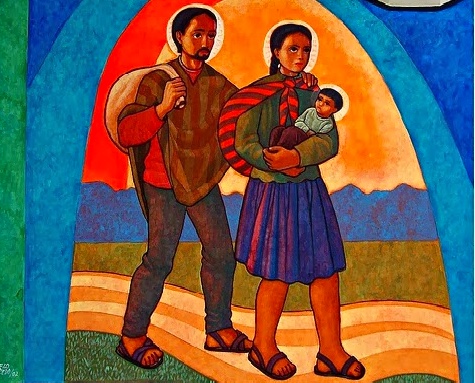