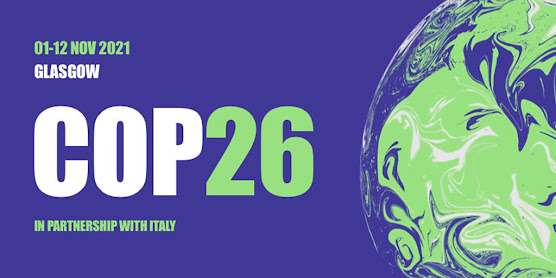 When COP-25 Chile-Madrid ended in 2020 with very poor political results, we put our hope in COP-26 to be held in Glasgow. Unfortunately, COP-26 was delayed for a year because of COVID-19. The Pandemic changed many plans, and the summit had to be postponed. Although it was thought that a second postponement might be necessary, fortunately, in the end, it was possible to hold the summit in 2021 instead of 2022. However, some of the developing countries could not attend and only the UK was chairing, since Italy dropped out at some point during the preparation for COP26. It has been very instructive to know how much each country wanted to commit to what was agreed in Paris; the outcome of the summit has been as disappointing as COP-25 in Madrid, if not more.

The long and very slow road since the Paris Accord

The Paris Agreement on Climate Change (2015), a continuation of Kyoto (1997), included three commitments: to keep the global increase in the planet's temperature below 2°C, even reaching 1.5°C; to increase the resilience of developing countries to the disruptions caused by climate change; to mitigate the devastating consequences that the change is already having. To achieve the first objective, it is necessary to reduce the emission of greenhouse gases, mainly fossil fuels (CO2, gas, oil). To accomplish the other two goals (mitigation and resilience), developed countries have to provide developing countries with large amounts of economic resources. The Paris Agreement was at best a partial success, as the passage of time has shown. Six years have passed since Paris, and studies say that more CO2 will be emitted this year than before the Pandemic; moreover, only 70% of the funds approved for mitigation and resilience of developing countries have been raised. The Paris Agreement was a significant declaration of intent signed by an overwhelming majority of the nations of the world. Still, it is one thing to sign an agreement and another to comply with it.

The failure to meet the objectives of COP-25 Chile Madrid was evident and, as a result, important issues were left pending for Glasgow. The first objective of COP-25 Chile-Madrid was for each country to present its own implementation plan for the fulfillment of the Paris Agreement; unfortunately, only a small number of countries did so. A second unfulfilled objective of the COP-25 was to provide the international market of CO2 Emission Rights with clear rules to adjust the international market of CO2 Emission Rights; with the existing rules, it was impossible to clarify how to calculate the payments to be made by the industries that were emitting excessive CO2. These were by no means unimportant things, which were left pending for COP26; some people thought that having had two years to fulfill the commitments, everything would be more straightforward, but this was not the case. There was one detail that alarmed me greatly: Pope Francis, who was to have been present in Glasgow, announced his non-attendance shortly before the start of the summit. 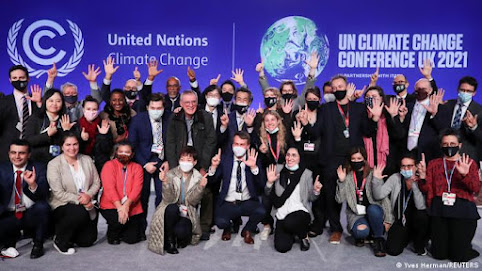 What was intended and what has been achieved at COP26

This is what was on the table and what was actually achieved:

What the negotiators wanted: Commit to reducing emissions to levels that keep global warming below 2°C and close to 1.5°C, compared to the temperature in the pre-industrial era. Global warming has been mainly due to industrial revolutions in developed countries; recognition of this fact led industrialized countries to pledge to provide funds for developing countries to mitigate the effects of global warming.

What they got: The promises fell short before the summit. The agreement calls for countries to review their cuts at the next COP in 2022. A few more countries than in COP25 have submitted their national plans to meet the CO2 emission reductions pledged in Paris, but many others have yet to be presented. In addition, doubts hover over the US-China cooperation agreement on climate change and China's commitment to reduce CO2 emissions by 2060.

What they wanted: Developing countries had estimated $1.3 trillion per year to help their energy transition and adaptation.

What they got: Developed countries committed to meet previous pledges of $100 billion a year, double funding for climate change adaptation by 2025, and set up a process for post-2025 funding. There has been no agreement on where the funds are to come from and what supervision or quid pro quo is required of the countries receiving funds. Perhaps the requirements are to buy from donor countries or the dismantling of customs tariffs of recipient countries? If so, it would be disappointing. Nobody really knows.

What they wanted: Clear rules for governments to trade carbon credits with each other, along with a framework for international carbon markets.

What they got: Negotiators agreed on a broad framework that many business leaders hope will encourage cross-border trading of carbon credits between companies. However, nothing has been agreed on the rules that will govern the market for ICETs; the problem so far has been speculation and double taxation of ICETs; only in the European Union has such a market worked well. 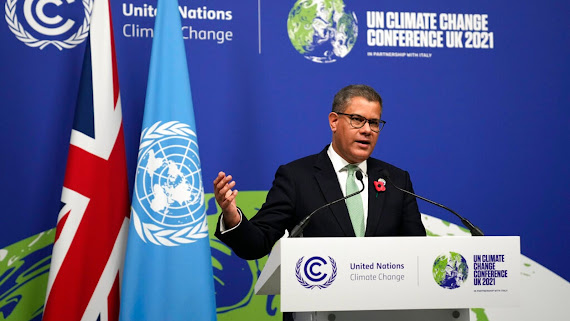 What they wanted: Some key players wanted a commitment to end the use of fossil fuels.

What they got: The final agreement calls for a "reduction" of coal and "inefficient" fossil fuel subsidies. At the beginning of COP26, early drafts included the "phase-out" of coal as a fossil fuel, but at the last minute of COP-26, and under pressure from China and India, the word "phase-out" was changed to "reduction." Even France and Germany tried to include nuclear energy and gas in the "green energies" group. However, the European Union and the USA (under the Biden Administration) seem to have made a solid commitment to fulfill the Paris Accord on CO2" emissions and fossil fuel phase-out. The same cannot be said of countries such as China, Russia, India and Brazil.

On the last day, all the speeches called for the involvement of Civil Society and the private productive sector: governments, civil society, and companies must unite to avoid environmental catastrophe. At COP-26, like COP-25, companies, cities, regions, and civil society committed themselves to the 1.5°C temperature increase limit. Once again, they were the ones who saved the summit. But what about the politicians and leaders who are incapable of doing something similar? Every day, civil society's commitment and pressure on politicians to find solutions to our world's serious problems is becoming more and more necessary. 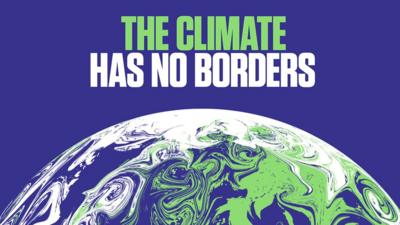 Why is it so difficult to reach an agreement on CO2 emissions?

Climate change, which today no one in their right mind doubts, is basically due to the emission of "greenhouse gases" (methane, ozone, and CO2). The excessive emission of these gases, especially CO2, is responsible for the increase in the earth's temperature and climate change since the time of the first industrial revolution. Nothing has been discovered at COP-26 about the consequences of global warming that was not already known; we have heard for years that it is urgent to take concrete decisions because of the effects that we are already noticing. Why was it so difficult to reach an agreement at COP-26 in Glasgow? Did the COVID-19 Pandemic have anything to do with it? There is a problem called "energy shortage." These months, in particular, we became aware of it with the increase in the price of electricity due to the higher cost of gas, but even in places where coal is used, the same thing is happening with this fossil fuel.

The development of Western countries has required enormous amounts of energy, extracted mainly from coal, oil, and gas. The development of the rest of the countries in the world also needs vast amounts of energy, which has traditionally been produced in the same way as the countries of the Industrial Revolutions. If we want all the nations of the world to have adequate development, a lot of energy is needed, even if we choose, once and for all, to leave aside the frenetic consumerism of the developed countries. A "decoupling" is needed between development and energy obtained through fossil fuels; we need to produce much more energy, but it must be green energy. Vehicle fuels or methane emissions are a significant problem as well, but the biggest problem is the use of fossil fuels to generate electricity.

Therefore, to produce less CO2, we need to change our energy sources: we must move from fossil fuel-based energy to "green" or clean energy. We are faced with the problem of a transformation that implies enormous changes and costs for countries and, of course, for people; but, if we do not do it, our planet has no future.

The European Union, the United States, and, in general, the developed Western countries can carry out this transformation, but it will require concerted action by all world leaders. The environmental problem in some developing countries has to be solved through special funds and technology from developed countries. But there is a third group of developing countries that do nothing but consume fossil fuels, particularly coal.  The Asian continent accounts for 75% of electricity production through thermal power plants and 80% of new projects in the world to build the same kind of plants. China accounts for 55% of coal-fired power plants, followed by India, with 12%, Vietnam and Indonesia, and the USA accounts for 10% of the world's coal-fired electricity generation. The European Union is very committed to green transformation and the “phasing out" of coal, in spite of the fact that Poland depends on coal for energy production. The alternative to coal cannot be gas, since it is also a CO2-producing fossil fuel. 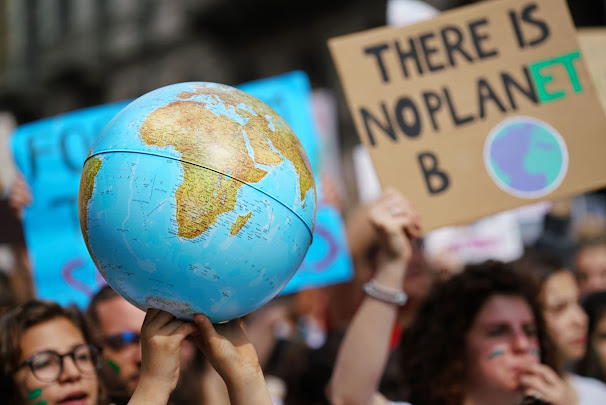 Can the solution for 2030-2050 come from green energies and new nuclear power generation? In its current form, nuclear energy has the problem of radioactive waste; can it be solved through atomic fusion power? Solving this problem is a challenge for scientists and, above all, for politicians. What is certain is that if we do not put a stop to this situation, not only will the planet succumb, but we ourselves will succumb to it. The next date for agreements: COP27 Cairo, in 2022. Can we trust the politicians at COP27? Surely, they will need us, the civil society, to reach agreements.