The UN: How does it work to build peace? ODS 16 EN 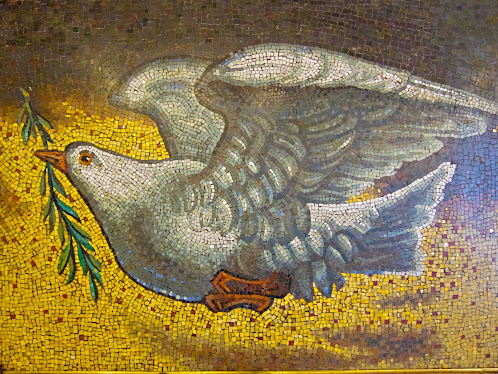 The UN: How does it work to build peace?

It took two world wars, rooted in Europe, for Europe and the world based on "Western values" to realize that something was not working. Millions of deaths and unimaginable destruction were left behind when the "Charter of the United Nations" was signed in 1945 (October 24, 1945).

1. An important concept in the Charter of the United Nations

For many centuries, people tried to negotiate international treaties, instead of carrying out invasions or fighting wars, in order to settle border disputes; but that seemed to be so difficult for everyone until the XVII Century.

The treaties of Westphalia (October 24, 1648), which put an end to the Thirty Years' War (1618-1648), and the agreements of the Congress of Vienna (1815), which ended the Napoleonic Wars (1083-1815), are the first two great attempts to bring about Peace through dialogue, negotiation, and compliance with the agreement. The next step was the creation of the League of Nations (Treaty of Versailles, June 18, 1919) after the devastating First World War (1914-1918), also called the "Great War" by Europeans, in which between 40 and 60 million people died. It seemed possible that the treaties of Westphalia and Vienna had achieved their purpose, but they did not. At the end of World War I, Europe and the United States embarked on the creation of the "League of Nations," whose main objective was to prevent wars as destructive as the "Great War." But history and its protagonists are stubborn. The Second World War began in 1937 and ended in 1945 with a death toll of between 70 and 83 million. The League of Nations was not properly designed.

The fundamental objective of this new organization, the UN, appears in the Preamble of the "Charter of the United Nations": "We the peoples of the United Nations determined to save succeeding generations from the scourge of war, which twice in our lifetime has brought untold sorrow to mankind." The purpose of the authors for drawing up the "Charter" was to avoid war, just as in the treaties of the League of Nations. How has it been possible to maintain the world in peace for more than 75 years, when the main inspiration of both organizations (The League of Nations and the UN) are similar? There is a clear continuity between the two organizations, but there are also differences in concepts and emphasis. We can continue reading the UN Charter up to Article 1, where we find the following statement: "The purposes of the United Nations are: To maintain international peace and security, and to that end: to take effective collective measures for the prevention and removal of threats to the peace, and the suppression of acts of aggression or other breaches of the peace, and to bring about by peaceful means, and in conformity with the principles of justice international law, adjustment or settlement of international law, adjustment or settlement of international disputes or situations which might lead to a breach of the peace.". 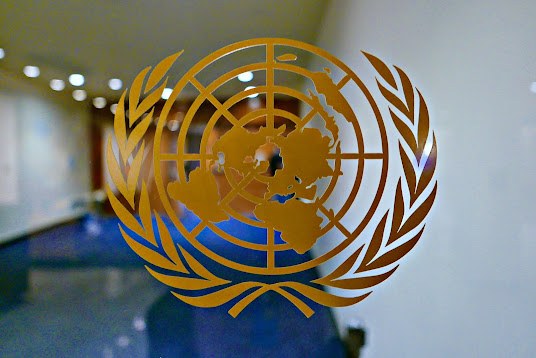 Of course, it was necessary to create a much more complex and extensive Secretariat, as well as the Economic and Social Council, the Trusteeship Council, and the Bretton Woods System. Still, the insistence on PREVENTION, PEACEFUL METHODS, and the inclusion in the Preamble of the defense of HUMAN RIGHTS. All the above has opened a new path to Peace for the UN, which was difficult for the League of Nations at the time.

To summarize, the "Charter of the United Nations" defines the wish of "the peoples of the world" as a desire for true peace that is achieved through dialogue and the enforcement of human rights for all. In order to accomplish this, the Charter includes the creation of the Security Council, the General Assembly, the Economic and Social Council, the International Tribunal of The Hague, and the Trusteeship Council.

The Cold War, which extended from 1947 to 1991, was going to be difficult for the world, but we can say that the world has learned from the two World Wars how to prevent the start of World War III. The United Nations was fundamental to the maintenance of Peace, and among all the various organs established in 1945, the role of the different Secretaries-General has been vital. Unfortunately, the Security Council, from the very beginning, has been blocked by the right of veto of the “P5”. The General Assembly was empowered by the UN Charter itself to deal with all matters of interest to the UN and if necessary, refer them to the Security Council; this was rarely done.

In 1948, the Security Council, the only body with authority, created the "Peacekeeping force" or "Blue Helmets" to supervise peace agreements in the Middle East, so they are just observers. In 1956, the United Nations Emergency Force was deployed to respond to the Suez Canal crisis. In 1960, more than 20,000 troops were sent to the Democratic Republic of Congo to stabilize the post-war situation; 250 of the contingent and the UN Secretary-General Dag Hammarskjold were killed. Between 1960 and 1970, the number of missions increased, and, from the end of the Cold War, the number of missions multiplied, becoming present in many parts of the world and progressively clarifying their role as peacekeepers. 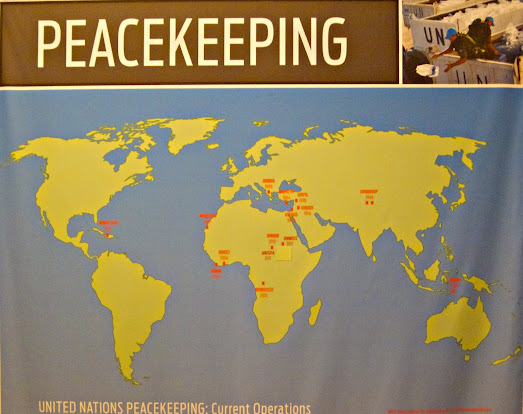 2. The end of the Cold War and the search for a United Nations Identity in a different world.

The end of the Cold War in 1991 meant a new beginning in international relations and, in parallel, the redefinition of the role of the United Nations in the new "mono-polar world" born at that time. What was the mission of an organization created to maintain peace when the fundamental factor of war since the end of World War II had disappeared? On the essential themes present in the founding Charter, updated for those specific situations through a series of UN summits. A particular important line of thinking in the UN has evolved and it concerns the concept of Development. This indicates how, at the end of the Cold War, something was already beginning to change for the better in the UN. The Brundtland Report (1987), following the UN Charter, reveals its concern for the Development of all nations. In addition, it studies and warns about the excessive consumption of the planet's resources. The definition of Development is transformed into that of Sustainable Development, which implies the use of the Earth's resources so that the future of later generations is not compromised.

Reflection on Development was further enriched by the Earth Summit (Rio 1992), which linked Development, the future of the planet, and peoples' rights. The Millennium Summit once again emphasized development concepts involving human rights in their entirety. Unfortunately, the Millennium Development Goals (2000), which are not part of the General Assembly Declaration, reflect this spirit. A new summit in Brazil (Rio + 20) in 2012 will recover and expand the orientation of the Millennium Declaration and will serve as a gateway to the 2030 Agenda for Sustainable Development (2015). The elaboration of the 2030 Agenda implied a clear opening to civil society; the Third UN (the Civil Society) was beginning to have considerable importance in the analysis processes of reality in the United Nations. Once again, in parallel or concurrent processes, the reflections of Nobel Laureate Amartya Sen on the accurate measurement of what Human Development is and the proposals of Thomas Weiss and Jeffrey Sachs on Development were present. The concept of Development shifted from focusing on the scarcity of the Earth's resources to include the concern for resources in the integral Development of the human being. We had moved from Development to Sustainable Human Development. 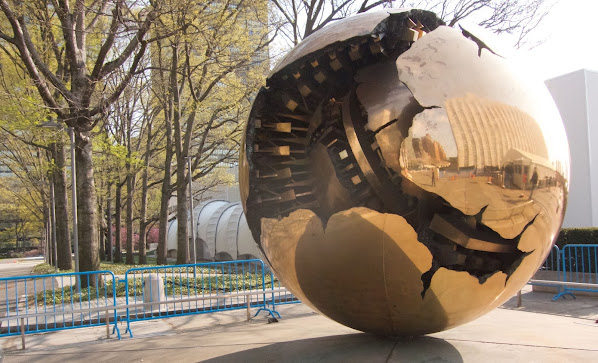 Within the 2030 Agenda21, significant in its systemic totality to recover Human Rights in Society, SDG 10 (“Reduce inequality within and among countries”) 22and 1623 (“Promote peaceful and inclusive societies for Sustainable Development, provide access to justice for all and build effective, accountable and inclusive institutions at all levels”)24 stand out with respect to "PreventiveDiplomacy" to create a world in Peace25. It is true that neither the Security Council, nor the General Assembly, nor the High-Level Political Forum on Sustainable Development (HLPF) has focused primarily on these two goals as key to developing an adequate "Preventive Diplomacy." Still, the current for this to be so is unstoppable26.

Why have I brought this reflection on the concept of Development here? Because the inter-connection between UN agencies. Sometimes seems that we should refer to the "United Nations Family" as a "Family with conflicts and lack of dialogue," the relationships are flowing from one agency to another, when the reflections are on “what the world is” and “what the United Nations should be”.  So, it is not possible to separate the evolution of the core objectives of the United Nations, increasingly focused on building a “DURABLE PEACE” based on Sustainable (Human) Development, from the concept “PREVENTING DIPLOMACY”, as a central idea on searching for the “DurablePeace”.

Since 2015 and the publication of the 2030 Agenda for Sustainable Development, we can conclude that we have two precise dimensions where the United Nations Organization wants to go: Sustainable Human Development and Preventive Diplomacy. Preventive Diplomacy is the way of acting in international relations, an expression of the UN'sdeep conviction that genuine dialogue is what moves the world forward on Peace and Development. Preventive Diplomacy, therefore, is far from being a technique or a protocol but an expression of a deep conviction. This conviction is entirely in line with Amartya Sen's idea of Integral Human Development, which speaks of "freedom to develop personal values in a free process." It is also a perspective of PEACE that increasingly coincides with the viewof the great religions and, in particular, with what is expressed by Pope Francis in his encyclicals "Laudato Si" and "Fratelli Tutti."