The UN Secretary-General and the international outlook

On the Secretary General's address to the UN General Assembly

Member of the Claretian team at the UN

At times, the UN is accused of inactivity or a lack of relevance in the international panorama. Regardless of how accurate this evaluation of the United Nations may be, it must be recognized that it's Secretaries-General (SG) has exercised the function of being, at simultaneously a critical, conciliatory, and hopeful SG exists, in the challenging situations that they have had to face since the foundation of the UN in 1945. The UN is an international forum for dialogue, in the search for agreements and action to ensure that the world is truly at peace and that people can have a better quality of life. That said, realism makes the United Nations Organization is an expression of what international relations are at any given moment; therefore, the "Cold War" between the US and the USSR had a major influence on how the UN functioned at that time. We cannot think differently now; the tension between the United States and China, the crisis in Afghanistan, the COVID-19 vaccines, or the doubts about the “Trans-Atlantic” solidarity of the United States towards Europe are all present in the daily workings of the UN.

Let us turn our attention to a figure who, since 1945, has become increasingly important both in impartially describing impartially the reality of the world as well as designing concrete actions that have saved the UN from inaction*. This figure is/I am referring to the UN Secretary-General. Here are two paragraphs from the old charter of the United Nations (1945), on the role of the Secretary-General:

The Secretary-General shall submit to the General Assembly an annual report on the activities of the Organization. (Art. 98b. UN Charter).

The Secretary-General may bring to the attention of the Security Council any matter which in his opinion may threaten the maintenance of international peace and security. (Art. 99. Charter of the UN)

The importance of the Secretary-General on the situation of the world. General Assembly of 2021

Antonio Gutèrres outlined an extremely worrying panorama by stating, in the first sentence of his speech, that "the world must wake up" (perhaps he meant its governments) and react forcefully in the face of tremendously harsh reality. For Gutèrres, the explosive mix of COVID-19, the deaths and the exacerbation of inequalities/inequality it has caused; the climate crisis and the real danger of not complying with the Paris Climate Agreement; the increase in the number of armed conflicts in countries, such as Afghanistan, Ethiopia, Yemen, Israel-Palestine, and many others.

These terrible realities have exposed the appalling lack of solidarity between countries; solutions are delayed or simply not adopted. A glaring example, for Gutèrres, is what is happening with COVID-19 vaccines. While developed countries have been very successful with their vaccination campaign, even discarding vaccines because when they have expired, 90% of the population in Africa is still waiting for the first dose in Africa. An urgent reaction is needed from developed countries, pharmaceutical companies, and financial institutions to respond to this scandalous situation; the UN is fully prepared to do everything to fight against/to correct this injustice.

Action in the face of climate change is insufficient. It is necessary to mitigate the consequences of climate change and adapt the world to the effects of an almost inevitable change. Money is needed to make these changes, but most of the funds released have gone to developed nations, and very little has been allocated to developing nations. An analogous case can be found in what is happening with the funds earmarked to mitigate the terrible social consequences of COVID-19.

As a result of this situation, according to Gutèrres, there is now a disease that is spreading throughout the world;: it is the lack of trust people have in their leaders. Constantly, amid these situations, they constantly hear politicians speak of the situation as hopeful, but, in contrast, their lives are actually becoming more and more complex and painful every day. The consequence is that people's hope, their belief that a better world is possible, is being shattered. The ideals upon which the United Nations was founded - peace, solidarity, human rights, dignity, equality, and justice - are also being shattered.

We must resolve all this together. A solution must be worked out and must come from multilateralism, but the confrontations between the most powerful nations make it very difficult to achieve a satisfactory solution. We need to strengthen global governance in order to get out of this situation; unfortunately, the United Nations Security Council is one of the bodies where superpower obstructionism, leading to the breakdown of multilateralism. Gutèrres wonders about the right attitude that would help us to agree on a solution; he says to the leaders gathered at the General Assembly: 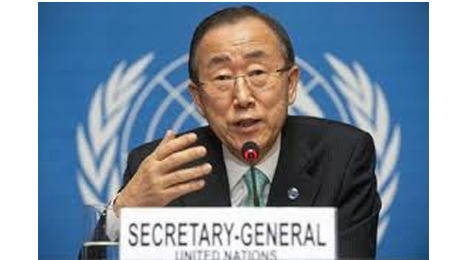 The Secretary-General offers a document prepared jointly by all the organs of the UN General Secretariat: "Our Common Agenda." In it, he presents paths, which he calls bridges, to bridge the gaps in humanity.

3.         Third, we must bridge the gap between rich and poor, within and between countries.

6.         Sixth, and finally, we have to bridge the divide between generations.

The words regarding young people are of particular relevance. For Gutèrres, today's 1.8 billion young people will inherit our successes and mistakes, so we need to think carefully about what we do and listen to their projects and proposals. The document, "Our Common Agenda", includes the appointment of a Special Commissioner for Future Generations and the creation of a United Nations Youth Office. Furthermore, Mr. Gutèrres announced a Summit for the Transformation of Education. They affirmed that their contributions would be a matter of particular importance at the Summit of the Future, also included in "Our Common Agenda."

The Secretary-General ended his remarks by underlining what must be the central attitude of the world and the United Nations in the 21st Century:

"The best way to promote the interests of one's citizens is to promote the interests of our common future. Interdependence is the logic of the 21st Century. And it is the principle of the United Nations. This is our moment. A time of transformation. An era for reviving multilateralism. An era of possibility. Let us restore trust.  Let us inspire hope. And let's start right now." 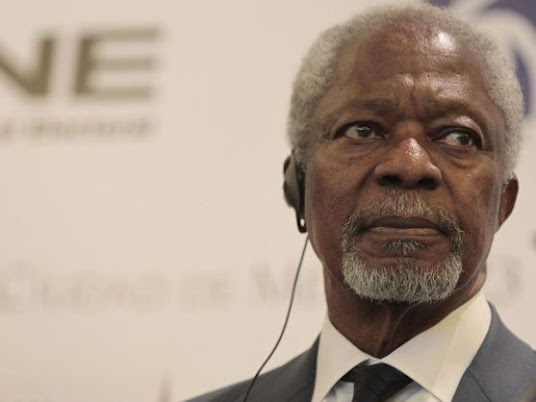 The different Secretaries-General have been key people in the mission that the UN has developed over the years. It has been their reports on the world situation or their speeches at the Assemblies and their discreet interventions in negotiations between countries. The Secretaries-General have played a vital role in what has come to be called Preventive Diplomacy, which seeks to resolve differences between countries before they turn into violence.

Member of the Claretian team at the United Nations 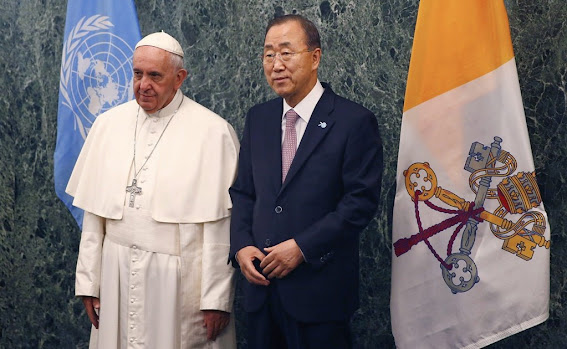