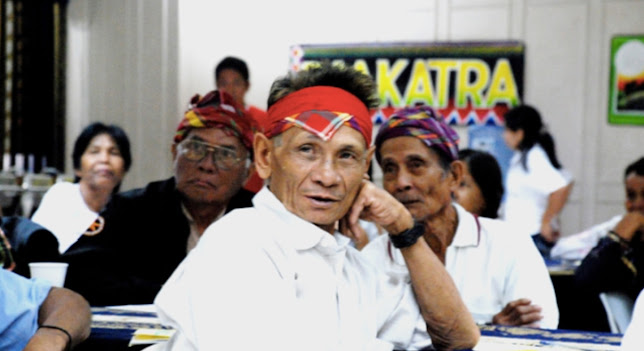 A dialogue with Ángel Calvo

Certainly, despite all difficulties and challenges, there were always spaces for learning. They were spaces linked towards growth. Whether in a classroom or not, education was a tool most effective when parties to a conflict were simmering down in rage and revenge. Most of the time ‘though, the more impactful education is not inside the four walls of a classroom.

Fr. Angel was still keeping his memories vivid. “We opted to approach education through Paulo Freire’s methodology of Liberating Education,” he stated, emphasizing the importance of this fact amid the military regime.

“We knew that it was a bit risky since we were not sure how the men and women of the mixed community would react to this methodology. However, it proved to be a most useful tool for helping us go through a serious analysis of the reality that we and, above all, our people were living in a class society marked by oppression, dependency, and cultural conflicts,” he said.

“Then, on the basis of these premises, we formulated our program of action, with a few direct objectives. On the whole, we wanted to help the communities in their effort to achieve integral human development, which, in our view, would entail an empowering process of liberation,” he elaborated.

Explaining further, he said, “Toward this end, we intended: First, to help enable the transformation of oppressive structures into a new social and political configuration based on greater autonomy and participation, as well as an economic system characterized by a more equitable distribution of wealth, and greater access to the sources of production.”

He added, “Second, to contribute in the process, to greater understanding and fraternity among the diverse groups existing in Basilan, especially between Christians and Muslims.”

Musing, he said, “It was not a nice and neat process, however. At a certain point in the journey, some Muslim communities showed us signs of distrust and suspicion. They had misgivings about our intentions. Even the members of the team were affected. After all, we were children of our lifetime, but we, too, did have hopes and dreams. Hence, these were especially challenging moments that made us go through a new purification.”

“We were compelled to face the Muslim reality with greater openness. We had, so to speak, “to play our cards face-up” and with complete sincerity. Little by little, with constant meetings, patience, reflection, and a study of Islamic culture and the historical problems of the “Moros” in the Philippines, we became more sensitive and discovered cultural and religious values that had no place in our Christian scheme of things,” he said, pondering on his recollection of the past.

Contemplating what he had gone through in the first five years of the Martial Law era, he said, “We were cast into the dynamics of dialogue most crucially. Frankly, analyzing the history of conflict in the communities and honestly reflecting on the mission of the Church in Asia, we embarked on a dialogue of life with the Muslim communities, undertaking common projects in search of justice.”

“People, families, communities that were confronted by fear, prejudice, and recent violence, met on common projects and discovered together that they were affected by the same basic problems. Mutual understanding, respect, and solidarity concretely took shape when there were opportunities or possibilities for sharing a project to address similar needs,” he went on.

“For example, despite cultural differences and religious beliefs, the common aspirations for land, health, education and the future of children, security, and the struggle against political manipulation and other oppressive forces kept us going even in ways that developed friendship across communities,” he stressed.

“And then we needed to celebrate together the community victories and also show sensitivity and great consideration for the religious expressions of our faith traditions. So we helped build mosques in their communities and were invited to participate in the Muslim celebrations inside their mosques,” he articulated, as he accentuated the meaning and the experience of “Dialogue of Life.” 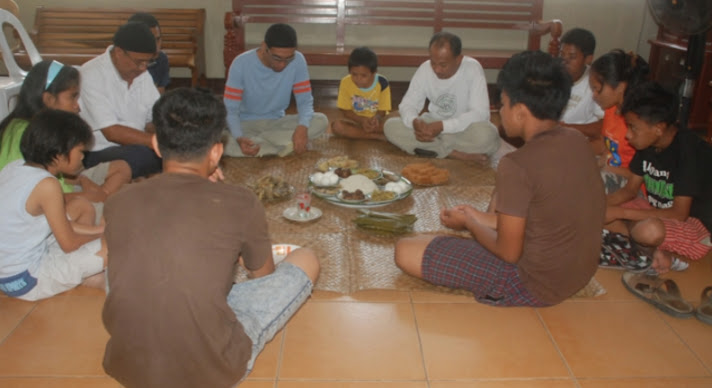 Fr. Angel Calvo was more than focused on the Claretian missionary program.

“We now had to clarify our missionary program among them and undertake a program that would truly respond to their expectations, aimed at their integral development as a community,” he said.

“Our initial program of development had been overly vague. Then we applied ourselves to a serious and thoroughgoing process of evaluation,” he stated.

“We called on a great friend, Karl Gaspar, a highly committed layman who was involved in the apostolate in Mindanao. He had helped us from the outset and followed our steps closely, and we wanted him to help us now in our discernment. I want to mention him here with gratitude because as I write about these experiences of ours, he is suffering in prison, as a victim of injustice, accused, like so many other committed Christians, of subversion. However, no specific charge has been found against him after more than fifteen months of imprisonment,” he mused.

“We knuckled down to a serious analysis of the reality that we and, above all, our people were living in: the classiest society, marked by oppression, dependency, and cultural conflicts,” he recalled.

“Then, based on these Premises, we formulated our program of action, with a few direct objectives. First, to help the communities in their effort to achieve an integral human development which, in our view, would entail a process of liberation that was capable of transforming oppressive structures into new social, economic, and political structures based on greater autonomy and participation, on a more equitable distribution of wealth, and greater access to the sources of production.”

“Second, to contribute in this way to greater understanding and fraternity among the diverse groups that exist in Basilan, especially between Christians and Muslims,” he stated.

Fr. Angel thought deeply. “These were admittedly ambitious objectives, but they begun to take shape in the measure that we began to enter into the process and to adopt a coherent methodology aimed at upbuilding people as persons, transforming their reality, and establishing reciprocal relationships with others.” 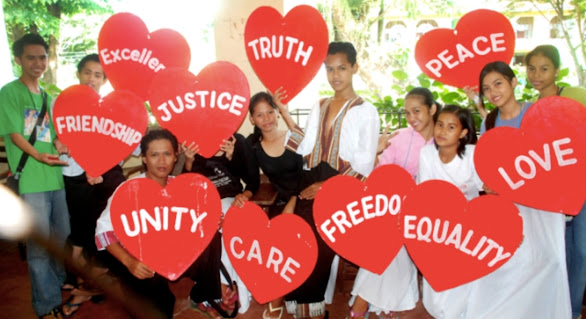 He patiently explained. “An essential first phase of a Liberating Education capable of awakening the critical awareness, or ‘consciousness-raising,’ of human beings, enabling to take possession of the oppressive reality that makes them victims and ‘unveiling the myths and socio-cultural bonds that bind them. It is only in this way that human beings, feeling free of these internal barriers, will be able to forge the power and solidarity they need in order to be able to undertake their task of transforming reality.”

He elaborated on the second.

“Community Organizing was essential, too,” he emphasized. “This kind of organization must begin from the base, from the grassroots, at the level, and in the reality where people move, live together, and work in small communities. Then they need help in order to articulate their problems and authentic aspirations, and gradually to assume those leadership roles that will allow them to build a true organization of community life and promote economic, cultural and political alternatives.”

Then he elaborated on the third step, which was establishing contacts with other grass-roots organizations.

“There must be an effort at networking with other grass-roots social groups that are similarly this radical structural transformation of society: with all those groups that have opted for the people and their struggles. Only this popular power can guarantee the permanency of gains achieved by the efforts of the people,” he emphasized. 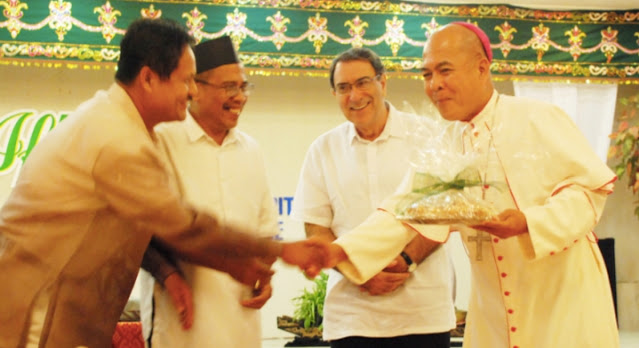 The Road that Paulo Freire Showed

“In our search, we found an educational method, that of Paulo Freire’s, and we liked his vision, his way of understanding and carrying out the education of the masses, and we adopted his project of liberation, his concept of ‘utopia’ as a historical commitment that, “Only utopians can be prophets and bearers of hope.”

He smiled. “The ‘experts’ in Manila wanted to dissuade us from trying this, but our minds were made up. We wanted to try it on our own account, and we began a process of consciousness-raising in all our already formed communities, following the indications of Paulo Freire.”

“All communities had to take part in a series of well-ordered classes according to various phases. First was, discovering the verbal world of the groups through a series of class meetings in which the main problems vitally affecting the community would emerge.

“Second was, creating existential situations. A selection of ‘coded’ and organized problem situations was identified as a basis for discussion and reflection. In almost all our communities, the list of themes and burning issues was very similar.

He elaborated on the process of ‘decoding.’ “The themes I mentioned were discussed and ‘decoded’ by searching out their implications, causes and connections within the social system, always to offer some alternative course of action.”

Fr. Angel explained further. “In those communities where illiteracy was almost total, the communities themselves discovered illiteracy as a prime need during the first classes. Then we followed a complete course of literacy based on the phases mentioned above. In other more heterogeneous communities, or in those which saw no need for reading, we followed the process of reflection and consciousness-raising, without the work of reading.” 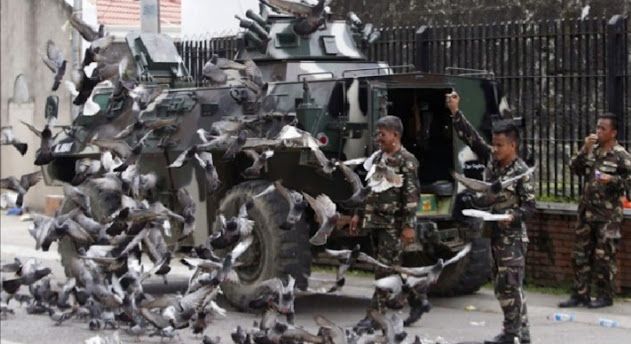 “During the first experiment, which was with a typically illiterate Yakan community, the man agreed to follow the process, but with one condition: the men would do it themselves first, and then, if they liked it, they would also allow their women to take part in the classes. We accepted their proposal, and after two weeks of day and night discussion, they gave their ‘say so,’ and the women also entered the classes. That was a huge advance, bearing in mind the marginated position women hold in a society like that of the Muslims,” he said.

“It was deeply moving to see those men and women coming two nights a week, after a hard day’s work on their farms, often through rain and mud, carrying their little kerosene lamps, in an intense effort of community reflection, in order to be able to scrawl don their first letters and begin to write for the first time in their own language,” he said.

“We have no end of impressive anecdotes from these days. For them, it was the discovery of the world they had never suspected, and it is hard to describe the emotion and joy they felt at being able to express their feeling in written words. On the first day, one of them managed to write ‘almi’ (his version of “army”); on the second day, another was quite proud of writing ‘kalbu’ (which he took to be a good equivalent for my name “Calvo”),” he recalled.

“Then there was the old farmhand who was finally able to write a whole sentence, which he showed us with understandable pride and joy, ‘It doesn’t matter that we are poor; the most important thing is not to be slaves,’ and that moved me,” Fr. Angel said.

“It was a literacy campaign that was not just mechanical or by rote. Rather, it led adults to become aware of themselves and their affairs. It was a matter of learning to ‘read’ their reality, to ‘write’ their history,” he pointed out.

The space for learning is vast, and such is open till one takes in his final breath.

A dialogue with Ángel Calvo cmf 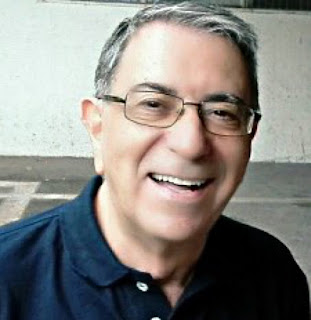