Realism at the ECOSOC of the United Nations EN 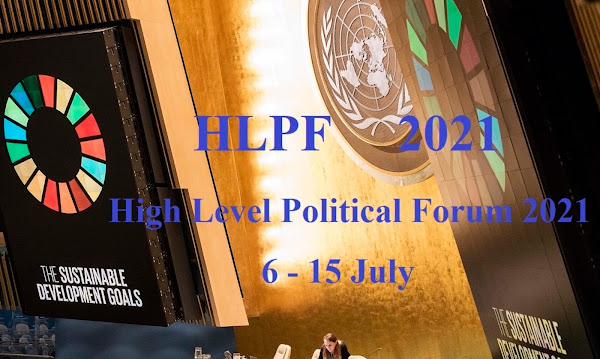 Realism at the ECOSOC of the United Nations

The Economic and Social Council (ECOSOC) of the United Nations is developing from July 6 to 13, 2021, its annual High-Level Political Forum (HLPF) on Sustainable Development which, since the adoption of the 2030 Agenda (2015), reviews the implementation of the SDGs 2030 and the Agenda as a whole. The Policy Forum is being held in Zoom virtual format. The participants of the Forum (HLPF) are the representatives of the ECOSOC member countries, and Civil Society groups and associations (NGOs, Universities, Associations involved in the achievement of the SDGs) also participate. The first week, the one we have just finished has focused mainly on reporting on the degree of compliance with the selected SDGs; I invite you to read previous entries in this Blog. The second week, which begins on the 12th, will feature the Voluntary National Reports (VNR) presentation on the implementation of the 2030 Agenda in these countries.

This year's central theme, the focus from which a review of the 2030 Agenda is intended, is "Sustainable and resilient recovery from the COVID-19 pandemic that promotes the economic, social, and environmental dimensions of sustainable development". The explanatory subtitle is: "Building an inclusive and effective pathway for achieving the 2030 Agenda in the context of the decade of action and implementation for sustainable development". The goals that have been selected this year because of their most direct relationship with the recovery from the COVID-19 Pandemic are 1. End Poverty; 2. 0 Hunger; 3. Health and Well-being; 8. Decent Work and Economic Growth; 10. Reducing Inequalities within and between countries; 12. Responsible Production and Consumption; 13. In addition to analyzing the interconnections between them.

In parallel, during the two weeks of the HLPF, the NGOs recognized by ECOSOC develop an intense activity through parallel meetings on issues of the 2030 Agenda. For example, the Claretian Missionaries participated in preparing one of the "Parallel Events" of the official program. In addition, from the United Nations cmf Team, we have promoted an encounter on Claretian projects related to the 2030 Agenda. 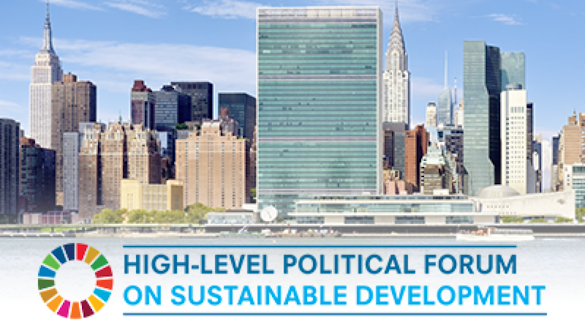 One of these High-Level Forum (HLPF) characteristics is the realism of the analysis of reality. It is clearly stated that the COVID-19 is not only a halt in the excellent progress of the achievement of the SDG-2030 but a severe setback to the situation of years ago, in most of the indicators of the SDGs. The Pandemic has affected SDG 3, related to health and well-being, but systemically, all the SDGs associated with People, Human Progress, Peace, and Justice have even cast severe doubts on the 17th regarding partnerships. It is not just a matter of talking about the death toll caused by COVID-19 (4,025,135 deaths, July 11, 2021). The reports mention, among many other consequences; the suspension of classes for students around the world; the loss of jobs and resources for billions of people in the so-called "informal economy"; the loss or rollback of citizens' rights, especially women and children.

The COVID-19 Pandemic has clearly shown the enormous differences between developed and developing countries. We can give as an example the injection of vaccines at levels between 40 and 70% in most developed countries and at levels of less than 2% in Africa. On the other hand, countries that have combined good health organizations with strong and democratic institutions have been able to face the Pandemic better than others; a clear example that both conditions are necessary can be seen with some examples: the first moments of individualistic confusion in European countries, fortunately, solved; the incomprehensible volume of deaths in Brazil, with an adequate health system but with a denialist government; the better situation in Africa, in terms of infections and deaths, compared to Latin America, due, it seems, to the prompt reaction of the African supranational organizations.

During this week, there has been a call for international solidarity to confront this immense crisis caused by COVID-19. Solidarity in the form of vaccines (through UN-COVAX) and through monetary aid. The speakers of this past week have called for the improvement of tax systems in all countries, and, of course, the need to build a global system of health protection and social protection has been highlighted. The proposal for establishing a World Reconstruction Fund, perhaps along the lines of the one devised after World War II, maybe a good way forward. The complaint of one of the representatives of the archipelagic countries that are seeing how the number of islands that make up their countries are disappearing was distressing; one of their representatives said: "We do not need programs to reduce CO2 emissions, which we do not produce, nor inspectors to make sure we take care of the terrestrial and marine environment; we already do all that. We need, now, monetary resources for the subsistence of our peoples who have seen their way of life disappear: tourism. We need the developed countries that have caused, over the centuries, the climate change that is making our islands disappear. These developed countries must come to our aid".

I end with two statements. The first, a common point among all the intervening panelists is to define the 2030 Agenda for Sustainable Development as the necessary path to follow, as a matter of urgency. The second one wants to open the door to the second week of the HLPF, the one containing the Voluntary Country Reports (VNR) on the implementation of the 2030 Agenda; I hope they will be as realistic as the panelists of the first week have been; recognizing and admitting the truth about reality is the first step to move forward.