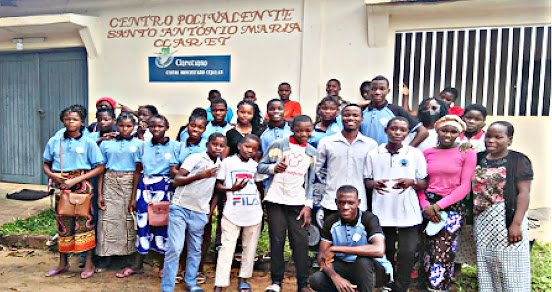 Mozambique is one of the African countries located on the southeast coast of   Africa. The country was colonized by the Portuguese in 1498. The country gained its independence in the year 1975. After the independence, Mozambique was involved in the national war between two national parties: Frelimo and Renamo. The cause of war between the two parties was due to injustices and lack of democracy.   This war lasted 16 years, in 1992, where many people lost their beloved ones and many church’s infrastructures were destroyed and confiscated by the communist regime. After Church’s negotiations with local government regained autonomy and its properties.  Since then, the church has tried its best to fight for justice in the country.

Claretians Missionaries reached Mozambique, for the first time in the year 2006, with three missionaries, two from Brazil and one from Portugal. When they reached Mozambique, they involved in the parish ministry. In the year 2019, we started working with many pastoral works such as Parish Ministry, taking care of the sick {HIV/AIDS patients}, women empowerment programs, different child welfare schemes, and many Pastoral activities. Below are some experiences of SOMI which we undertake in our mission.

The Claretian missionaries in Mozambique work in four main parishes and many outstations/villages. In these parishes, we do administration of the sacraments and attend to the needy. In attending to the needy, we do charity works for the poor in different ways, such as giving food, clothes, and medicine. In our parish, we have a small dispensary where we treat, people with wounds, malaria, and other different diseases. 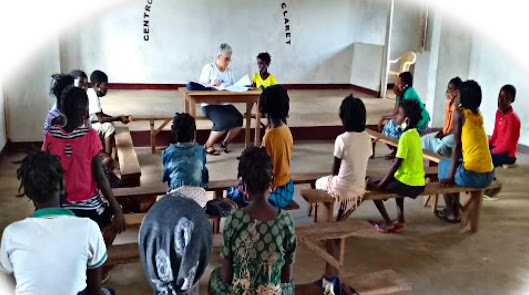 The Pastoral assistance of children

Social works in Mozambique is a little challenging because of poverty. Despite the poverty, we accomplish many charitable works for the Children and youths. The pastoral of the children consists of giving basic needs to children who are in poor health. First of all, we weigh the children and for those who are underweight, we provide their milk. Proper medicine is given to the children to better their immune system. Most of the children whom we attend have nutrition problems because they do not afford to buy better food.

Apart from pastoral Assistance for the children, we also run the project of woman empowerment. The aim of this project is to help young girls to become self-reliant in the future. We achieve it by giving them proper training in tailoring, baking, and cooking.  After completing the course, they can start their own small business. The income from the little project they do enable them to pay their school fee by themselves.

The important project of social work is the nursery school. The education system of Mozambique is very poor.  For the betterment of education of the poor children, the Claretians implemented a system of education in view of boosting the knowledge of the children. Currently, we have four schools attending the children in every parish, where we work. Once they learn how to read and write, they become better in primary schools. We teach from class one to class four.

In the pastoral youth ministry, our main objective is to form the youths so that they can serve better the world as young Claretian. The second aspect is to form youths where we can have different vocations for the Church. We run this project in four parishes.  Currently, we are working at Gile, Moneia, Muiane, and Caramaja.  In the future, we want to expand it for more other parishes too. Some students are in primary and secondary schools while others are in universities across the country.

The area of social justice is a challenging area since democracy in Mozambique is not very well consolidated. In the north part, of the province of Cabo Delgado have been fighting since 2015. The fight is between terrorists and Governmental militaries.  This area has been found with some natural resources like gas and petroleum. There are many people who are involved in the exploration of these precious natural resources.  Due to this conflict, more than 5000 have lost their lives and 25.000 families displayed and staying in different Refugees Camps.  The Claretian missionaries have been involved in social justice, we have done some contributions by visiting some families, supporting them with food staff. We do also dialogue with the local governments where they advise youth do not to follow the devices of terrorists who recruit the youth for war.

This war is very threatening because it can create a crisis for the whole country, not only physically but economically. The war is due to personal and governmental interests in natural resources. The government has a strong eye on it so that people might have no benefit from it. Other selfish people also are interested on it. That is why everybody wants to explore it; it results causing lives of the innocent people.

We pray that God will help us in this difficult situation so that we can live in the situation of peace and brotherhood. We pray that resources might be in use by all the members of the country.

In a nutshell, all our social works which we mentioned above are in the process of growing.