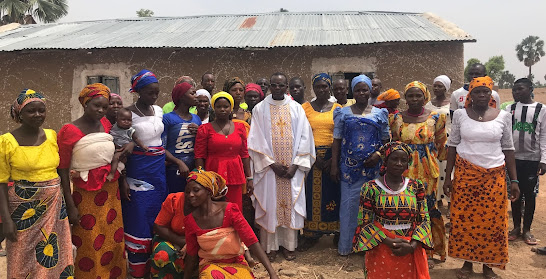 My name is Fr. Lawrence Ikeh, a Claretian missionary priest working in the diocese of Maiduguri in the northeast of Nigeria. I came to this part of the country in 2006 after my studies in the United States and Ireland.  I studied Mission Theology and graduated from Milltown Institute Dublin.  I am also a graduate of Creighton University Omaha, Nebraska where I read Spirituality and Retreat Ministry. I moved to my present mission in the Maiduguri diocese in 2013 and have been the Pastor of St Michael Parish Kalaa, which is one of the parishes seriously affected by the insurgency ravaging the diocese and the entire Nigerian nation.  We are two missionary priests working in the parish of more than twenty-five villages.  I have been in this place since the wake of the Boko Haram insurgency and it has not been a pleasant experience.

In October 2014, the terrorists invaded our community and slaughtered many of our parishioners, burnt their homes, shops and destroyed every means of livelihood of the people.  They destroyed the statue of the Blessed Virgin Mary in our parish as well as some parts of our Rectory.  Since then, there have been sporadic attacks by suicide bombers and all sorts of strategies to cause mayhem in our community.  Some time ago, an unknown passerby gave a wrapped bag to some kids to give to their parents.  Before seconds the man sped off, the bomb exploded in the hands of the kids, killing two of them and injuring another two.  We live under constant threats, abductions, and violent attacks.

The Boko Haram onslaught has been complicated by the menace of the notorious Fulani herdsmen who kill and maim.  They have sacked several communities and brought untold hardships on our parish life as many families can barely feed. Early this year, these herdsmen kidnapped two young girls and demanded a ransom which was paid before they could regain their freedom. 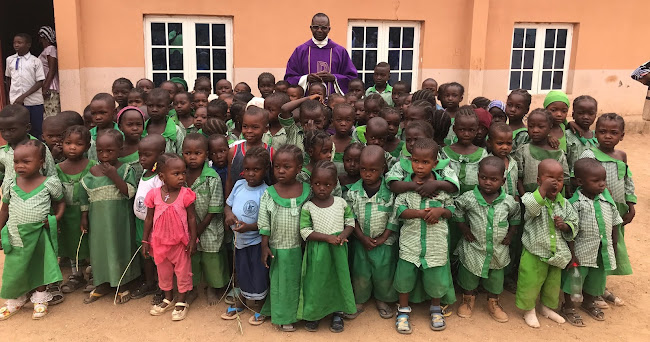 After our miraculous escape in October 2014, I eventually returned to the parish in January 2015 and began to help people rebuild their lives and find fresh meaning and reason to move on. I have had as our own community response, established some primary and secondary schools to educate the children and make them see the dangers of violence and religious radicalism. As several of the families of these kids can hardly pay anything, I have been reaching out to friends and organizations for help and support.  Right now we have more than 228 children in our nursery/primary school and about 76 children in our secondary school.  The families of these children cannot pay and so I continue to appeal to groups and individuals who always come to our aid.

Boko Haram is a terror organization that prohibits education and whatever enhances civilization.  They have abducted many school children and turned them into suicide bombers.  This made many families refuse to send their children to school.  Adding to this factor is the issue of poverty as many families cannot afford to send their kids to school especially after losing all their belongings to the several attacks of these insurgents.  With the support we received, I have been able to set up these schools, built seats for the children, and bought books and other learning materials which we distribute to them free.  I have also employed more qualified teachers and increased their monthly payments and other working conditions.

As the secondary school is growing now, and as we continue to get a large influx of displaced persons, I am planning to set up a skill-acquisition center to help especially some of the young people whose hopes are drying up.  I wish to set up this place to restore hope and build up self-confidence.  We have several boys and girls who saw violence and blood and this seems to be causing some imbalances in their lives.  Such a center will help to keep them busy and make them self-employed.  My strategy to combat insurgency and violence in this part of the country is to build schools and keep the youth busy, take them off the streets, and help them find meaning in life. 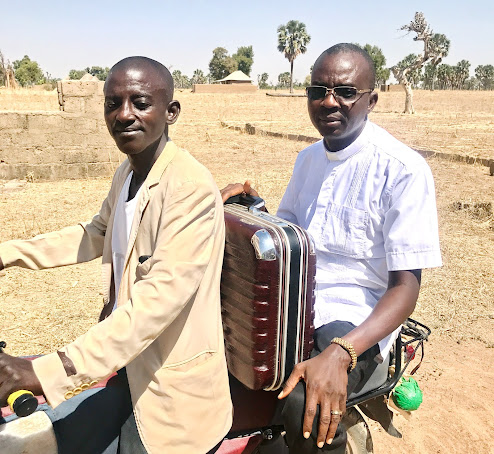 Apart from the school children, we have a large number of our parishioners whose homes, farms, or shops were destroyed by the insurgents.  Many are carrying bullet wounds and need to visit the hospitals for surgery and periodic medical attention.  I live with many orphans and widows whose fate can only be determined by God.  Many of the girls abducted by Boko Haram have come out with kids and these have not been well received by the community.  The girls are taunted and the children not accepted by the community.  I have tried to engage some of them in post-traumatic psychotherapy and spiritual direction as well as a campaign for their re-integration into the community.

Special thanks to my Claretian Province here in Nigeria for the show of care and concern and for all the encouragement I have received since I began this mission.  We still solicit your support for the work to continue especially in the establishment of the skill acquisition center.  I can be reached at   lawikeh@yahoo.com or +2348060772665. 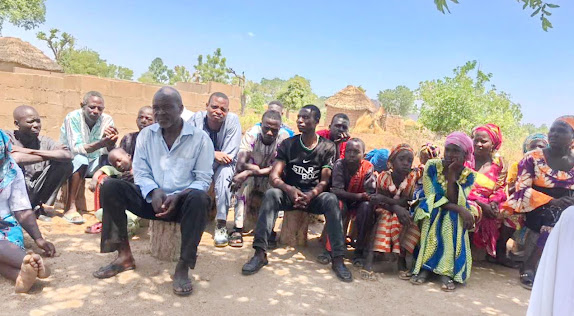