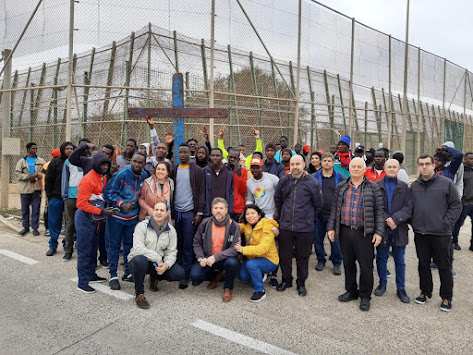 In the Canary Islands, we are living through a real drama. Another thing is whether we are capable of investigating the causes that produce it. Unfortunately, we experience this reality on a daily basis, which provokes rejection in some, indifference in others, and complicit silence in some. But there are also ecclesial realities, civil society groups, associations, forums, platforms, NGOs... that do not look the other way, nor do they turn a blind eye, but this reality gives them food for thought. And it awakens in our mercy, compassion, hope, denunciation, and the search for viable solutions, sometimes with attitudes of resistance in the face of so much rejection.

Humanity itself is the only thing that can save us, to fight for a world where migration is a real and respected right. And it is also essential to take seriously the right of people not to have to migrate.

Migration reflects, on the other hand, the shortcomings of political and economic regimes. The shortcomings of our own system. Disregard for human dignity and life sets the agenda of this inhuman system. The images shock any sensitive and minimally conscious being. The different routes of human exodus have among their particularities the common denominator of danger and death, hunger, racism, wars, trafficking, mafias, lack of scruples to defend a minimum of human dignity... Structural violence, historical marginalization, and neo-colonial projects, and neo-liberalism mark the main causes of this tragedy.

There are more than a few Christians in Southern Europe who have received a call to live and proclaim the Gospel in the reality of discarding, exclusion, the periphery, and, in particular, in the challenge that the reality of immigration is posing in our world. The reality is there and it is not neutral. It can be looked at differently and, depending on the eyes with which one looks at it, the perception is different, the analysis is different and the conclusions are diverse and even contradictory. 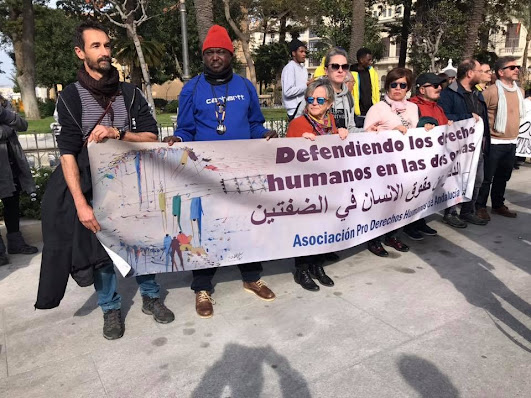 It is a call to build the Kingdom of God, to realize the project of love and fraternity that God the Father has for our world. It is about restoring the dignity of sons and daughters of God to all these people. Today, in particular, what is happening on the borders of southern Spain, and specifically on our island, with the immigrants who have arrived at the so-called dock of shame, and are now being transferred to macro "humanitarian" camps, which are less humanitarian than anything else, cries out to heaven the deportations, treating people as if they were criminals. The only crime they have committed is that they have come to Europe without permission and without documentation! Their only crime is an administrative offense!

This reality challenges many of us and invites us to seek, in an attitude of discernment, what God's will is for us in each concrete situation. We must listen to God's call in each context and respond to God's deep desire, silenced amidst the noise of the world and diverted by political and economic interests.

Again, the key point is the discernment of which Pope Francis speaks so much lately, which enables us to respond to this social reality of exclusion from what is most urgent, opportune, and effective, as Fr Claret would say. For me, the fundamental criterion of discernment is the Project of Jesus, the Kingdom, contextualized in this historical situation. 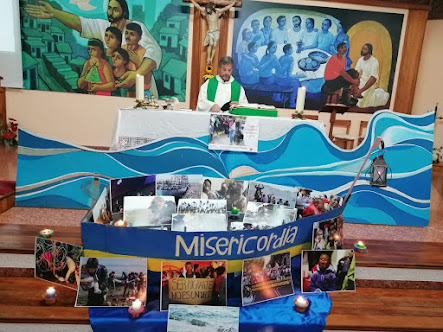 As a Claretian missionary assigned in the neighborhood of Las Rehoyas in Las Palmas de Gran Canaria, I am called, in spite of everything, to be the author of fraternity in the face of this drama. I try to live it incarnating it with simplicity and hope, promoting communion from a Samaritan presence on the roads of a world, very stigmatized, and where the suffering of these vulnerable people has very special resonances, both in my Claretian community and in the parish community that we are fortunate to share. We aspire to bring about the values of the kingdom: peace, justice, life, and rights for all, and we certainly take a prophetic and transformative stance. We seek in our way of approaching and living the mission from a new paradigm that respects the dignity and rights of each person.

Our brother Casaldáliga challenged us, believers, with a prophetic proposal: Do we want to save the system or do we want to save humanity?  The system kills. From the concrete point of view of accompanying migrants, it is clear that I want to be there and to save humanity, and I position myself, even today, on the side of the most vulnerable. This requires continuous discernment in order to live in greater coherence with the real needs of these brothers and sisters of ours. 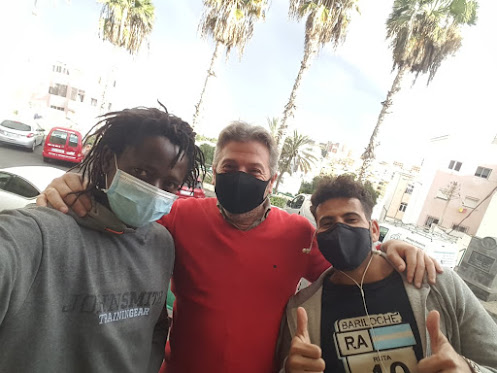