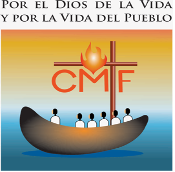 Peace and reconciliation of the black, indigenous and mestizo peoples of Bajo Atrato Chocó SDG 16

The rivers and streams inhabited by the black, indigenous, and mestizo peoples of the Bajo Atrato region are the life-giving tributaries of our mother earth and communities, which from our cosmovision have guided us for decades in a permanent construction of unity, peace, coexistence, life, and reconciliation, where the diversity of race, sex, sexual orientation, and culture are characteristics that have brought us closer in the richness and dialogue of knowledge as we recognize ourselves in a single body and spirit, which is interwoven in the daily life of cultivating, fishing, dancing and singing in solidarity, tolerance and equality. 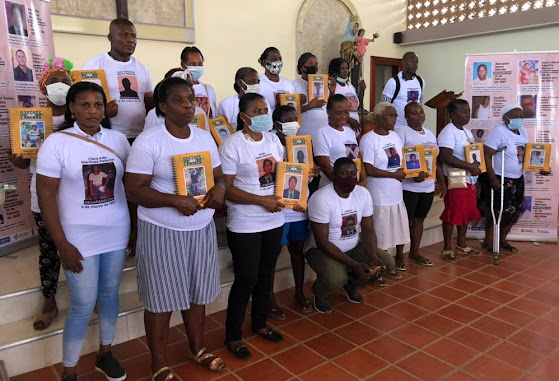 However, our cosmovision of life has not always been respected in Bajo Atrato, since in the last 25 years it has been violated by settlers and illegal armed groups, who have burst onto our lands with the aim of plundering, exterminating, and transforming the ancestral harmony of our black peoples, mestizos and indigenous people in pain, fear and sadness, exploiting mother earth, murdering innocent people, persecuting community leaders, disappearing the bodies of seeds of life and displacing communities from their lands, wherewith more than 17,000 victims, the rivers have been destroyed. With more than 17,000 victims, the rivers have turned into tears and the mountains into shadows of a territory that cries out for the attention of a state that guarantees protection.

However, the state has abandoned this region and has been an accomplice of the economic and political monopolies in this war from a centralist point of view based on proposals for extractive development that impoverishes our region. But the resistance of the black, indigenous, and mestizo peoples has been greater than any armed conflict, since we have had the capacity from our ancestral roots to rebuild peace and work for reconciliation, starting from understanding ourselves as brothers, friends, and compadres of a single territory, that we have suffered the excessive and indiscriminate war, but that we are also the support and resilience for others. 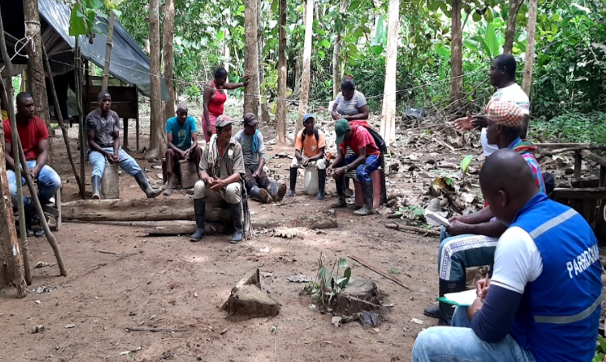 In this process, the reconstruction of peace and reconciliation has been carried out hand in hand with the Parish of Nuestra Señora del Carmen de Ríosucio, Chocó and the connection with our ancestors and ancestors, who have guided us spiritually in the organizational strengthening of the community councils and the indigenous guards, in the search for the truth about the location of the disappeared, in recognizing the psychosocial impacts of the war in order to heal and in the recovery of our collective territories.

Singing, dancing, collective actions, political advocacy, assemblies, and training have encouraged us to believe that the reconstruction of peace and reconciliation is possible from the peoples and for the peoples since from the territorial ethnic organizations that fight for the protection of the territory such as ACAMURI, ASCOBA, CAMIZBA, ASOWOUDACH, ASOAIBA, ASOTECA, ASOCAICA, among others, we have fought for our own reparation and recovery of our territories, recognizing that we are and will be seeds of peace and reconciliation in the struggles between brothers of my land that in the light of the word we announce and denounce the reality of the territory and we can continue to provide paths of social justice in the construction of political consciousness of organizational peace and reconciliation of life in the human being, that in the midst of inequality we continue to reconcile between brothers, without losing the essence that mothers nature teaches us.

The ethnic territorial organizations that for many years we have accompanied from the Claretian mission is a response of peace and reconciliation in the defense of life and territory that by tradition the black, mestizo and indigenous peoples have had at the service of life, resistance, and the development of culture. 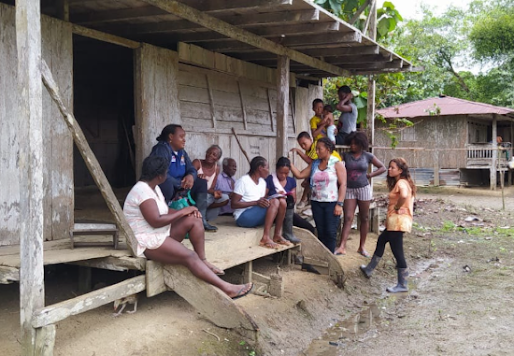