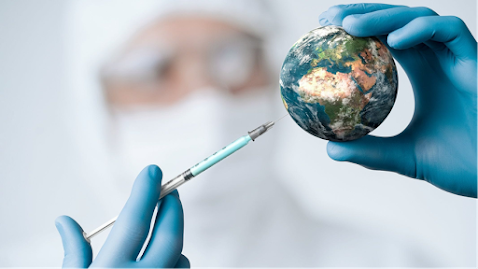 No one will be safe until everyone around the world is safe.

In May last year, Pope Francis called for international scientific collaboration to discover a vaccine against the coronavirus and recalled the need for this vaccine to be available and accessible to everyone. Today, months later, COVID-19 has already left more than 2.5 million dead and a socio-economic crisis from which many countries and people will take time to recover.

From the first months of the pandemic, States, the World Health Organization (WHO), and other global multilateral agencies, companies, and philanthropic organizations agreed to push for the development of products that could prevent, diagnose and treat COVID-19. There was also a consensus on the recognition of vaccines as a global public good and interesting initiatives were launched, such as the COVAX pooled purchasing mechanism, which aimed to ensure universal access, under the premise that achieving sufficient vaccination coverage in all countries of the world was the only way forward in the fight against COVID-19. 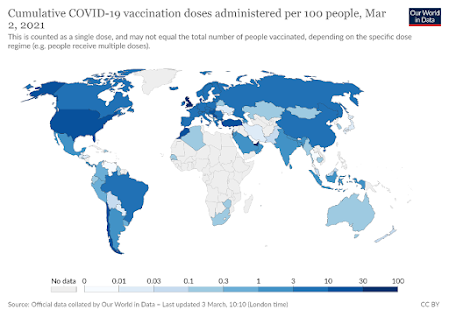 Today, there are several types of vaccines on the market and more than a dozen vaccines are in very advanced stages of clinical development. More will soon follow in this unprecedented global scientific achievement, but there is no point in having effective vaccines available if they are not accessible to all people, including those living in the poorest corners of the world.

The reality, however, is that vaccines are far from reaching everyone equitably and only the richest countries are making progress in immunizing their populations. Far from the spirit of global solidarity seen in the first months of the pandemic, we are witnessing, once again, a clear and cruel example of global inequality and, in the words of the WHO Director-General, a humanitarian failure.

At the end of last year, the richest countries, which account for only 14% of the world's population, had already reserved 54% of global vaccine production. Countries such as Canada and the United Kingdom have enough doses reserved to vaccinate up to three times their population. Meanwhile, dozens of countries have yet to vaccinate a single person and most low-income countries will not vaccinate 3% of their population by mid-year.

The main barriers to universal access to vaccines for COVID-19 have much to do with the usual challenges in access to essential medicines and with a model of innovation and development that does not work, based on patents and monopolies controlled by large pharmaceutical companies and big investors, more concerned with their own profits than with the common good. In short, a model left to the interests of the market and based on the conception of the drug as a normal consumer good. A model that forgets that access to medicines is a human right.

This has been expressed on several occasions by Pope Francis, who, recognizing the public funding in the R&D of these new vaccines, as well as the fair compensation that companies should obtain for the investment made, recalls that "the vaccine must be seen as a good to which all have access, without discrimination" and sharply denounces that "the laws of the market and of patents are being placed above the laws of love and the health of humanity." 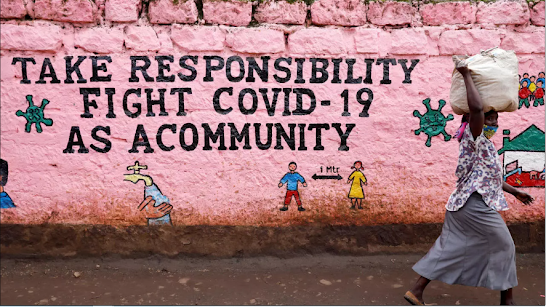 At a recent meeting of the World Trade Organization (WTO), the Vatican stated once again that patents constitute a fundamental barrier to access and are the main reason for the scarce and insufficient production of vaccines we are facing. In other words, many more factories around the world could be producing more vaccines to meet global demand, but they cannot because patents and know-how are not shared, but are owned by a handful of pharmaceutical companies that control the market. The Vatican's position is very clear in this regard and urges the adoption of a proposal that would allow the suspension of patents and other intellectual property rights for the duration of the pandemic in order to move towards universal, real, and effective access.  This proposal was submitted in October 2020 by India and South Africa and is still under discussion within the WTO. The initiative has the support of more than 100 countries but is being blocked by the major rich countries, including the United States, Canada, Japan and the European Union as a bloc.

As Christians in today's world, this reality hurts us and challenges us. We are a fraternal and global community and we have a clear horizon towards the achievement of the Sustainable Development Goals (SDGs). We cannot allow this world with two rhythms, where the richest are saved while the rest of humanity continues to wait. Because if one part of the world sinks, we all sink. It is essential to move towards a new R&D model that guarantees universal access to vaccines so that no one is left behind in the fight against CVID-19. If "the COVID-19 pandemic awakened for a time the awareness of being a global community sailing in the same boat, where the evil of one harms all", let us remember "that no one can be saved alone, that it is only possible to save ourselves together".