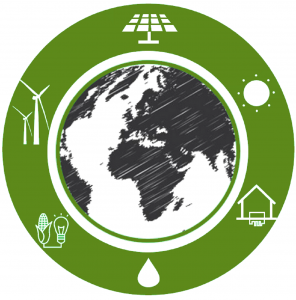 The climate alert raised by the scientific community has meant that, by 2020-2050, CO2 emissions will be the main vector of transformation in the energy sector. The systematic and deep decarbonization of the energy system is the main goal to be achieved in the 21st century. The 2015 Paris Agreement is the reference framework within which energy policies must be developed.

Energy from green hydrogen is an enabler on the path towards this decarbonization, being appropriate as a fuel for the energy transition and a great ally for the direct fulfillment of SDGs 7, 11, 12, and 13.

Also known as renewable hydrogen, green hydrogen is a firm commitment to the future because it is inexhaustible (it is the most abundant element in the universe) and because it provides renewable energy without CO2 emissions.

What is green hydrogen?

Today, most hydrogen is extracted from natural gas, in a process that generates emissions of polluting gases into the atmosphere and requires high consumption of electricity.

Green hydrogen, however, is produced by a process of water electrolysis, a chemical process in which water is broken down into oxygen and hydrogen, using electricity from renewable sources. Hence its green name.

We see this as a renewable alternative to all those energies uses that cannot be electrified and are still dependent on fossil fuels, especially in the industrial sector. The green hydrogen produced will be used in the manufacture of synthetic fuels, conventional fuels and in the long term could also be used to meet the demand for hydrogen in mobility. Once deployed in all its potential applications, it is estimated that green hydrogen could account for 10-20% of global energy consumption.

Perspectives on the implication of renewable hydrogen in the face of climate change (Via Naturgy Foundation): 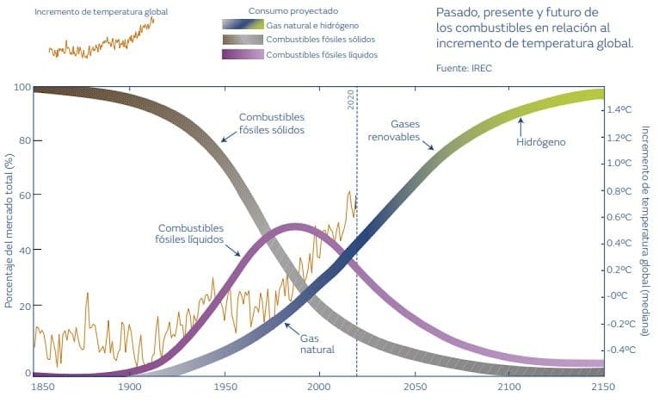 The green hydrogen economy - a utopia?

According to experts, renewable hydrogen will be an essential element on the road towards the 2050 energy targets, but it requires many aspects that have yet to be developed and which require major investments, both in its production and in the transport infrastructures needed to put it into use, as well as in the storage systems for this energy, such as batteries.

Moreover, production by electrolysis of water is an expensive process that requires a lot of electricity, the cost of which accounts for more than 60% of the total. The good news is that green energy prices have fallen considerably in recent years and are set to continue to do so.

This downward price trend, together with an increase in demand for hydrogen, could reduce the price of hydrogen by 71% by 2050. It could also be accompanied by an increase in carbon market prices, which would further stimulate the shift to this alternative energy.

The European Green Hydrogen Acceleration Centre (EGHAC) promises to accelerate renewable hydrogen production on a gigawatt scale for large-scale industrial projects across Europe with an investment of 100 billion euros by 2025.

Accelerating the implementation of green hydrogen requires increased investment in R&D&I, and this is what the European Commission is doing, has announced that it will allocate up to 30 billion euros to this technology over the next ten years.

Some European countries, such as the Netherlands and Portugal, have already begun to invest in green hydrogen technology. Moreover, during the coronavirus crisis, both investors and companies in Europe have insisted that the European Union define a recovery plan to promote green hydrogen in transport and heavy industry.

In Spain, the Climate Change and Energy Transition Law includes a strong commitment to this fuel. In fact, the Green Spider Project, of common European interest, has been presented to Brussels, which aims to develop a large-scale green hydrogen network to export it from Spain to northern Europe via a hydrogen transport network. The Spanish government recently announced that Spain will allocate more than 1.5 billion European funds over the next three years to promote the development of green hydrogen.

The main companies in the energy sector are already working on several pilot projects where the raw material is green hydrogen for both industry and transport, hydrogen generated by electrolysis thanks to electricity from renewable energy sources. Some of them have been announced during the 'II Conference on Renewable Gas: Hydrogen' organized by Enerclub and Sedigas.

Another of the projects is the IPCEI, Enagás' Green Spider, whose aim is for Asturias to become a strategic point for exporting green hydrogen to Europe.

Finally, there is the HIGGS Project (Hydrogen In Gas GridS: a systematic validation approach at various admixture levels into high-pressure grids) of Redexis. Its objective is to measure different mixing ratios between natural gas and hydrogen and how much the materials of which the pipelines in high-pressure grids are made can withstand. To assess how the transport infrastructure behaves according to different degrees of natural gas and hydrogen mixing, different operating conditions are simulated by varying the flow rate, composition, and quality of the gas. 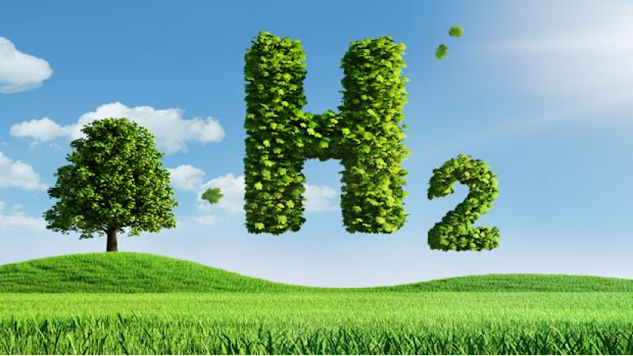