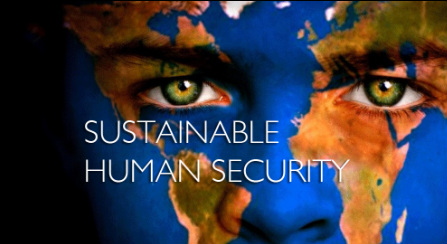 Member of the UN Claretian Team

The 2030 Agenda is a really revolutionary document; it presents a new ideal for the future world and a new way to achieve it. We could choose a new title for the 2030 Agenda changing, a little bit, the Rio+20 document's title saying: "The World We Want," adding "Leaving no One Behind." Sometimes it is possible to find people understanding this Agenda as a long list of goals and targets, but this is much more than that. This document was elaborated in a new manner, locating in the core Human Rights, considering the world as a whole, and giving every country the protagonist's role in his future. Sometimes, it is not easy to understand the new paradigm to comprehend the world-humanity that provides the 2030 Agenda. Thus, I want to take the SDG4, which presents lifelong education and is based on values, to urge the creation of a plan to put this Agenda as an educative axis; for children, teenagers, adults, NGOs, Governments, and stakeholders.

2. 2030 Agenda, into the stream looking for the Sustainable Development meaning.

Agenda 2030, approved by the UN General Assembly in September 2015, represents an effort to take all the most important achievements of the UN about Sustainable Development until 2015. The first most crucial document was the Brundtland Report titled "Our Common Future" (1987). After this report, there were significant advances in the Rio Earth Summit "United Nations Conference on Environment & Development" (1992), Río+20 UN Conference on Sustainable Development, "The Future We Want" (2012). Before Rio+20, "The Millennium Declaration" (2000) was approved by the UN General Assembly. If we analyze no more than the titles of these three summits, we see an evolution, but some concepts are present in every document: future, common, environment, sustainable. We can detect a progressive clarification about what "Sustainable Development" means by analyzing these documents’ contents; the concept was fragmented in them in different matters, but we cannot find a "corpus" to specify the idea in a coherent manner. Even if we take the Millennium Development Goals (MDG), which are a reality that was extracted from "The Millennium Declaration," we see a collection of goals but not a corpus to define the Sustainable Development for our world. 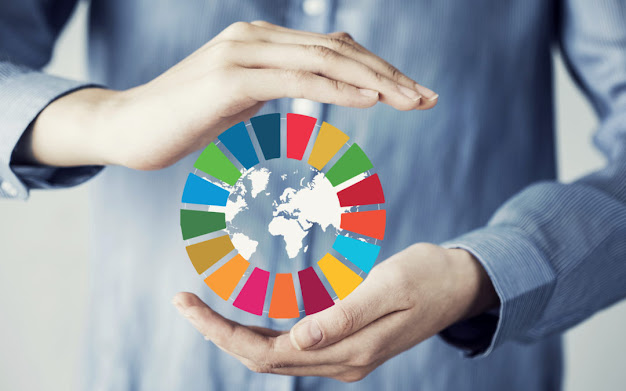 3. The Agenda 2030: A different process to achieve the Agreement

The UN has followed an internal procedure to elaborate a draft document; only diplomats and the UN officers were working on it, but this was the usual method until the 2030 Agenda. The 2030 Agenda process was different. The world around the UN was other than in 1945 and, the coordinators of the process realized that they have to reinvent the UN procedure to elaborate the Draft Documents. The NGOs like OXFAM, Greenpeace, WWF, and free movement for Human Rights, had a strong influence on the United Nations system, to change some UN priorities. The Earth Summit was perhaps the most critical turning point in UN-NGO relations, but also the echoes of NGOs surrounded the Breton Woods organization's meetings. The world was different in international strategies and relationships; the most influential societies in the international panorama wanted a different UN role in the world. The propaganda around the MDG had a significant influence, involving many people in global efforts awareness. We can even find reasons to looking for new methods due to serious failures, such as the Copenhagen Summit (2009). Everything was preparing new methods for a new global world.

The most crucial change in the procedure was to open the discussion to the Civil Society. The Open Working Group, the heir to the conclusions of Rio+20, was really open. The number of states interested in participating in elaborating the draft document to continue the 2000 agreement was larger than the number of places decided for the commission. The solution was to create small coordination teams for every commission site, mixing members from the traditional UN groups made by areas of the world or economic regions. This decision of integrating people from the different UN traditional groups was important because it was the way to break the North-South, Developed-Developing world vision; all the countries were in the same boat and on the same level.

The two commission coordinators had more innovative ideas; perhaps the most important was to include NGO experts, researchers, and Universities in sessions like seminars to study different matters just before decision-making sessions. The commission's works were opened to the Civil Society to integrate into the draft document the people's opinion-sensibility and the cutting-edge science's best research, about every different matter.

These two movements towards mixing countries and the Civil Society's opening changed outstandingly, the dialogues, conclusions, strategies for the future, and the reception-commitment of the 2030 Agenda by governments and society. The final draft document presented and approved by the General Assembly included the Civil Society's proposals, with the 17 SDG with the 169 targets. These inclusions were truly significant advances from MDG 2000.

Which features are the most innovative and transcendental in the 2030 Agenda? Which are the 2030 Agenda characteristics that give to this document the virtuality to become like a common horizon to transform our world into a place where "nobody will be left behind"? I am going to explain it in the second part of this article.

Member of the UN Claretian Team 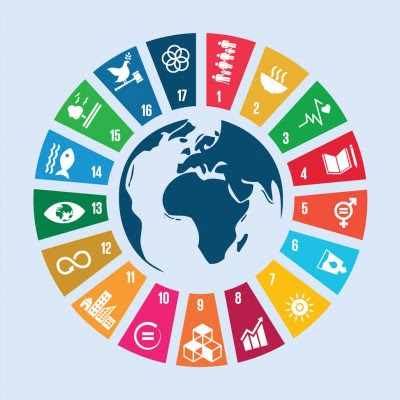