Why is an agreement so complicated if everything is so clear? I ODS 13,14 EN

Why is an agreement so complicated if everything is so clear? I

The COP25 took place in Madrid in December from 2nd to 13th. It was a UNFCCC summit with plenty of problems. It should have been done in Chile, but the revolts about the new constitution resulted in moving the conference from Chile to Spain. COP25 Chile-Madrid had to be an essential step forward between the Paris Climate Accord and the next Glasgow summit. Why could we not find almost anything new in the COP25 final document? Why was there nothing regarding the national CO2 control plans? It seemed that everything was virtually decided with the "Paris Accord," but it was not. Perhaps the interests of some countries and companies against the Paris Accord was the reason? I was there, at COP25, every day in the Blue Zone (the official zone). The activity, talking about the presence of ministers and CEOs of big energy companies, was frenetic. Some news about cities, companies, and donor agreements arrived at the IFEMA Pavilions, even the European Green Deal; very good expectations! But the COP25 final document came two days later than had been announced at the beginning: to achieve an agreement was almost impossible for the COP25 members.  The only solution was ending the COP25 Summit and thinking about Glasgow (UK + Italy) as a future solution; perhaps everything will be agreed upon at the Glasgow COP Summit

The summit's last days were endless. The draft documents came to the plenary and needed to go back to the commissions. There was an almost final agreement draft, but Brazil rejected to include the environmental care of the continental platform; finally, Brazil accepted the former draft document but only after a shower of reproaches by the rest of the attendants. Russia remained in silence. China, after her commitment to the progressive coal reduction, but after the deadline agreed in the Paris Accord, remained also silent. India, also, didn’t say a word. The Trump Administration put many problems regarding any point; it seemed skeptical about everything. Only the European Union, small islands, and South and Central America seemed to look for agreement.

Consulting the statistics behind, perhaps, we can understand better the difficulty of achieving an agreement about the reduction of CO2 emission. 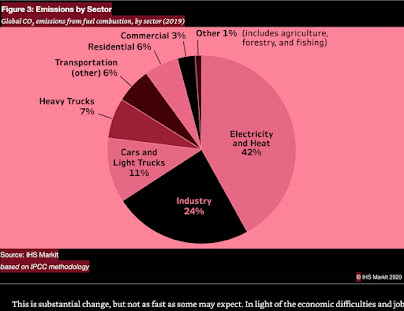 We can see, analyzing these figures, that the US and Russia have a great interest in selling oil and gas. China, Japan, South Korea need oil and gas for their industries. India needs gas and oil and wants to burn coal to save money. China needs to import gas and oil and burn its coal to save money. China is at the top of CO2 producers because it is burning vast quantities of coal; her commitment to the Paris agreement is explicit but from 2050. Brazil does not appear in these statistics but has discovered giant oil and gas fields in his continental platform.

We can conclude that COP25 Chile-Madrid did not achieve an agreement because some countries were more interested in their trade business than in Climate Change issues. We can present our Earth's problems: how people are dying because of earthquakes, tsunamis, floods, or droughts. We can suggest the importance of species disappearance and forest burning. We can say everything we want about the increase of ocean acidity or the greenhouse effect. But some governments and companies cannot see or they do not want to see, the enormous problem humanity has.

COP25 Chile-Madrid had a main specific target: to define concrete measures in common, to be implemented in every nation, to reduce CO2. The Paris Agreement defined the general objectives, but we need specifications. What is the heart of the Paris Agreement? The nations decided in Paris to reduce the CO2 emissions to avoid increasing the Earth's temperature to 2 Celsius degrees and, if possible, to even prevent reaching 1.5, with 2030 as the deadline. This is article two, number one, the core of the agreement: "This Agreement, in enhancing the implementation of the Convention, including its objective, aims to strengthen the global response to the threat of climate change, in the context of sustainable development and efforts to eradicate poverty, including by:

(b) Increasing the ability to adapt to the adverse impacts of climate change and foster climate resilience and low greenhouse gas emissions development, in a manner that does not threaten food production; and 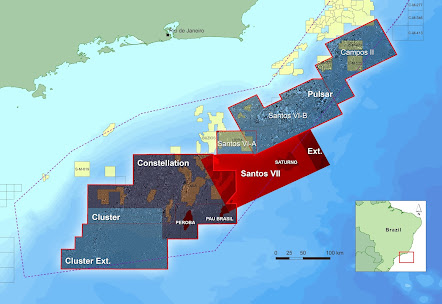 Following the Paris document, everything depends on each country, because each country has to elaborate a program to reduce CO2 emissions. In the Paris Agreement, we can find signatures ratifying the principles, but without specifications; the plan depends on every nation. One of the most central points in COP25 Chile-Madrid was to define in common the rules to reduce the CO2 emissions for factories, companies, and countries. It was not possible.  There were many things written on "Hidden Agenda." As we have seen with the numbers above, the trading interests were more potent than the worries about climate change consequences. It was easy to sign the Paris Agreement because it was so general; it is more challenging and difficult to take the following steps forward because it is necessary to be more specific about the pathway to be taken.

Perhaps the most important things for the future of our Earth, happened outside of the negotiating room: the European Green Pact; the 177 companies (2.8 European billion $ of capitalization) signatories of the pact to reduce CO2 emissions with the Paris Agreement's criteria. The countries of Latin America and the Caribbean agreed to increase clean energy up to 70% in 2030 and create the Climate Action Platform in Agriculture to implement climate change measures. The creation by the finance ministers of 51 countries of the Coalition of Finance Ministers for Climate Action, committing themselves to the introduction of environmental policies in the Budgets and fixing the price of CO2 emissions (emission rights). The creation Alliance for Climate Action; It is formed by 73 countries, 14 regions, 398 cities, 786 companies, and 16 investment groups, with the commitment to develop climate action plans by 2020. Of course: social mobilization is, more vital than ever.

The next COP is in Glasgow, organized by the United Kingdom and Italy. It was necessary to delay it because of the COVID-19. I have presented some difficulties the next conference has to face but, I think there are more obstacles on the way; I will try to describe them.