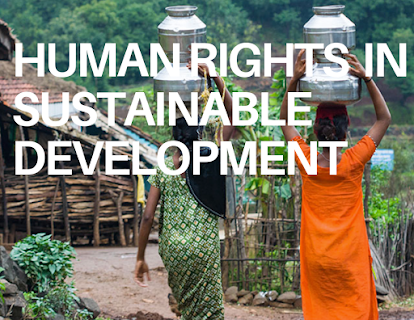 The Corona global pandemic has taught us that global collaboration is needed for the human survival. It was to foster such collaboration for Development, United Nations (UN) was formed in 1945, October 24(Claret Feast).

Till recent past, development was considered as increased life expectancy and Gross Domestic Product (GDP) by academicians like Hans Rosling. But the growth in GDP does not necessarily bring social progress. For example China has made economic progress but the people suffer human right violations and the environmental degradation.  The Agenda 21 (Agenda for 21st century) adopted by 178 countries in the Earth Summit at Rio de Janeiro(June 1992),  added international partnership and protection of ecosystem to the notion of development. The Millennium Development Goals (MDGs) adopted by 192 UN members, further expanded the development as eradication of extreme poverty and hunger, universalisation of Primary education, promotion of gender equality, reduction of child mortality, improvement of maternal health, combating HIV/AIDS like diseases, ensuring environment sustainability and promotion of global partnership. Though all MDGs could not be realised as envisaged by 2015,   there had been significant progress in some of the MDGs. The MDGs became springboard for further evolvement of development agenda as the world believed that there was no point in stopping in half way the development achieved by MDGs. In 2015, the UN adopted the Sustainable Development Goals(SDGs), a new agenda for 2030, composed of 17 Goals and 187 Targets and 232 indicators with the slogan ‘No one Left behind’. The SDGs were made for the social wellbeing.

Human Right (HR) as Foundation for Development: HRs are basic requirement for Development. After the formation of the UN,  the World leaders decided to prepare a road map to guarantee the rights of every individual everywhere. The Universal Declaration of Human Rights (UDHR) was formulated and proclaimed by the UN General Assembly on 10 December, 1948. In UDHR all the rights can be found and it has inspired at least 16 HR  Multilateral Treaties . The protection of HRs is a prerequisite for development. Hence it is necessary to know whether the HRs are reflected in SDGs in the light of UDHR. There are 30 articles in UDHR which can be accessed in the hyperlink provided above.

In the making of the SDGs all the UN member States participated and became signatories. The overall objective of ‘leaving  no-one behind’ is laudable. There are SDGs related to environmental rights( Combating climate Change, care for the life below water and life on land) which are not covered by UDHR. 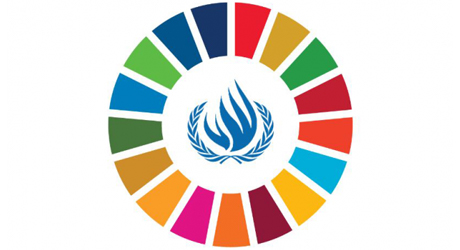 SDGs fall short off: The comparative analysis shows that the SDGs are related to only 10 articles of UDHR and the language used is that of Development and not of Human Rights. The words such as Democracy, anti-corruption, civil liberties, free expression, press freedom, independent judiciary, and free and fair elections are absent in SDGs. This may be to win the collaboration of the dictatorial-corrupted rulers to SDGs. As HRs are fundamentals, the development cannot be achieved where there are HR violations. HRs provide claims for right holders and demand obligations from duty bearers. Since the HRs reflected in the SDGS are presented as goals (aspirations) they are void of claims and obligations.

To achieve SDGs structural changes are needed but SDGs do not speak of them. Also, there is no strategy to reduce the existing economic gap.  They do not speak of the root causes of poverty and hunger. To promote gender equity the SDG 5, does not even make mention of the sexual orientations and LGBTQ+ members. The countries have made voluntary agreement for SDGs and so they are not binding.  There are no independent agencies to monitor the performance by the countries.  The goals are top down, in making of them the participation of civil society was near absent. Above all it is only chimera to actualise numerous goals, targets and indicators.

Claretian  Missionary approach to SDGs: Though the development paradigm of SDGs are noble aspirations, they carry global consensus. So while being critique of them Claretian Missionaries have to strive to realise them from HR perspective. To make the SDGs right based, five aspects have to be attended:

Participation: The need assessment, project formulation, execution and summative evaluation have to be done with the participation of all the stakeholders.

Empowerment: The project has to empower the people to meet their needs.

Linkage to human rights framework: The project has to be linked to Human Right found in UDHR and other Human Right instruments.  This can be called as PANEL approach. So, we shall strive to realize the SDGs from HR perspective in our missions. 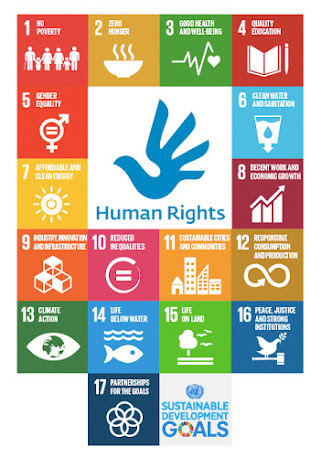