Solidarity and Mission; Claretians at the UN: What for? SDG17 EN

Solidarity and Mission; Claretians at the UN: What for? SDG17

He was General Prefect of the Apostolate cmf.

I have been asked this question many times since, years ago, I came into contact with a project that began to take shape among the Claretians of the United States, to involve the General Government and the entire Congregation of Claretian Missionaries. But I don't think this is the right way to explain our presence at the UN by starting directly with a presentation of the Claretian Missionary team's activities at the UN. It is necessary to introduce it within the Solidarity and Mission of the Prefecture (coordination) of Apostolate.

In February 2014, a project was crystallized that was born by combining experience and reflection. The creation of Solidarity and Mission within the Prefecture of Apostolate was common to several Claretian provinces in Europe and America. Still, no orientation defined this area for the whole Congregation. The 2014 meeting of the Mission Procure leaders and JPIC in Vic was the birth of this area of missionary coordination.

As Claretian Missionaries, we have the heart of our Mission in the Church in the Good News of the Gospel's proclamation with six features. The XXV General Chapter of the Congregation is defined as one of the six traits that define today the style of Claretian Evangelization: to feel "sent to evangelize and listen to the poor. Evangelization implies the proclamation of the Good News both in words and in deeds. In this way, bringing the Good News to the poor and vulnerable implies, for the Claretian Missionaries, to feel like their own joys and anguishes; to commit ourselves with them in personal attention, and transform the social structures to make them more just and humanizing. Solidarity-mission or Mission-solidarity that has two dimensions: the local (in the concrete place) and the global (international implications); the word "GLOCAL" is becoming common to express this double perspective. 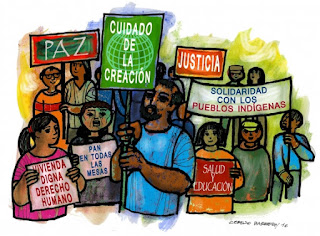 Missionary Procure, JPIC, and PROCLADES on the local and provincial levels

The creation of the Missionary Procura's in each province of the Congregation has always made everyone aware of the importance of the proclamation of the Gospel and of obtaining funds to carry it out. The Claretian style of evangelization seeks to attend to the people we announce the Good News. Bringing the joy of the Gospel calls us to look at people as God the Father looks at them and to seek the best for them. Then all the human person's dimensions appear as urgencies to which we can give an answer; some of them we can attend directly, others are proper to the Shared Mission with laity and other religious. Reading the reality and responding as the Fr. Claret did it.

The creation of associations or foundations, promoted by the Claretian Missionaries but with a differentiated juridical personality, seeks to obtain funds to attend, at least, to the perceived needs of human development; these entities are called, in many places, PROCLADE. For this reason, Human Rights First, and now the Agenda 2030 of Objectives for Sustainable Development, have been the guide of action of the PROCLADES (Claretian Promotion of Development) and the other associations.

Solidarity and Mission were born from the felt, lived, and reflected the need to interrelate Solidarity (JPIC) with the Mission (Announcement of the Gospel); to coordinate them. The entities that bring these principles of Solidarity and Mission up to date daily are Missionary Procure and JPIC Commission; the entities with juridical personality (PROCLADES) serve to raise awareness to obtain funds Human and Social Development projects related to the Missions and JPIC. In many places in the Congregation, much of what is related to JPIC has been taken up by PROCLADE. In others, to facilitate this close coordination, one person is responsible for the area of Solidarity and Mission and is himself responsible for the Mission Procure, the Justice and Peace Commission, and PROCLADE. It is ALWAYS necessary that there continue to be actions aimed at supporting the Evangelizing Mission and Solidarity. 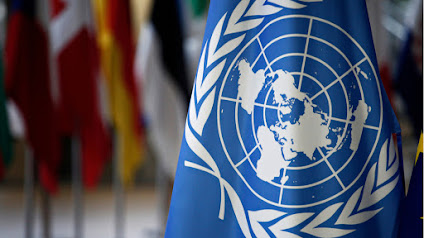 From the local to the global. Claretian presence in the United Nations

For many years now, the term Mission has not only referred to the first Announcement of the Gospel in distant countries; the Announcement must be made everywhere and in every country. We have known this for a long time, but Agenda 2030 has made it clearer that JPIC issues are not just about the particular country or locality where we are, but about the whole world and vice versa. As Claretian Missionaries, we know well that many things have to do with the concrete place where we are working and many others that concern our congregation's universal dimension; once again, the global and the local are related. The whole world is becoming more and more aware of this: we are local, but we are global; we live in a concrete place (local) but are interconnected with the rest of the world (global). The term "GLOCAL" refers precisely to this double connection and belonging.

The area of Solidarity and Mission, where the Mission and the commitment to JPIC, the Mission Procure and the PROCLADES come together, also has its "GLOCAL structure"; that is, part of it is developed in each place (concrete missionary activities) and part of it has a global component. On this second level of the GLOBAL, our presence at the United Nations and our belonging to the area of Solidarity and Mission are linked and make sense.

The team of Claretian Missionaries before the UN feels mostly related to that part of our Claretian Mission that speaks of Human Rights and "Leaving no one behind (Agenda 20303) from the GLOBAL perspective. As a Congregation, we have to live with strength, a dimension of universality that we have always had, and our world lives with more and more strength. The Claretian team at the UN expresses the great interest that we, the Claretian Missionaries, have in being in the place that represents WORLDWIDE. As a team, we are called to be a BRIDGE between the LOCAL reality and the GLOBAL reality of our world, trying to transmit the reality of that intense interconnection that we live in the UN.

We are at the United Nations to participate directly in the environment where the joys and hopes of the world are felt. At the United Nations, we meet all the countries and religions of the world; it is an open dialogue to build a better world. Our membership in associations of congregations and NGOs present in New York and our participation in summits, political meetings, and working groups of the UN make us feel how the whole world beats and participates in that beat. We have been, and are, first-hand witnesses of how Agenda 2030 was born and how it is being developed, but this is only one example of many other areas in which we are involved.

Our Lady of Loreto. Presence at the UN

Someone might think that this could be very good for the team members, but in reality, the Congregation or the laypeople with whom we work in each place do not participate in this richness. This is where our work as bridges appears: to communicate to laypeople and religious from other sites what is lived here and to share here what is lived in each of the 65 countries where we are present.

He was General Prefect of the Apostolate cmf