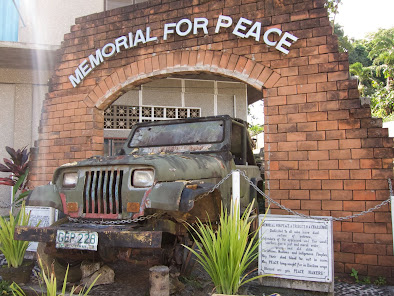 Missionary in the Philippines

The Experience of Dialogue

“Our experiences have so far led us to an emerging recognition of the demands of our real mission as Claretians. We wanted to apply the program of ‘Revision of Positions’ sponsored by the General Government to respond to the spirit of renewal called by Vatican II. We realized that we must leave in the hands of the native clergy, religious and laity the activities and programs we had organized, parishes, schools, even the radio station,” he said.

“We figured that we must embark on another mission,” he paused then emphasized, “To build Reconciliation, and to build it precisely in the frontier zones, among non-Christian groups and, concretely, among Muslim communities.” He added: “We would have to go out to them, without fear and with much faith, to build up communities,” stressing, “’ Human Communities’. To attempt this, a small group of Claretians in Basilan committed themselves to this mission. Since then, we have been working to carry out the most demanding tasks of this missionary commitment.”

The Spanish priest was thoughtful. “In 1978, we began rebuilding communities with a number of groups. We divided the island as good brothers. Fr. Eduardo Monge would take the coastal areas of Maluso and Tumahubong, while I opted to take the interior of the island. That meant starting from zero and building – literally from the ashes. With the people, we saw that several years of abandonment had done the rest. The weeds, the dense shrubbery, and lush jungle had grown over the roads, their little coconut and coffee plantations. They had to start building their dwellings – simple wooden houses thatched with nipa palms - patiently clearing the land, replanting food crops meter by meter, and... waiting.” 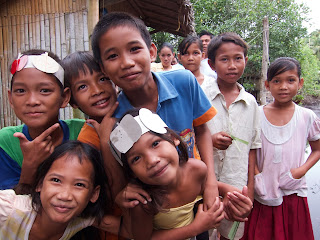 “At the outset, we had thought of working with a small group of families. But little by little the neighboring communities urgently asked us for the same kind of help. They were all Muslims and were on the brink of frustration, wanting to return to “their lands”, the lands that they have cleared and cultivated after the large lumber company of more than 8,000 hectares had finished their operation. Suddenly, we found ourselves loaded with the overwhelming task of resettling more than 500 families spread out over the area. The semi-jungle zone of Kapatagan in the middle of the island, was once the site of a Lumber Concession, WIMILCO that after the deforestation wanted to convert it into a coffee plantation, a memorial park. The area had been one of the centers of MNLF and guerilla army, and declared a “no-man’s-land,” with the soldiers on one side and the Moro rebels on the other. They were our neighbors for a long time.”

“Our aim was quite simple: to help the people get resettled on their land so that they could begin to live together again with a modicum of dignity and someday be able to develop integrally as true communities. For us, this precious opportunity presented itself naturally. We would be able to forge harmony and life sharing between Christian and Muslims, and even within the Muslim groups, including the rebel group themselves,” the Claretian priest said.

“It took almost two whole years just to attend to the people’s most elemental needs: housing, health care, seeds, domestic and working animals, beginning a little school, repairing the water well and to rebuild their Mosque. But above all, we were forced to live together with them, sharing their coffee and cassava, their stories, their deepest concerns, fears, hopes,” Fr. Angel spoke with a faint smile. “We let ourselves be led largely by circumstances, with a few preconceived plans. Never allowing ourselves to be misled into any kind of cheap paternalism, our principles of service were clear. We always kept ourselves open to the needs that gradually emerged from within the communities themselves. We provided a few of the more indispensable items, such as several kegs of nails and nipa palms, but the rest were the fruits of everyone’s labor. That awakened a sense of cooperation and mutual help - the Philippine spirit of Bayanihan, the ability to feel another’s needs, even in very simple matters. It was a real process of education for the community.” “We were learning to live with the people,”.

“Meanwhile, we had managed to gather a group of young people from various places to form a working team. It was a group of six persons, including social workers, teachers, a nurse, and a specialist in agricultural problems… They were quite a very heterogeneous group, made up of Muslims and Christians, committed to working together on a common task. Lately, we found out that one of them was a spy from the military to report about our action plans.”

“Our way of life was very simple. For our quarters we had a rather large house of wood and nipa, divided by cane partitions, with doors but with no locks. It was an all-purpose building, large enough to accommodate all of us. We had a little room in which we gathered frequently to reflect and pray. It had a Bible and a copy of the Koran. Every day, a good neighbor would load his carabao with drinking water for us, including kerosene lamps for nighttime lighting. Our real task, however, was to be with the people, traveling together with them, “losing” many hours at a time, quietly listening to their fears, the tragedy of their lives, the farmer’s hopes for the harvest, the endless stories about their little plot of ground, of problems with their children,” he narrated.

“We opted to approach education through Paulo Freire’s methodology of Liberating Education. We knew that it was a bit risky since we were not sure how the men and women of the mixed community would react to this methodology. However, it proved to be a most useful tool for helping us go through a serious analysis of the reality that we and, above all, our people were living in - a class society marked by oppression, dependency, and cultural conflicts. Then, on the basis of these premises, we formulated our program of action, with a few direct objectives. On the whole, we wanted to help the communities in their effort to achieve integral human development which, in our view, would entail an empowering process of liberation,” he pointed out, stressing the last word.

He went on with his contemplations. “Toward this end, we intended to help enable the transformation of oppressive structures into,” he thought for a moment, “new social and political configurations based on greater autonomy and participation, and an economic system characterized by a more equitable distribution of wealth, and greater access to the sources of production, and to contribute in the process, to greater understanding and fraternity among the diverse groups existing in Basilan, especially between Christians and Muslims.”

Recalling anew, he stated: “These objectives were translated into a 3-point program of action: Liberating Education: Awareness and consciousness-raising, a process of comprehending and coming to grips with the oppressive reality that has kept the people in bondage. This deconditioning approach has entailed the demystification or “unveiling” of the long-standing myths and socio-cultural chains that shackled them. This would enable them to secure the power and solidarity needed to take up their task of transforming their reality.”

“Community Organizing, with special focus on Grassroots, as a venue for articulating the people’s problems and authentic aspirations, and addressing these by gradually assuming those leadership roles that would enable them to build a true organization of community life and promote more effective and practical economic, cultural and political alternatives to their current situation of need.”

He placed emphasis. “Establishing Contacts With Other Grassroot Organizations. The building and expanded grassroots constituency of communities that are interdependent was a way of guaranteeing the sustainability of the gains of the first two action points. Through the proliferation of Popular Power, the multi-dimensional dimensions of organization and leadership could be spread across ages, genders, religious groups, economic/ occupational sectors, et cetera. It was interesting to observe the Muslim men, for example, permitting their women to use Freire’s awareness process to assume a divergent perspective or stance vis-a-vis those of the men and even the youth and children who were participating in the analytical sessions. The experience was so liberating and energizing that, after several sessions, the men offered to create their own farmer's organization, which they called, Krislam.”

“It was not a nice and neat process, however,”. “At a certain point in the journey, some of the Muslim communities showed us signs of distrust and suspicion. They had misgivings about our intentions. Even the members of the team were affected. After all, we were children of our own lifetime, but we, too, did have hopes and dreams. Hence, these were especially challenging moments that made us go through a new purification. We were compelled to face the Muslim reality with greater openness. We had, so to speak, “to play our cards face-up” and with complete sincerity. Little by little, with constant meetings, patience, reflection, and a study of Islamic culture and the historic problems of the “Moros” in the Philippines, we became more sensitive and discovered cultural and religious values that had no place in our own Christian scheme of things.” 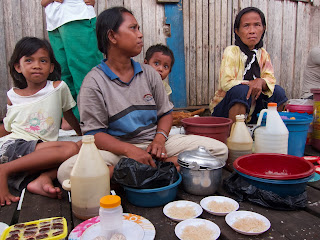 “We were cast into the dynamics of dialogue in the most crucial way. Frankly analyzing the history of conflict in the communities and honestly reflecting on the mission of the Church in Asia, we embarked on a dialogue of life with the Muslim communities, undertaking common projects in search of justice. People, families, communities that were confronted by fear, prejudice, and recent violence, met on common projects and discovered together that they were affected by the same basic problems. Mutual understanding, respect, and solidarity concretely took shape when there were opportunities or possibilities for sharing a project to address similar needs. For example, in spite of cultural differences and religious beliefs, the common aspirations for land, health, education, and the future of children, security, and the struggle against political manipulation and other oppressive forces kept us going even in ways that developed friendship across communities. And then we needed to celebrate together the community victories and also show sensitivity and great consideration for the religious expressions of our faith traditions. We helped build mosques in their communities, and were invited to participate in the Muslim celebrations inside their own mosques.”

We have always the first lesson. The second goes deeper in realization as time goes by, especially when we deal with more people, added beating hearts dependent on your helping hands.

Missionary in the Philippines

(From: SPACE:Narratives about the Mission)