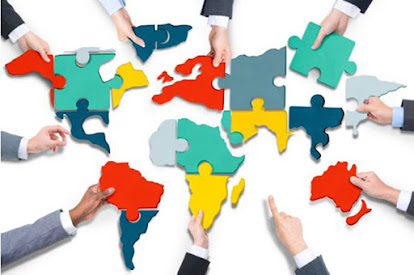 "The Sustainable Development Agenda Revolution" (I)

Taking from the past

The shift in development sense was from a vision about economic matters to others centered on human beings. The Cooperation concept's change has been from the "rich-poor-nations relationship" to the "inter-nations" relationship, looking, in common, for better things for the world. Even the International Idea has changed if applied to Development and Cooperation; concepts like Sustainability and Global Citizenship appear when we link Development, Cooperation, and International. What has happened to change so profoundly the meaning of these concepts? Do we have some documents to see the new orientations for Development, Cooperation, and International, together? I will try to answer these questions in this short paper.

The religious organizations were the pioneers giving resources from rich countries to poor countries; it was mandated to look after poor people. In 1863 was created the "Red Cross International Committee" in Switzerland, without particular religious connotations. International Federation of Red Cross and Red Crescent Societies (IFRC) was founded in 1919. On October 24, 1045, the UN was born and linked to some organizations like UNICEF. Everything is mainly about the care we have to take with the victims of different wars and charity Christian and other religions.

Since the end of World War II, international Cooperation has two main ways: the reconstruction of the devastated countries. After the economic recovery of the old nation-empires, the poor countries' donations by the ancient metropolis. I think it is possible to say both ways wanted to achieve the same: world stability, create a network to be sure the Western Countries, especially, EEUU, will be the leader of the world for a long time. Until this moment, talking about "international care," there are these situations: charity by religious organizations, philanthropists, and some countries giving money for interest. It is clear the relation: from the rich countries to the poor countries, I do not change the expression "poor countries" expression because it was the Idea. How can it be possible to change from this vision of International Cooperation to the image we have today?

1945. The Charter of the UN creates the ECOSOC, with these goals:

1.              The Economic and Social Council may make or initiate studies and reports concerning international economic, social, cultural, educational, health, and related matters. It may make recommendations concerning any such issues to the General Assembly to the Members of the United Nations and the specialized agencies concerned.

2.              It may make recommendations to promote respect for, and observance of, human rights and fundamental freedoms for all.

3.              It may prepare draft conventions for submission to the General Assembly, with respect to matters falling within its competence.

4.              It may call, in accordance with the rules prescribed by the United Nations, international conferences on matters falling within its competence. (UN Chart. Chapter X, Art. 62)

We can find, just before: "The Economic and Social Council may make suitable arrangements for consultation with non-governmental organizations which are concerned with matters within its competence. Such arrangements may be made with international organizations and, where appropriate, with national organizations after consultation with the Member of the United Nations concerned". (X, 71). This is the first occasion we can find this expression in an official document. Non-governmental Organizations, under the spirit of UN-ECOSOC, will be decisive in the evolution of the concept of International Cooperation. We can bring to our reflection NGO like OXFAM, WWF, Greenpeace, Aid in Action to understand this change. I can not do research in this paper about the interaction between UN-NGO-Global Awareness, but the NGO's importance in this change has been decisive. Interaction between ECOSOC and NGO has been the catalyst of this evolution, following their evolution regarding their reflections about how can they understand international Cooperation and their action in the world 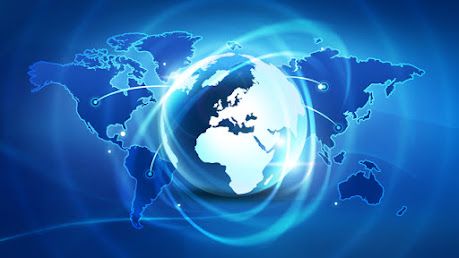 1987, March 20; this is the critical report's signature date to understand all the transformation before. "Report of the World Commission on Environment and Development: Our Common Future"; The Brundtland Report. Everything in this report is essential to understand the change of almost everything in the concept of Cooperation, but especially Chapter III: International Cooperation and Institutional Reform. Following the main goals given to the ECOSOC, we can find in the document linked: Humankind, Global Environmental, Development (Sustainable); It is incredible the clarity and transparency of this document. It is the real base for the 2030 Agenda. But everything, in our world transformation, needs time change.

1992, The Earth Summit. Rio. This Summit, called by the UN, was influenced by different NGOs' presence, very actives around the building taking place the Summit. But also, ECOSOC itself was worried and involved in climate change thread. Along with the discussions, the UN representatives talked about climate change and the People and the Peoples. Brazil and Ibero-America were places where the Peoples and the consequences of the Climate change for the Indigenous Peoples were prominent. Development, Climate Change, Social Affairs were linked forever. And the ONU-ECOSOC and NGO-Civil Society were closer and closer. The United Nations continued on this path with the Kyoto agreement (December 1997) on greenhouse gases and their impact on the ozone layer.

The next step was the Millenium Agenda (2000). These were the MDG: To eradicate extreme poverty and hunger; to achieve universal primary education; to promote gender equality and empower women; to reduce child mortality; to improve maternal health; to combat HIV/AIDS, malaria, and other diseases; to ensure environmental Sustainability; develop a global partnership for development. From this point, every new agenda or declaration includes the main opinion from NGOs. The Millenium Agenda represents a further step to understand Development in a different manner. There are many aspects of OUR WORLD that every nation has to consider IN COMMON, UN: humanitarian, environmental, partnership, and, of course, SUSTAINABILITY. But it was necessary to take a new step forward. The concept of this agenda is a clear North-South agenda; the reach countries have to give money and progress to the south-nations and, also, the structure and contend of the MDG, smells an old cooperation action, based so much in charitable principles. We have achieved an incredible pass forward, but it was possible more things to do.

2008 was the year of the Economic Crisis. This year, developed countries awaken from a marvelous dream. They have poor people in their countries. Human Sustainable Development was not only for developing countries but for all the countries in common. The Millenial Development Goals were a step forward, but UN countries failed to solve the world's problems because they did not see their issues inside their countries. Altogether, the WORLD needed to look for a complementary agenda for giving a new horizon to the WORLD SUSTAINABLE COOPERATION.

On July 26, 2012, 20 years after the 1992 Rio Conference, took the United Nations Conference on Sustainable Development:  the "Rio + 20¨. The resolution "The future we want"[i] was approved by the General Assembly of the United Nations. We can find this paragraph in this document: "We call for the urgent implementation of all commitments under the global partnership for development to overcome the gaps identified in the reports of the Millennium Development Goals Gap Task Force. We emphasize the need to accelerate progress towards the target of 0.7 percent of gross national income as official development assistance by 2015, including 0.15 percent to 0.20 percent for the least developed countries. We call upon developed countries to urgently fulfill the official development assistance commitments they have made, individually and collectively." (n.14).

In parallel to this conference, a commission was preparing the test to present at the General Assembly in 2015. The organization of this commission was different that was the UN-ECOSOC commission to this moment. The chair-men of this commission open the debates to CIVIL SOCIETY. NGOs, Universities, researchers were present in the discussions. Also, the representatives of the nations in the commission received clarifications (conferences and seminars) to understand better the matter they were talking about. The negotiations were complicated and complex, but they achieved an unimaginable text. It is complex, long, with 17 goals and 160 targets; really a very detailed document to complete, but is it not true that our world is very complicated?