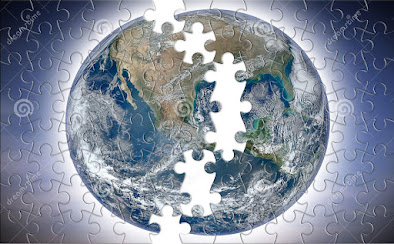 Much has to be recovered from what was left behind four years ago. The disappearance of the "Trump-style" from the U.S. presidency reopens the door. Many ties, dialogues, and agreements to be reactivated. Much to be done from now on, looking ahead with perspective, with more clarity in the present and without so many unexpected and uncertain storms. If anyone thinks that the elections in the United States affect and concern only the citizens of that nation, then he or she is not an inhabitant of this world. America First has been resurrected by Trump from what, I believe, are the worst stories and options in America. These four years have quarantined the building of a more multilateral world and more global governance. From now on, we can make up for lost time, rebuild the planned routes and walk towards a difficult horizon, but with more solidarity.

First of all, let’s bring here a criterion of realism. China wants to position itself as a major political actor using its economic weight as leverage. To think that the tension with the United States or Europe is going to end is a chimera, but the tone must be softened. China is determined to realize the "Belt and Road" project, a project that seeks to build a Chinese-controlled economic and commercial order, a project that goes far beyond trade and involves diplomatic and military decisions.

The European Union is determined to continue with its project of European development, also seeking a relevant position on the world stage.  The European Union's project is moving slowly, but taking significant steps. Europe impacts the world through the so-called "soft influence"; through its trade laws (standards) and development aid. We would be wrong to think that their influence is small, although their relevance maybe, in the future, much greater. An example of this is the "European Green Deal"; it is a pact based on options for transforming the social, environmental, and industrial model. Its consequences are direct in European countries and indirect in all those who want to do business or reach agreements with the EU.

We must not forget Russia’s intent to recover part of the influence of the Soviet Union on the world. Also, Russia has its own peculiar way of conceiving itself as a nation and acting internationally. The loss of economic potential and territory is driving Russia to promote "low intensity" problems or conflicts in Central Asia and the Middle East. In these times of economic precariousness, it cannot exercise more influence in the world, except through the avenues offered by the Internet. 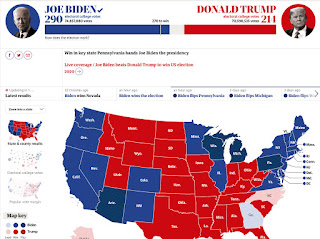 Four main actors, we have to be realistic, who have to decide to put order in the world disorder. And the rest of the world? Where is the role of Ibero-America, the Arab World, Sub-Saharan Africa, India and so many other parts of the world? It seems that the COVID-19 has fractured the world, making entire nations disappear from our consciousness. We have to return to the pre-COVID-19, but this was impossible without the main actor, whether we like it or not, changing its attitude towards the rest of the world. That, fortunately, has happened. It's not going to be an absolutely radical change, but at least the dialogue can be reopened.

We are still in the 75th year of the founding of the United Nations. For years, there has been talking of the need for the UN to reform the functioning of the Security Council, the General Assembly, the Economic and Social Council, and the integration of the agencies of the UN system. Considering that the UN is an organization of sovereign countries, it was impossible to undertake the reform without the positive attitude of one of the most relevant countries, if not the most. It was absolutely impossible to undertake a reform towards an UN-centered Multilateral Global Governance, with the USA reducing its financial contributions, abandoning negotiations, refusing to reach agreements, and accusing the UN system of being partisan. A new time is opening in which ALL actors, big and small, can work.

Climate change is worse than COVID-19. Let's remember when we were told, and believed it out of self-interest, that COVID-19 was little more than the flu. Well, climate change is with us and has a particularly important relationship to energy with the industrial revolutions. The problem is not only the increase in the planet's temperature, which causes floods, droughts, rising sea levels, famine, and migration. All this is a consequence of a past that we still have time to remedy. The problem we have to face today is to obtain the energy we use not from fossil fuels but from green energy. Without this change, there is nothing to do. The difficulty to achieve it was clear in the Climate Conference Chile-Madrid COP-25: the interests of the countries and many of the energy companies, in continuing to extract oil, gas, and coal. Russia is interested in continuing to extract fossil fuels because it is one of its two main sources of foreign exchange. Russia and China do not care about the increase in the temperature of the planet because, this way, they achieve a more ice-free Arctic Ocean and free up a first-rate maritime trade route for themselves. Besides, the United States, the country that consumes more energy in the world, is out of the Paris Agreement; an agreement in which it was decided to elaborate energy plans by countries to stop the increase of the global temperature. Biden has promised to re-enter the agreement.

The consequences of the implementation of the Agenda 2030 of Sustainable Development Goals are clear. We'll leave it for another blog entry.

As we can see, the election of one or another president of the United States of America has a decisive influence on the rest of the world today and tomorrow. It can't otherwise when we are in a world built by the United States. A world that needs another kind of organization. Hence, we need a transition to multilateral governance and leadership. This momentum would have to come from the UN, but with the United States convinced of it. Without the decision of the US government to seek, from the beginning with others, these new paths, there was almost no possibility of anything. Now it may be possible.