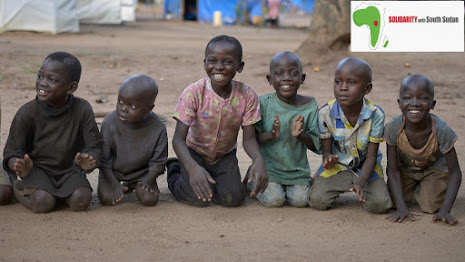 Solidarity with South Sudan and the SDG17

Solidarity with South Sudan (Solidarity) began as a collaboration between religious congregations that are members of the UISG and USG just over ten years ago.  It was a response to an appeal from the bishops of Sudan for help in contributing to rebuilding Sudan’s society after years of civil war. Unable to take up commitments individually, congregational leaders decided to initiate an inter-congregational collaboration to respond to the appeal.  The Claretian Missionaries have participated in the project since it began, providing personnel: to work on the ground in South Sudan; and on the management board of the project.

Solidarity’s approach offers a vital witness to the value of intercultural, interracial, and mixed-gender communities living in relative harmony for an ethnically divided society. This collaborative approach in partnership with funding agencies has provided the capacity to set up and run two training institutes, an in-service teacher training program, a farm with an outreach program as well as supporting many different pastoral agents with outreach across the country. These projects are providing students from different tribal backgrounds with a model of discipline, diversity, and inclusion that they have not before experienced in their lives. Solidarity’s work with its gospel-based ethos supports the principles and aspirations of the SDG17.

A total of 227 teachers received pre-service training and 248 teachers in-service training since 2008. Many have gone back and serve in local schools in their home communities. Without exception, teaching graduates and current students have said that the course means a lot to them, they are acquiring professional skills, and the Solidarity members with their dedication, commitment to excellence, and teaching skills are a model of what it means to be a teacher.

134 individuals have qualified as nurses, and 56 as midwives over the past nine years at the Catholic Health Training Institute (CHTI) of Solidarity in Wau. Various stakeholders have commended the excellence of the CHTI training with CHTI students among the top scorers in the national certifying examinations. 85% of the graduates are contributing to providing quality healthcare services in different and often remote parts of the country that have little or no qualified healthcare workers.

We recognize that the number of women graduates is still low (currently 145, which equals 22% of the total). The primary school teachers, nurses, and midwives trained by Solidarity, who form part of a bare 10-15% of the qualified workforce in the country, are proving to be role models for girls and women back home in their communities.

A model farm has provided livelihoods to the surrounding communities affected by the continuing volatile situation since 2011. The farm and outreach program helped farmers recall their farming skills almost lost through the many years of civil war which left people displaced. This work has increased food security in the region. It has enabled women to improve nutrition practices through maximizing the use of their farm and household resources.

Faith is an essential element in peoples’ lives that have suffered in a situation of almost continual civil war. Strengthening local church structures and personnel helps to support people’s faith, besides contributes to the rebuilding of social capital in the country. Solidarity has contributed to the formation of more than 1000 pastoral agents with a focus on the training of catechists, animators of Small Christian Communities, and clergy as well as working closely with the Diocesan Pastoral Teams to support them in strengthening their structures and work. Trauma Healing has been a strong focus of the pastoral team, offering workshops to more than 1000 pastoral agents and women and men around the country.

While contributing to the furthering of the SDG17, Solidarity has stayed during the repeated cycles of civil war and ethnic conflict. Besides continuing its core work, it also responded to emergencies by helping thousands of people affected by violence and conflict. Solidarity’s most significant achievement probably in being a symbol of ‘solidarity’, reminding people in South Sudan, that they are not alone and that people from around the world are committed to helping them find a way forward.