The truth (or not) that statistics hide. EN 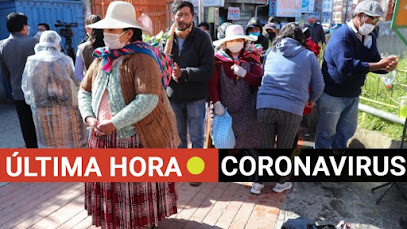 The truth (or not) that statistics hide

Statistics is an exact science that uses mathematical formulas to make hypotheses about the past, present and future. The problem is not the numbers and mathematics used, but: the questions on the formulas, the group of people who answer the survey or the interpretation of the data, always partial. I believe that true (sincere) sociologists seek to achieve increasingly better methods to come as close as possible to describe the reality; truly, that is what true science should seek, nothing more than that. Doubts about the conclusions of statistical analysis arises when politics or convenience establish, from their criteria: the forms, the type of group to which the form is applied, or the interpretation of the data obtained. The problem is multiplied if we offer a comparison between different countries of the world; even more if they belong to different cultural areas. 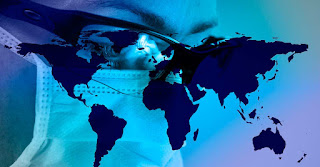 During the time of COVID-19, we witness, in awe, the dance and change of data, measures, subjects, scales, comparatives and criteria. It was not well known what to measure, how to measure and what kind of things to measure, but, if we add to this the burden of political responsibility, we understand the dances of figures to which we have been subjected. The comparison between countries has also been something to note. How is it possible that we have launched into comparing countries with countries without having common measurement criteria and common standardized means of measurement? From the beginning I was surprised by the statistics from Africa, where it seemed that COVID-19 was almost non-existent; I am still surprised that the figures offered by governments are valid. When I have been able to talk about the situation in Africa with people who live there, the impression I get is very different: there are many more infections in Africa than what the press reports. Who is measuring the infections and deads? Is it really interesting what is happening in Africa to the rest of the world? Disturbing questions, not just for statistical reasons.

The conclusions of the 2019 High Level Political Forum on Sustainable Development reflected the need felt by many there to significantly improve the correct measurement for statistics. This was requested by the same representatives from various geographical areas, including a few African countries.  The UN was asked to assist in the data collection and measurement processes of the ODG2030 implementation plans in each country. COVID-19 has prevented the effort made by UN STATS, the UN agency for significant improvement in statistical measurements, from becoming a reality. It was seen as essential to standardize measurement instruments, implementation procedures and data collection, in order to compare what was being done in each nation and to be able to proceed to a comparison between countries.

First of all, one should ask, talking about the ODG 2030, if the Indicators (https://unstats.un.org/sdgs/indicators/database) measuring the Goals of each Objective, have to be exactly the same for each country, in order to truly measure what we want in that culture and in that country. The second is to ask ourselves about the possibilities of carrying out statistical surveys in each of the countries. The third is to ask ourselves about political "interference" in the measurements.

The HLPF (High Level Political Forum) 2019 assembly had sufficient reason to entrust this work to UN STATS. When the Voluntary National Reports (VNR) were presented at the HLPF in 2020 to follow up on the implementation plans of Agenda 2030, some of us, perhaps too critical, thought that only COVID19 was exempted from presenting one report that had a strong propaganda component of the corresponding country. The Independent NGOs and faith-based NGOs, in writings submitted to suggest UN reforms on the occasion of the 75th anniversary of its founding, call for the strengthening of UNSTATS, or the creation of a much more powerful UN section to improve the design, application and interpretation of the statistical means used to measure in compliance with UN agreements. 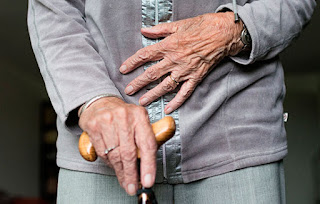 The conclusion to which all this analysis leads, is not the urgent one, the need to interrupt the implementation of Agenda 2030? Of course not; it invites us to relativize reports and statistics; it asks us to seek significant reinforcement of statistical bodies and urges us to continue searching for instruments to measure reality more adequately. The most important thing is to know if the "theory of change" thought out and used for the intended objectives is the right one; that is, if Agenda 2030 and its objectives are the right ones. All theories of change imply: the interdisciplinary analysis of the reality that is to be changed; the formulation of objectives and actions that will lead to that change; some principles on which the evaluation of change must be based. Few "Theories of Change" have been so well discussed and contrasted by politicians, university experts, field experts, NGOs and associations of the most diverse sign as Agenda 2030. We can be confident; we are going in the right direction!

We have an excellent "Theory of Change" to transform our world into "The world we want", "Leaving no one behind". We have to look for some statistics that indicate the change that is taking place, but let's not get obsessed with them. It would be much more useful if we focused our efforts on making sure that each national government develops and implements its Plan for the realization of Agenda 2030. Civil society has much to say and do to make this a reality in each of our countries.