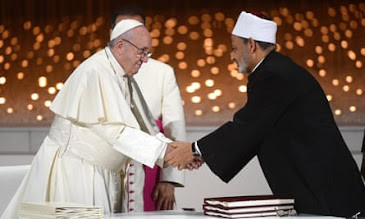 Member of the cmf UN team

Pope Francis' speech to the United Nations General Assembly, on its 75th anniversary, represents something like the announcement of the encyclical Fratelli Tutti. In many ways, the COVID-19 has set back progress in global equity by some twenty years. But the worst thing is that it has hit hard on the decision taken to fight for a new world marked by the Agenda 2030. Pope Francis' speech to the UN calls for hope, but calls, even more strongly, for an urgent return to the commitments of 2015. Need be to take again a creative impulse of a new humanity that was lived out with the Millennium Goals and the Agenda 2030 for Sustainable Development Goals. We must look at the disasters suffered in each country, but we must raise our sights and our commitments to the rest of the world.

The encyclical Fratelli Tutti, presents us with SOCIAL FRIENDSHIP, as the basis for a real social transformation, local and global (FT 99); this attitude must necessarily be the basis for the construction of true "Global Citizenship". Social friendship makes us overcome the temptation to seek, locally and globally, only PARTNERS to achieve measurable goals. Freedom, equality and fraternity are to be sought as a common horizon for all humanity, but they will be empty words, sterile discussion, falsehoods, meaningless strategies, if not based on true love (FT 127). Francis says: There is a basic essential recognition for walking towards social friendship and universal fraternity: perceiving how much a human being is worth, how much a person is worth, always and in any circumstances. If each one is worth so much, it must be said clearly and firmly that "the mere fact of being born in a place with fewer resources or less development does not justify some people living with less dignity" [GS 190] (FT 106).

Pope Francis calls, once again, for a common governance (FT 132, 165) that can address the challenges of humanity. Today we cannot hide behind ignorance of what is happening in another part of the world. The pain of human loss, the economic disaster perceived and to come, the loneliness experienced by so many, the consequences of COVID-19, ask us to make an additional effort: to leave our small environment of pain and think of the other 6,999 million people who live in the world.

Fratelli Tutti, is totally linked to Laudato Si. I have seen, with sadness and a certain amount of anger, that Laudato Si has been seen as a "green encyclical"; it is, as long as we clearly introduce the human being as part of Creation. "Laudato Si's great contribution is not simply the concern for ecology, but "Integral Ecology"; the affirmation that man is an active, responsible and transforming part of all Creation, and is built as a human being in inter-relationship with it. It is from here that we can understand the following affirmation of Francis in the Fratelli Tutti: "We need to develop this awareness that today either we all are saved or no one is. Poverty, decadence, the sufferings of one place on earth are a silent breeding ground for problems that will eventually affect the whole planet. If we are concerned about the disappearance of some species, we should be obsessed that everywhere there are people and peoples who do not develop their potential and their own beauty because of poverty or other structural limits. Because that ends up impoverishing us all" (FT 137b)

In this same issue 137, Francis states: "Mutual aid between countries actually ends up benefiting everyone. A country that progresses from its original cultural substrate is a treasure for all humanity. We need to develop this awareness that today either we are all saved or no one is. (FT. 137a). Francis calls for a multilateralism that implies, on the one hand, respect and care for one's own cultural forms and, on the other hand, not to close oneself off from one's own culture and traditions as the only possible ones. The Pope encourages the creation of regional collaborative structures that will help to care for the cultures of the area. The key to all of this is open dialogue, not an unhealthy enclosure (FT 151-153). Openness and collaboration between cultures will help to see the globality of humanity as a multicultural reality called to dialogue and mutual enrichment. Multilateralism and multiculturalism is united by DIALOGUE and SOCIAL CHARITY

The Pope's address to the UN General Assembly on its 75th anniversary is an attempt to vaccinate, in times of pandemic, against empty words and "social poets" (FT 169). We must admit that international relations based only on the rights of each state (Treaty of Westphalia. 24, October 1648) have been largely surpassed. This overcoming has not come, unfortunately, through the creation of strong supranational structures, but through the dominance of transnational corporations, global investment funds, transnational financial movements, and global manipulation from the Internet. It is urgent to overcome an obsolete system of international relations in order to think about supranational government structures based on the wishes of the people. The cry of "Liberty, Equality, Fraternity" must no longer resonate only in each country, but throughout the world. We urgently need a reform of the only existing global supranational organization, the UN (FT 173). A reform that already has clear orientations and two fundamental documents to guide it: The Universal Declaration of Human Rights and the Agenda 2030 Objectives for Sustainable Development.

Where the decisions of the political leaders do not reach, the push of the Civil Society must arrive. The Church and all her organizations must collaborate, side by side, with all those who want a world where we are all brothers and sisters (Fratelli Tutti). I would like to conclude with some words of Francis on civil society: "Thank God that so many groups and organizations of civil society help to alleviate the weaknesses of the international community, its lack of coordination in complex situations, its lack of attention to fundamental human rights and to very critical situations of some groups. This is how the principle of subsidiarity takes on concrete expression, guaranteeing the participation and action of communities and organizations of lower rank, which complement the action of the State". (FT.175) 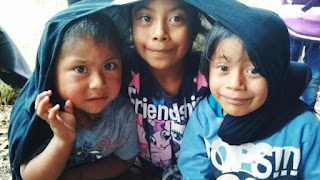