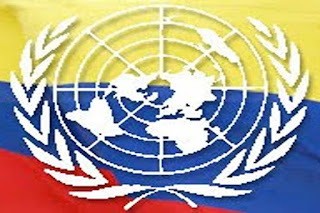 National and international Colombian platforms, communities, and organizations are addressing the United Nations Security Council to ask for the renewal of the mandate of the verification mission of the 2016 Peace Agreement.

In a communication dated August 26, the Claretian Corporation Norman Pérez Bello and the Claretian Team before the UN, together with a large number of Colombian and international organizations, addressed the UN Security Council requesting the members of the council to renew the mandate of the Mission of verification and implementation of the peace agreement signed by the Colombian State and the FARC.

The Communication emphasizes the lack of political will of the Colombian government to fully comply with the final peace agreement.

Among the recommendations and requests, the organizations state

- A security and surveillance plan that guarantees the life and physical integrity of people in the process of reintegration and victims of the armed conflict.

- Continued implementation of the differentiated gender focus included in the final peace agreement.

- Verification of Resolution 2532 which urges those who are still up in arms to abide by a multilateral ceasefire that provides humanitarian aid to violently attacked rural ethnic communities.

The letter was delivered to the delegations in their respective languages, English, Spanish and French.