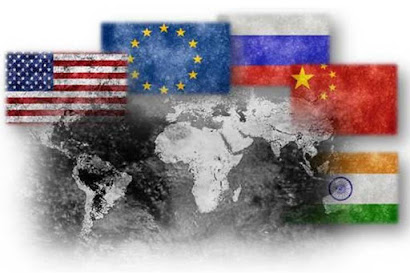 The agents of change: USA, China, EU, and Russia

I cannot undertake an in-depth analysis of the situation in each of the areas, so I will give some guidelines that, in my opinion, are the most remarkable. Within these four "agents" I believe that the European Union and the well-oriented US could be the key players.

At the moment, the United States of America is in the middle of a COVID-19 crisis and needs to review internal problems. Public attention, specifically in health care and the role of the President, as the leader of an entire country, made up of Federated States. The social integration of different human groups, especially the Black-American community and the Hispanic community. To ensure that the interests of foreign countries do not corrupt senior officials. To address a change in the location of production chains to place them in North America - Caribbean. To regain leadership in building the multilateral world. They must feel like “The city on top of the hill” again. But now with a clear intention of constructive dialogue, beyond all imposition. We will have to wait for the result of the November elections to know how everything is going to evolve.

The People's Republic of China is in a moment of transition to someplace that is still not specified. After the disastrous time of Mao's Cultural Revolution, the succeeding Presidents have wanted to avoid falling into some mistakes made by the USSR. The preservation of "communist" China and "capitalist" China has been an experiment that has lifted many millions of Chinese out of misery. But, the Government of the Chinese authoritarian regime continues to see it necessary to limit Human Rights, so as not to dismember China.

There are a few more problems. Tensions continue, with different ethnic groups, in the west and parts of the Himalayas. The imbalances between social classes, especially between the eastern and central and western areas of the country. Historical relations with Russia, Japan, Korea, Nepal, Vietnam, Laos, India, Taiwan, the Philippines have not been good and continue to create many uncertainties and questions about the future. We must not forget the humiliating relationship during the 19th and 20th centuries that they have maintained with the United Kingdom, France, and the Netherlands. Have they already forgotten, for example, the Opium Wars? Ensuring passage through the Strait of Malacca, through which a quarter of world trade passes in more than 50,000 ships a year. A large part of the Chinese commerce passes through there and, specifically, a large percentage of the oil supply. To clarify the fight for dominance over the southern China Sea: the control of the islands of the Collar Pearl, the construction of military bases on small islands or sandbanks, declared internationally under the dominion of other neighboring countries. The pursue of the dominance of the North Pacific against the US. A kind of new edition of "America for the Americans," but with China and Asia as protagonists. All this raises questions about the claims of China in seeking to replace the US in international operations. 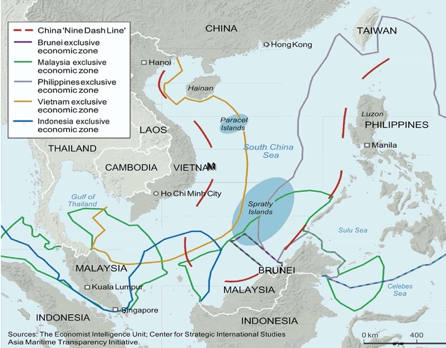 The European Union (EU). It seems that the EU was founded many years ago, but it only started on November 1, 1993. We can enumerate some principal challenges today: immigration, the division of North-South of the countries within the Union, the democratic deficit in some of the Eastern EU countries, social inequality, the hidden “tax havens”, the populist orientations of some parties, the need to look to the other shore of the Mediterranean, achieve a substantial role for the Parliament and the European Council over each country. Many challenges, but I want to focus on something that has been accelerated by COVID-19, and that is hope.

The experts in the European Union say that agreement is only reached on decisive issues for the EU when it is on the edge of the precipice. The truth is that putting 27 countries in agreement on issues that affect national sovereignty is not easy. Before COVID-19, the “Green Deal” was approved by COP-25 Chile-Madrid to orient EU policies and the economic funds towards a new horizon, based on the non-polluting green economy, digital development, the social welfare of the society. COVID-19, far from making us forget these objectives, has to put them back as a priority to get out of the crisis; 750,000 million euros will be allocated to this, having as the line of force: economy, green, digitization, social development. Something almost as important as the "Green Deal" if we look at the European foundation, it was the agreement on the joint issuance of debt related to 750,000 million: the first issue of mutualized debt. With the allocation of European Debt, it assumed by the EU, the expense and the risk jointly. It is the first time that all countries presume that the problems of some countries are of the whole of the EU, even costing money. Furthermore, the EU is building with a clear commitment to international cooperation for development. Hopefully, everything will become a reality.

The Russian Federation. The collapse of the USSR is still noticeable. The Soviet model and autarkic production were unworkable. It would have been unfeasible after the dismemberment of the USSR and the creation of separate states, in which previously part of the programmed production chain was carried out. Currently, Russia lives from the sale of its natural resources, especially gas and oil, from the sale of arms to other countries, and its agricultural and timber production. It has an important asset in the international context: its nuclear power. Russia remains very concerned about maintaining its borders to places that make it impossible to conquer and to ensure the exit to the warm seas (Crimea). Now, it also seeks to dominate as much as possible the Arctic, which will give him access to most of the Northern Hemisphere. Vladimir Putin has managed to change the legislation to make possible his continuity as a ruler. The tsarist tradition of Russia continues to be present. Perhaps Putin's status as Director of the KGB (1998) has made it easier for Russia to be very active on the Internet in manipulating data. Russia continues to play a vital role in areas such as the Middle East, but it is not economically capable, and far from the former "great power" that it was. Is the future of Russia a closer approach to the European Union? For that, they must be reliable partners.

After this journey, we can continue to say that it is essential to inaugurate a new era in international relations, multilateral, and based on the United Nations. The catalyst areas that will speed up the creation of this new way of governing the world must be Europe and the US, with the collaboration of China and with the support of Russia. We will wait until after the pandemic to see how Latin America, Sub-Saharan Africa, North Africa, East, and West Asia, the Middle East evolve. In any case, the “western democracies” will have to take into account the diverse way that different cultures have of understanding the world, international relations, and internal issues without justifying the breach of Human Rights. The distribution of vaccines against COVID-19 will be a good test on the real willingness of states to organize the world in a different, more supportive way. We will have to wait for the COVID-19 fog to dissipate.