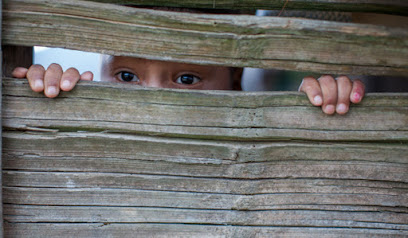 Learning from the Claretian Martyrs of Barbastro

Spain, 1936. The unfinished internal conflict that began at the beginning of the 19th century presented a new episode. At this time, the most tragic of all, especially for those who experienced was The Spanish Civil War. Amid the confrontation of the so-called "two Spain," the majority were overwhelmed by the conflict. Many also, with their lives, would make present the need for listening, understanding, and forgiveness to embrace Peace. The story of the Claretian Martyrs of Barbastro is one of the many tragic accounts of this conflict. From it, we can draw lessons to understand what we, the Claretian Missionaries are called to be in the world. And this, with absolute independence of the political sign to which we adhere.

The story of the 51 Claretian martyrs of Barbastro is the story of a seminary overwhelmed by the senselessness of war. The young seminarians were from the Claretian house of formation in Solsona and had adequate knowledge of the political and social situation in Spain at the time. However, for this group of young people, their thoughts were ongoing to proclaim the Gospel to other places, in particular, many of them, to China. The Civil War did not take them by surprise. Although their minds and hearts were set in distant places, they were aware of what was happening in the city of Barbastro. During their long captivity, in a hostile and violent environment, their words and gestures were always one of listening, respect, and forgiveness towards their captors. Everything reminds us of the end of Jesus' life, wrapped up in political problems and power, of which He was not apart. Not only should Justice be represented as a blindfolded woman, but also war and with excessive power. Their eyes were also covered, in many cases, and kill without distinction!

"Beloved Congregation: The day before yesterday, the 11th, six of our brothers died with a generosity befitting martyrs. Today, the 13th, twenty more have won the palm of victory, and tomorrow, the 14th, the remaining twenty-one of us expect to die. Glory to God! Glory to God! And how nobly and heroically your sons have borne themselves, beloved Congregation!

We are spending the day encouraging one another and praying for our enemies and for our beloved Institute.

When the moment comes to designate the next victims, we all feel a holy serenity and an eagerness to hear our names called, so that we can join the ranks of the chosen. We have been looking forward to this moment with generous impatience. When it came to those already chosen, we have seen some of them kiss the ropes that bound them, while others spoke words of pardon to the armed mob. As they drove off in the van towards the cemetery, we could hear them shouting, “Long live Christ the King!”…

… Farewell, beloved Congregation. Your sons, the martyrs of Barbastro, greet you from prison and offer you our sufferings and anguish as a holocaust of expiation for our failings and as a witness to our faithful, generous and everlasting love. The martyrs of tomorrow, the 14th, are fully aware that they die on the eve of the Assumption. And what a special awareness it is! We are dying because we wear the cassock, and we are dying precisely on the same day we were invested in it.

The martyrs of Barbastro greet you, as do I, the last and least worthy of their number,

The 51 Claretians of the Seminary of Barbastro are a representation, a living symbol of the millions of innocent victims of the endless conflicts and wars of our world. They led a life free from conflict, thinking and preparing to go to other places to bring life, not death, to other people. How many families, workers, children, women, and peoples are living a peaceful life and have been overwhelmed by war and destruction generated by other people!

The 51 Claretian martyrs of Barbastro died as they had lived. The Good News of the Gospel of peace, reconciliation, and forgiveness dwelt in them. The violent environment was not able to generate aggressive attitudes in their hearts. Instead, a feeling of brotherhood enkindled between them. That gave them the strength to understand the situation and discern the most appropriate behavior in any circumstances. For those of us who are believers, there is no doubt that the Spirit of Jesus Christ was with them at all times. Therefore, their attitudes were of respect, forgiveness, and love towards the people who were going to kill them. They lived the same experience of Jesus: "Father, forgive them because they do not know what they are doing." They did not keep silent, they did not silence their faith or their convictions, but they sowed peace and forgiveness in a violent and deadly world. How many places in the world, whether in the past or in the present, were Christians and non-Christians are to fight for a different world with these same weapons? The news about these "martyrs of Peace" was not disclosed in the media. But there are many places where people offer their lives to defend the rights of the most vulnerable!

The Martyrs of Barbastro, as representatives of many, call us Claretian Missionaries to be an ACTORS of Peace and Reconciliation in our world. There are many places where Claretian Missionaries are giving their lives to create the environment of Peace and Reconciliation present in Human Rights and the Sustainable Development Goals. Just to mention a few of these places: Philippines-Basilan, Mexico-Ciudad Juárez, Cameroun-Bamenda, India-Arunashal Pradesh, Kenya-Isiolo, Colombia-Atrato, and many more. 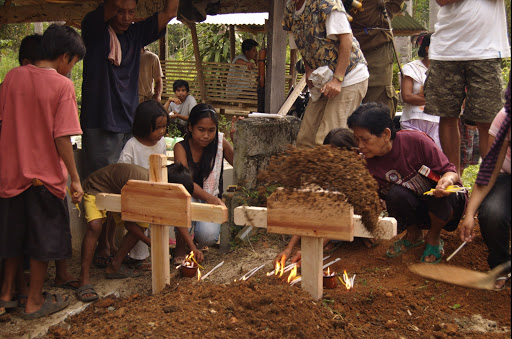 The concluding document of the XXV General Chapter of the Claretian Missionaries, “Witnesses-Messengers of the joy of the Gospel”, gathers the six features of Claretian identity. One of them is "Sent to evangelize and listen to the poor", using the Magnificat of Mary as a reference text: "For he has looked upon his handmaid’s lowliness...He has thrown down the rulers from their thrones but lifted up the lowly”  (Lc.1, 48. 52). The Martyrs of Barbastro further specify the content of this feature. Claretian Missionaries must be BUILDERS OF PEACE AND RECONCILIATION, in a violent world in which the most vulnerable are those who suffer the most. Peace and Reconciliation is a priority for the Claretian Team before the United Nations. Perhaps we should put the Martyrs of Barbastro as patrons of the team.