From the ground. The Amis. Working with Aborigines: Taiwan EN 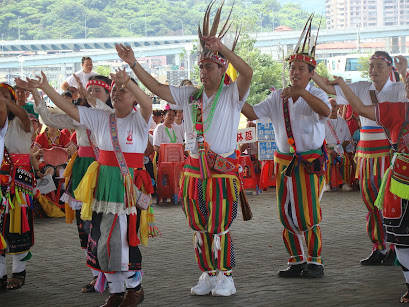 From the ground. Working with Aborigines: The Amis. Taiwan

One of the characteristics of a country is its cemeteries. In Taipei, it is characteristic to find cemeteries with Buddhist traits. Still, when you travel to the southeast, arriving at the area of the original peoples, suddenly everything changes: it seems to me that you are returning home because the cemeteries are full of crosses, the undeniable sign of Christianity.

Even though the first Christians arrived in the 17th century, where the missionaries were only a couple of decades away, Christianity entered at the end of the Japanese period (1945). It was when the Chinese nationalist forces took refuge in Taiwan, escaping from the communists, where thousands of missionaries arrived and spread Christianity on the island, especially among the native peoples where it entered very quickly. One question to be answered is why, was it the Japanese period that made this possible (in the sense that, empty of content, the religious structure was quickly filled by Christianity. Today there is talk of half a million aboriginal people, 80% of whom are Christian, 50% Protestant (mainly Presbyterians and The True Church of Jesus) and 30% Catholic (not a minor figure if you consider that the original peoples are almost 50% of the Catholics on the island). 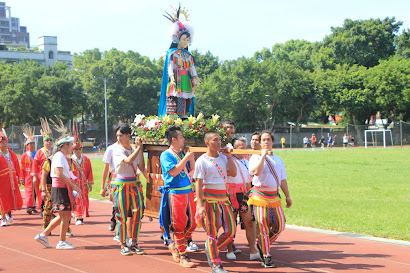 Officially in Taiwan, there are now 16 recognized tribes, the Amis being the most numerous. Their problem is the same as almost anywhere in the world, being stigmatized as drunks and lazy, among other things; it is no more than a consequence of the processes of submission, generally by the state. Entering into their culture is to come in a journey where practically everything is linked, and no one is left out. A culture where the relations of men among themselves and with nature, is more important than the merely economic and efficiency view of this modern neoliberal world. A culture where their "nicknames" are the result of the process of "civilization". A "civilization," to which they have been subjected and then stigmatized for being thrown out of the way by not following the current.

It is interesting to note the resurgence of all kinds of cultural expressions of the native peoples in Taiwan, their typical costumes, their dialects, their songs, their dances, making their way between the traditional, what they sell, and the modern. Although there is a certain pessimism that in the end will not be rescued, I think it is due to the "contamination" of the current thinking that if it does not translate into an economic benefit, it is not useful. What is the use of learning Amis, or Tayal, or Punong if there are very few people who speak it, and it does not serve to increase income? The efforts of the use of their respective dialects have grown, and we must thank and recognize the enormous effort of so many missionaries who have tried to unify an idiom, "romanize" it, allowing it to be written, formalizing a grammar, making it possible for it to be taught in schools.

The language of the Amis

The most irrelevant festival for the Amis is the 'Harvest Festival'. It was the moment when the people gathered not only to thank the 'gods' and ancestors but also when the young people were introduced to be part of the adults. Days for singing, dancing, and rituals, where everyone gathered to give thanks for the past and to ask for a blessed new year. Very little is left of it; most of the young people no longer live in their villages; they have migrated to the big cities for work and/or studies. Since each town has its date for the celebration (July in Taitong, August in Hualien), it is difficult to get permission from the authorities to return to their villages for so long. Nowadays the celebration lasts 3 or 4 days, but it is still a moment of reunion with the family, the people, the tribe, nature and where the song and the dance reflect the communion between them, nature and God, where one is in all and all in one. And in reality, each tribe has its festivals and traditions that make them feel alive and in communion with themselves, their ancestors, nature, and God.

"These values are deeply rooted in the aboriginal populations" (Laudato Si' 179) Pope Francis tells that to us, regarding the world that we want to leave to the new generations. Today there is an inevitable question in front of the pandemic that we are living: a specific group of lipids and proteins (that is discussed if it is life) that is the SARS-CoV-2 virus has allowed rethinking the sense and the direction in which we walk. With the fall of communism and the triumphant expansion of capitalism as a system of life, it seems that the economic parameters and materialistic welfare were the goals. It seems it is not valid: whatever system is, it has to be centered on the person and his whole, man and mother earth; there lies the importance of ethics and religion because now we are still capable of self-destruction.

Working with the Amis

"We know that until now the whole of creation is groaning in travail" (Rom 8:22) St. Paul tells us. Our cause is not only the cause of man, but it is also the cause of all creation and in trying to put society back on the path of safeguarding the dignity of man and all creation. Pope Francis tells us: "the indigenous communities /…/ must become the principal interlocutors, (Laudato Si' 146) to start looking for answers concerning the world we want and dream. I feel the deep singing of the most famous song in the world used by the group Enigma, "Volver a la Inocencia" But I think it goes beyond that: we have to go back to the root, go back to the beginning, make this world Eden.