The UN and ECOSOC face a historic challenge EN 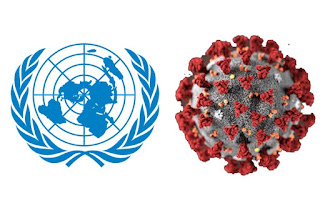 The UN and ECOSOC face a historic challenge

On Tuesday 7 July, the High-Level Political Forum (HLPF) began, with the intervention of ECOSOC President Mona Juul of Norway. The title and subtitle of her speech bring us into line with what has been this first week of the forum. The title was: "Launching a decade of action in times of crisis: putting the focus on the ODS while combating COVID-19".

This edition of the HLPF was designed to re-launch Agenda 2030, following last year's review, and to mark the 75th anniversary of the founding of the United Nations. At the end of last year's meeting and until January 2020, everything sounded like a new impulse for the Agenda and a renewal of structures, both of the UN and the ECOSOC. We cannot say that COVID-19 has stopped the impulses of renovation, but it has slowed down the momentum. The HLPF is being carried out, almost entirely, through virtual meetings. This new modality, although it represents the explicit decision to move forward, does not cease to represent a lesser degree of intensity than in previous years when the dialogues were face-to-face.

The review of the progress of the ODS of Agenda 2030 has been carried out this year, from the perspective of COVID-19; that is, asking how the Coronavirus is and will be influencing the achievement of each objective. The analyses have been coincidental: much of what had been achieved, with much effort, in the fight against social inequality, is going to be affected very negatively. Children and adolescents have had to stop going to school; millions of jobs, formal and informal, have been lost; the health crisis with hundreds of thousands of deaths and infected by COVID-19; incipient and "coming" famines, etc. I could go on listing each and every ODS2030; all have been affected. This is a global tragedy that is happening in every country and every person.

In the face of this catastrophic situation, the dialogues, presentations, and seminars held during this week responded in a unitary manner: the way to overcome this world crisis comes from what is contained in the Agenda2030. The challenge is global, and the response must be global, as is the Agenda itself. Having said this, there is a second point that can be found in ODS 10 and 17: it is necessary to act decisively against the inequalities within each country and between countries, and, for this, international collaboration is essential. Multilateralism emerges, once again, as the only viable path, but multilateralism is not based on the will of each country to build it and shape it effectively.

We have finished the first week, and tomorrow, Monday, we begin the second. The second period of meetings will be focused on the voluntary reports of each country (VNR) on the implementation of the Agenda; they already started on Friday with those corresponding to Armenia, Samoa, Ecuador, Honduras and Slovenia.

We will wait, as every year, for the conclusions of the HLPF-VNR, but this year we will have to wait for something more. The whole world, by country and area, is amid the shock caused by the COVID-19. Until the confusion caused by this war is dispelled, we will not know how the world is genuinely reorganized; we are, in the midst of the fog, climbing a high mountain. I trust that the much worked out Agenda 2030 and the UN's multilateralism will be the answer we find at the top.