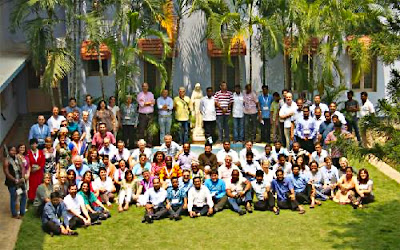 Educating for a committed global citizenship This was the title of a previous article in this blog. I suppose some people would think that the idea was not bad, but it was necessary to make it a little more concrete. That's what I intend to do now. To understand and feel ourselves as responsible citizens of the world means, besides a spectacular challenge, a change of paradigm. We could compare it to the Neolithic period; a change that took place in similar centuries, in all continents. Global citizens, sensitive to what is happening to that humanity made up of more than 7 billion people and 195 countries.

How can we make this paradigm shift reach, progressively, all the inhabitants of the earth? The UN, through The Sustainable Development Agenda, proposed a very significant change for our world; I do not believe that the 17 goals and 169 targets will be achieved by 2030, but they point to a real path of change, precisely because of their complexity and ambition. No, we will certainly not achieve that in 2030 all the inhabitants of the earth feel like Global Citizens, but we will have started the way to make it possible. I will not dwell on what has been said elsewhere: climate change, migration, trade, the media, COVID-19, present us with an increasingly global world, asking us for urgent changes.

Throughout history, education has been understood as a way of transmitting, from one generation to another, everything that is really important for living. Technical and scientific content is absolutely necessary for the maintenance and development of cultures; it is a necessary part of education. But if we talk about Education in a more original and profound sense; there are educational contents that seek to offer models and narratives to interpret and give meaning to existence; there are also contents more directly related to values and attitudes that build or destroy what each culture considers fundamental for living. Educational processes are key to transmitting deep changes and interpretative paradigms of reality. Well, living from the key of Global Citizenship implies conceiving the world, each person and ourselves, in a different way; it will make it possible for us to know what we have to do and how to interpret the world.

Of course, these processes of change must be considered throughout our lives, at the age of 10, 20 or 80. Anyway, although the principles I will suggest can be used for educational processes at any age, they are especially directed to Infant, Primary and Secondary education. As I said before, the change to Global Citizens will not be achieved by 2030. Focusing on childhood, adolescence and early youth has its reason for being; let's look at some numbers.

Claretians: Building the most beatiful city

The latest data (2011) from the Catholic School show that it serves 57 million students. Africa: 22,129,566; Asia: 14,086,827, America: 11,734,123, Europe: 8,468,014 and Oceania: 1,194,406. The data of theClaretian Missionaries (2014) have the same growing tendency as in the Church as a whole, especially in Asia and Africa: 100,136 students; Africa: 4,753, America: 33,646, Asia: 41,935, Europe: 19,802. The majority of the students in our Claretian schools in countries like India, the one with the greatest number and growth, are not Catholic (only about 2%). The Catholic Church and, in particular, the Claretian Missionaries, have a great possibility and a great responsibility in the implementation of the educational processes towards Responsible Global Citizenship. An attitude towards life that can be taught and learned.

The Agenda 2030 gives us the orientations of where to go

Taking the Agenda 2030 of Sustainable Development Goals will allow us to direct the efforts of the Claretians in the same direction, regardless of the religion or religious affiliation of our students. Furthermore, Agenda 2030 is a place of dialogue, collaboration and common effort among the agents of Civil Society, each nation-state and supranational organizations. Agenda 2030 is a real POINT OF MEETING AND COLLABORATION between those of us who are to be agents of change. For us, with an ideology or "book of values" for Catholics in educational centres, the encyclical Laudato Si should be the "soul" of Agenda 2030; Pope Francis has made clear on many occasions the coherence and complementarity between Laudato Si and Agenda 2030, for Catholics. The same has been done by the leaders of the great religions, referring to Agenda 2030 and their respective creeds.