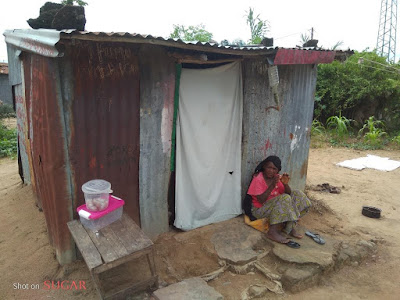 The Democratic Republic of Congo

The COVID-19 in the Democratic Republic of Congo was first identified on March 10, 2020, from a French man returning to the country. The Head of State Felix Antoine Tshishekedi, after a week, declared the closing of the entire country from all activities. Hence the state of a health emergency. The Democratic Republic of Congo is the eleventh African country with the most number of cases of Covid-19, mostly in the capital and five other provinces, with 3,494 confirmed cases, 492 cases cured, and 74 deaths.

The pandemic has affected our nation, but the government is unable to take care of all the sick because there are no sufficient infrastructures for everyone and access to medical care is difficult. There is no logistics in terms of health security.

As in all of Africa, the Democratic Republic of Congo has not been spared by this pandemic, it has made the people very poor. The economy is going bad, the wages are not good; the price of food has increased, the crime rate has increased, theft, rape, and murder everywhere, the people live “by the grace of God,” and this situation leads to them to begging and also to harassment and theft.

COVID-19 has its advantages, and its sufferings, so I think that Agenda 2030 with its sustainable development goals Africa, in general, and the Democratic Republic of Congo, in particular, it is a vital tool to strengthen the prosperity of Africa. It is possible that Africa can grow in unity, good democratic governance in peace and justice, the people have the right to aspire to greater well-being. Health social security can eradicate hunger and poverty if we focus on it. COVID-19, with its consequences, has come to join the current concern for the sustainable development of the nations, and specifically in Africa. There is much work to be done following the guidance of the 2030 Agenda for Sustainable Development Goals. 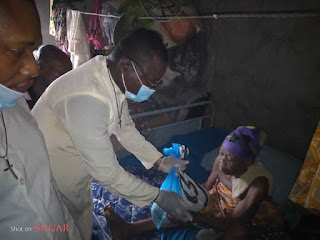 When we talk about Global Citizen, we refer to all human beings and all the countries of the world. It is easier for us to see what makes them different from each other. Men are indeed different in the color of their skin and in the way, they pray and speak. It is also true that some men are rich, and others are poor. In different places, the way of life and living are different.

However, history teaches us that it is more important to realize how people are alike. Everyone has the same human hopes, dreams, and desires, whether we are from North American, Latin American, Asia, Africa, or Europe. We all want the same things, living in peace. We live in the time of the search for Solidarity. People want to feel safe in the places where they live and they don't want to be poor, hungry, or sick.

Every citizen wants to build a better life for them and fir their children. To own a farm, to work in a shop, and to have a better job at the factory. They also want the freedom of speech and writing to express their ideas. They want to have the right to learn in schools and colleges. Most of all, they want to be self-governing and not ruled by another country. They want to decide through free elections.

Global CITIZENSHIP, includes men and women who fight and die for their freedom. Today, millions of people in Africa have become self-governing nations.

Thus, a global Citizen should learn how to realize the dreams that we must share without losing self-governance. A global Citizen has a mission to build a New World. May people live as free men, free from misery in a free country; that's the dream of millions of people around the world. It is a long and difficult road to walk, but we can do it.

Each Claretian, Priests, brothers, and the laity are concerned. However, each person wants freedom and peace. It is a dream for us to build a New World, increasing the sense of solidarity and universal fraternity. It is a long and hard way, but together we can do it. Our different provinces, delegations, and missions have the purpose of working in this way. 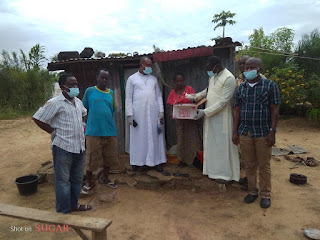