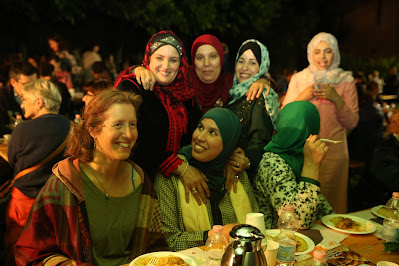 Founder of Via Gaggio Community

COVID 19. From these data, we tell what the association Comunità di via Gaggio is experiencing. We live in the city of Lecco, province of Lombardy. We have more than 45 years of life behind us and we pay attention to the history of young people, especially adolescents. Since the year 2000, we have been paying special attention to those who come from many countries of the world in search of a better standard of living.

The "Via Gaggio Community" in these months of confinement has continued the activity of the Crossing project (aimed at adolescents attending secondary schools) in which two professional educators and some volunteers participate. Using the tool of a group or individual video calls, since the end of February the relationship has been maintained with about 50 adolescents, addressing them on issues related to daily life, the future, affectivity, and other aspects of life. 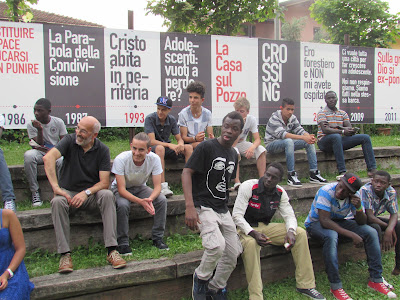 Here are the objectives of the proposal for the summer: "Crossing Inspiration", aimed at the adolescents and young people of the area. "Inspiration" because:

● inhaling is a corporal act and the proposed path wants to start from the physicality, which the period of confinement has compressed and exposed as a factor of criticality.

● "inspiration" in English is also inspiration, that is to say, to light a spark from which to extract fire to illuminate one's life steps.

Breathing is life: from the understanding of the emergency we have lived and are living, an intelligent and positive look at the future can begin

● the chronicle of these days gives us the slaughter of George Floyd and his "I can't breathe": the world's horizon must be kept alive against all restriction and closure. Keeping one's eyes open and one's memory active can be two tools for cultivating and keeping civic responsibility and building one's citizenship.

There are four proposed routes that will take place in the morning from Monday to Friday, from 24 June to 24 July:

A. Experience sound: discover yourself through music

B. Art and environment

C. Expressing yourself through the body

D. Photography and the environment

Each route is designed to:

- Offer participants the opportunity to re-elaborate the experience of the past months at home, acquiring elements to reduce fear and "talk" about some dimensions of their lives.

- To reappropriate one's corporeality and physicality, rediscovering it and repeating it in one's relationship with oneself and others.

- Giving space and value to sociality

- Experience your territory and your living environment 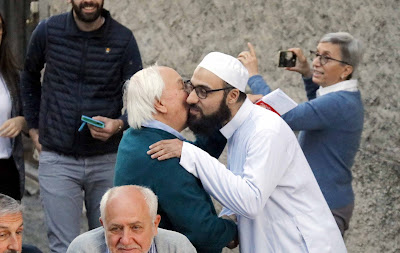 For the realization of the project, the Association brings its structure in Corso Bergamo 69 in Lecco (Casa sul Pozzo), its volunteers, and its ability to create networks and find human and economic resources.

Two actions of attention were developed in the months of March/May 2020 both for the young people and their families and for a network of a few hundred people: the daily accompaniment of words, in the time of confinement of the COVID-19 and, in the period of Ramadan, a daily reflection connecting the Koran and the Gospel. More than half of the adolescents participating in the Crossing project are Muslims. The idea is to offer keys to reading life so as not to make a superficial reading of own life. We seek to give space to breathe, both for the young people and for the inhabitants of the city and its surroundings.

Founder of Via Gaggio Community

Inspiring and accompanying the Community of via Gaggio