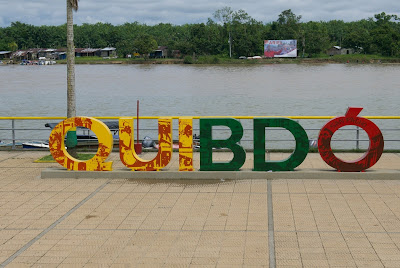 The Department of Chocó is located in the northwest of the Republic of Colombia. According to the National Administrative Department of Statistics - DANE (2018), this Department has a population of approximately 534,826 inhabitants and an area of 46,530 km2.
One of the benefits of the Choco territory is the possession of coasts in both the Pacific and Atlantic Oceans, which makes it possess a particular strategic position in the national geography. Its capital is Quibdó, with an approximate population, according to DANE (2018), of 120,679 inhabitants.
Despite its wealth of biodiversity and natural resources, added to its strategic geographical position, this territory is one of the most stigmatized and violent. Similarly, despite its extraordinary wealth in mining, timber and fishing, it is classified as one of the poorest departments in the country and, in recent years, has the highest unemployment rate, which according to state figures, currently stands at 22.5%.
The Department of Chocó has been one of the hardest hit in the country by the practice of the extractive economy, which has been increasingly strengthened by neoliberal economic dynamics and particularly by the market economy and armed actors.
It could be said that the dynamics of hegemonic geopolitics or dominant power imposed on Colombia and strengthened through the Economic Opening, which came to Colombia during the government of President César Gaviria between 1990 and 1994, has had a very particular impact on Chocó's territory. Thus, within the spatial dynamics of power, Chocó has been invaded by foreign mining, logging and fishing companies and by the presence of legal and illegal armed actors, which has led to a criminalisation of the territory, and then facilitated the way for the plundering of its natural resource wealth - mining, logging and fishing - among others, by foreign investors. Thus, poverty in Chocó is increasing and there are no state policies that show a commitment to social equity that would stop such an increase in poverty and social inequality.
However, these marked social inequalities, seen with profound indifference by the vast majority of Colombian society and by all governments in power (since it has been assumed as something normal and natural), with the arrival of the Covid-19 pandemic in Colombia and, specifically in the Department of Chocó, have been made totally evident, which does not mean that it will change the historic form of intervention by the national government in Chocó territory. Today we only speak of humanitarian aid for Chocó, but not of profound changes that would reduce the social gaps and historical inequalities that exist.
Some elements to highlight:
According to official reports from the Chocó Governor's Office, the Department has a deficient public health network; therefore, in the face of the Covid-19 pandemic, it is in a worrying state of vulnerability, due to the presence of pre-existing diseases such as hypertension, malaria and dengue, among others. The public network does not have Intensive Care Units - ICU; the private sector has only 27 beds at this level in three hospitals, to deal with a possible emergency throughout the Department.
In the field of education, the situation is no less complex. According to DANE (2018), 7.2% of the population completes primary education; 3.6% completes secondary education; 16.6% of the total population has access to university-level education; 2.6% has access to the Specialization level; 0.5% has access to the Master's level; and 0.2% has access to doctoral education. But beyond the above, as a result of the preventive isolation and quarantines taken as measures to prevent and contain the disease, there was a need to virtualize all the country's academic offerings, both public and private; Here, the State's abandonment and disdain for the country's education in general was evident, and in the case of the Department of Chocó, inequalities were once again marked; since students had neither the computers nor the Internet service to deal with this new reality, and even less the technological and pedagogical skills to deal with such an emergency; so education largely collapsed.

According to the Department's Secretariat of the Interior, in addition to all this, there was the aggressive retaking and control of some territories by illegal armed actors, which made the social crisis in Chocó even more profound. The work of the public forces, some governmental actions at the national, departmental and municipal levels, and national and international cooperation are recognized, but all of this ends up being insufficient in the face of the deep and historic inequalities that continue to be perpetuated in this territory without any hope of a future in the short or medium term.
In summary: with the high rate of poverty, unemployment, violence in the countryside and in the cities, hunger, children and young people unable to continue their studies, with all the psychosocial affectations, it can be warned that after the Pandemic, or at least after the isolation and compulsory quarantine, all these evils will increase and, therefore, the Department of Chocó faces a long, dark night.

“Solidarity and responsability with El Chocó”