Back to the old days soon? No, please! EN 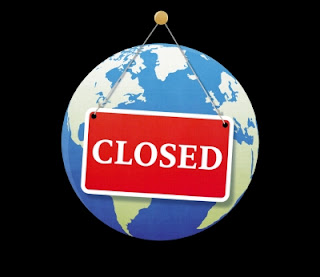 Back to the old days soon? No, please!

"The day after" is a website, a collaborative project, and was, this week, a moment of meeting on the Internet for more than a thousand people. Five panelists presented their views on how the world was going to face things after the Coronavirus crisis. Among the opinions, questions, and answers of the panelists, some ideas emerged, at least, surprising ones. One of them was the one that leads to this reflection. Many, said the speaker, are wondering when we will return to normal when everything returns to the way it was before! The panelist answered himself: "I hope that we will not return to the previous situation, living like this is what has brought us to this disaster." Hopefully, the change will be for the better, that is what all of us were hoping for in "The Day After".

The First World War, the Great War, the one that tried to get rid in a few days, the fruit of the imperialist aggressiveness from Bismarck, Germany and caused 16 million deaths in Europe. The necessary reflection, the one that has to take place after every catastrophe, was not done, neither the winners nor the losers. In the Treaty of Versailles (1919), the victors sought to make up for the defeated through war reparations. The hatred of the vanquished for the victors grew without measure, leading to the second part of the war. Perhaps World War II would have taken all kinds of forms, but there is no doubt that the Treaty of Versailles accelerated it. Only after 60 million dead, a destroyed Europe and countries like Japan, the Philippines, and China were strongly affected, it was thought that it was necessary to build a new worldwide order. Apart from the countless damaged material suffered between the two wars, there were about 80 million dead. After such devastation of entire countries, it was finally seen that the solution did not lie in imposing war reparations on the defeated; the solution implied a new world order and involved helping countries to rebuild economically and democratically. The peace treaties of Yalta and Potsdam (1945) meant, for example, the creation of the United Nations (1945), the end of colonialism, the birth of the European Union, and yet the Cold War began.

Why have I brought the memories of the two world wars here? The two wars, or rather the two post-war periods, give us clues as to how to act after a major catastrophe. And the Coronavirus, COVID-19 pandemic is. Each country, or nations, can shut itself up in its interests and selfishness (autarchy) or can think deeply about the reasons for the evils and imagine a new future. The future goes through global governance solutions and positive, non-exclusive alliances between countries.

Shortly before the appearance of COVID-19, the world was concerned about the economic and strategic struggle between China and the United States. The countries that participated in COP-25 came out happy, each defending its own. These are two examples of the road to the enclosure, with many aspects in common with what happened after World War I. Going back further, we find the Avian Influenza and HIV Pandemics; the latter has accounted for 32 million deaths. Just mention all the disasters caused by climate change, widely discussed in this blog. Everything seemed that, within the bad, it was relatively normal and manageable. But COVID-19 came along and unsettled all the big and small concerns. In the face of COVID-19's unexpected rapidity of contagion and mortality, all the health security systems in China and the countries of the North jumped; each country began to think about how to solve things on its own without realizing that this is a matter of the past. China was first to lockdown in the beginning, perplexed by what was happening. Europe shows selfishness, closed-mindedness and the difficulty of thinking in terms of solidarity among the countries of the EU itself. Even the Minister of Health of the Netherlands considers that the care of the elderly and the sick in countries like Italy and Spain is the cause of saturation in hospitals and ICUs (intensive care units); she has solved this problem by not sending those who have no cure in the hospital (?). The USA, or rather Trump, thinks that "America first" and then... Again, we are facing the selfish and short-sighted solution after the First World War. Who has remembered Haiti, Ghana, the Amazon, Indonesia, India, Uganda, Nigeria...? Will we look beyond our borders? Will our governments, begin to think beyond the short and particular interests; will they and we all start to think of Humanity as a unique and interrelated reality?

During these weeks, there have been many signs of solidarity and dedication in Spain, no doubt that in every country ravaged by COVID-19 as well. First, those were in charge of attending the overflowing healthcare in the hospitals. Still, there have been many more gestures, such as volunteers taking food to the homes of the elderly and sick or the thousands of solidarity interventions and meetings through the Internet. The closeness, within the physical distance, has been broken into the relations between neighbors of nearby blocks or small villages; from balconies and terraces, one can feel the fraternity, and the best of the people is coming out; the anonymity that characterized neighbors is being blown away. Will the governments of our countries be up to the people who have elected them? Will we, Catholic believers, be up to a world that needs solidarity and hope more than ever? Will, we, the whole of civil society, be capable of provoking a change of era; a paradigm shift in the organization of relations in the world? The answer to all these questions is, necessarily, YES.

Pope Francis on the evening prayer of March 27: "We find ourselves afraid and lost. Like the disciples in the Gospel, we were caught off guard by an unexpected, turbulent storm. We have realized that we are on the same boat, all of us fragile and disoriented, but at the same time important and needed, all of us called to row together, each of us in need of comforting the other. On this boat… are all of us. Just like those disciples, who spoke anxiously with one voice, saying “We are perishing” (v. 38), so we too have realized that we cannot go on thinking of ourselves, but only together can we do this."

Go back to what we were doing before? Please, NO! We are all called to push the world so that the new worldwide guidelines that will emerge from all of this will be much more supportive and responsible. We have a few roadmaps. The Gospel, for us Christians, is the first one, but we have a shared space to work with all human beings. The 2030 Agenda for Sustainable Development Goals represents the common horizon. It is the New Deal par excellence.